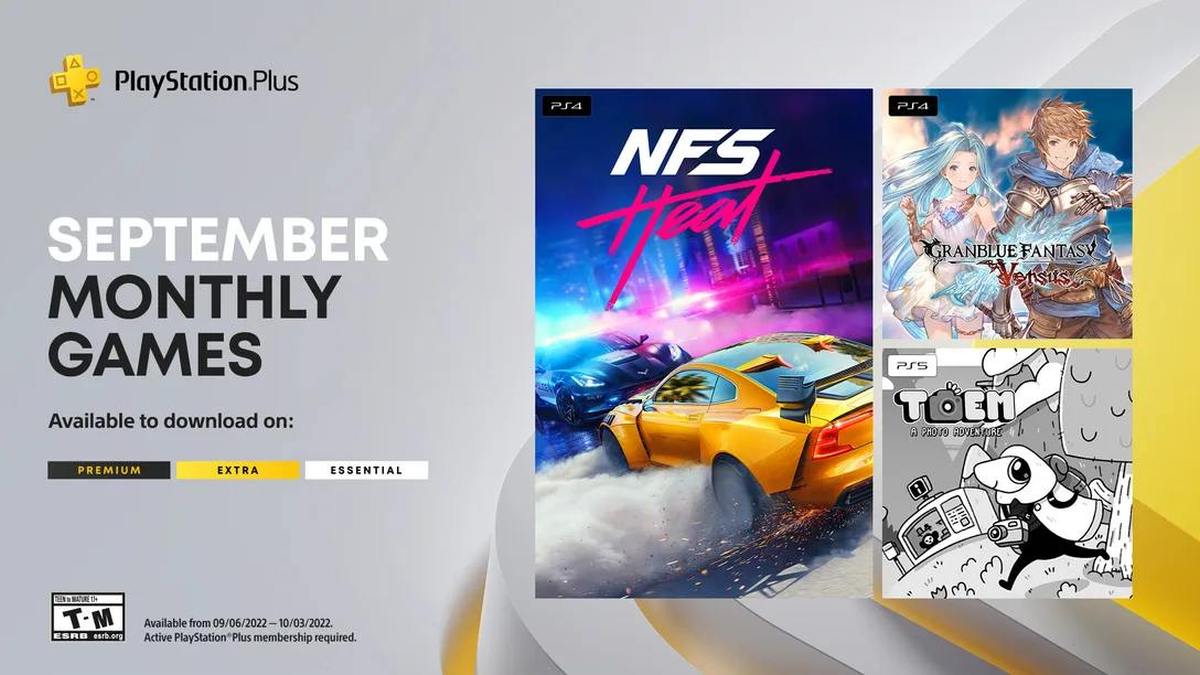 Today Sony Interactive Entertainment announced the monthly games that will be granted to PlayStation Plus subscribers in August 2022 at no additional cost.

Subscribers for the Essential service will get Need for Speed Heat and Granblue Fantasy: Versus for PS4, on top of Toem for PS5.

All of them will be available on September 6.

Hustle by day and risk it all at night in Need for Speed Heat, a white-knuckle street racer, where the lines of the law fade as the sun starts to set. By day, Palm City hosts the Speedhunter Showdown, a sanctioned competition where you earn Bank to customize and upgrade your high-performance cars. At night, ramp up the intensity in illicit street races that build your reputation, getting you access to bigger races and better parts.

Legendary fighting game studio Arc System Works brings the Granblue Fantasy universe to PlayStation in an action-packed, head-to-head fighter. Granblue Fantasy: Versus features a colorful cast, each with a unique fighting style. Also includes an RPG mode that features an all-new, original story. Play solo or team up with a friend to fight waves of enemies in thrilling action-RPG combat.

Set off on a delightful expedition and use your photographic eye to uncover mysteries in this hand-drawn adventure game. Chat with quirky characters, solve their problems by snapping neat photos, and make your way through a relaxing landscape.

Premium subscribers will also get their usual serving of PS3 and PSP classics including Syphon Filter 2, The Sly Collection, Sly Cooper: Thieves in Time, Bentley’s Hackpack, Toy Story 3, and Kingdom of Paradise.

Both Extra and Premium games will be delivered on September 20.

Do keep in mind that you have a few days left to grab the games from August’s lineup before Sony makes them unavailable.