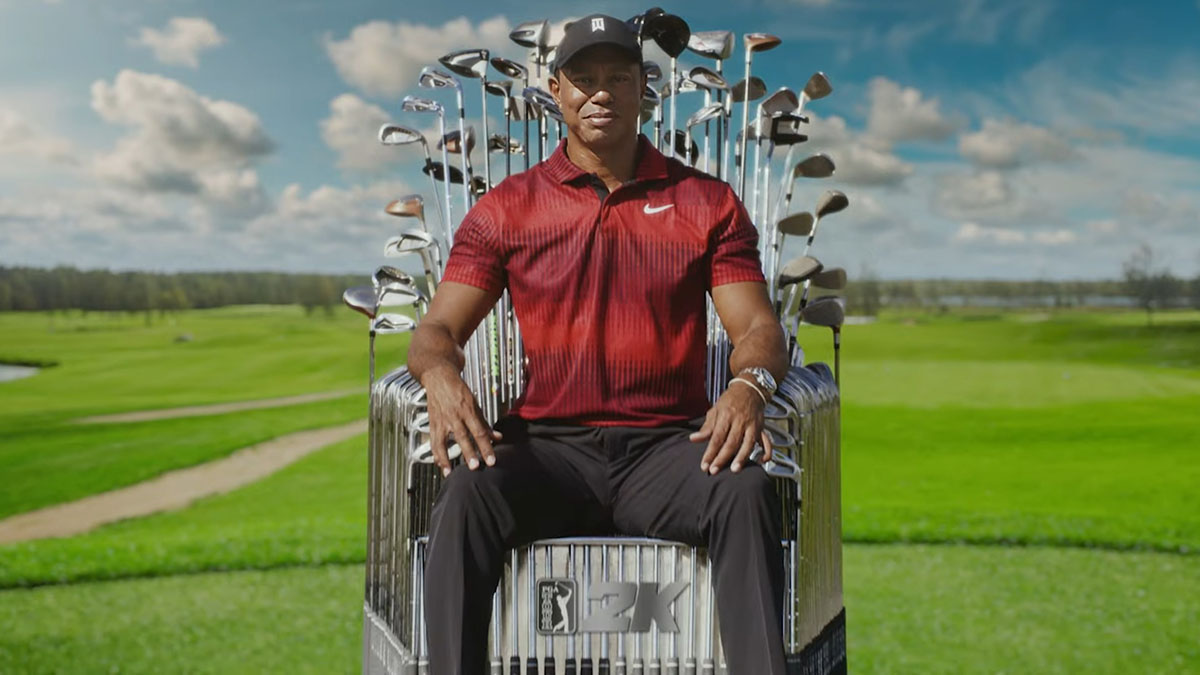 Following on the success of PGA Tour 2K21, the new game will launch for PS5, PS4, Xbox Series X|S, Xbox One, and PC on October 14, but if you get the Deluxe Edition or the Tiger Woods Edition, the release date is actually October 11.

Did I say Tiger Woods? Oh yes. I did say that. The veteran golfer returns to the cover of a video game after many years, but that’s far from all, as he’s also the “Executive Director” for the game, directly supporting the development team.

Woods isn’t the only famous golfer included in the game, as more known names appear, including Justin Thomas, Lexi Thompson, Tony Finau, Lydia Ko, Collin Morikawa, Will Zalatoris, and Brooke Henderson. Yet, they don’t get to sit on a throne of clubs.

You can either play an established professional in the Exhibition, multiplayer, and Divot Derby modes or you can challenge them in the PGA TOUR MyCAREER mode.

The game will include 20 licensed courses at launch including the Wilmington Country Club South Course, the Renaissance Club, the St. George’s Golf and Country Club, and more. The Course Designer also makes a comeback.

You can check out the trailer below, alongside another video with Tiger Woods himself chatting with “self-proclaimed” World’s greatest golfer Christopher McDonald.