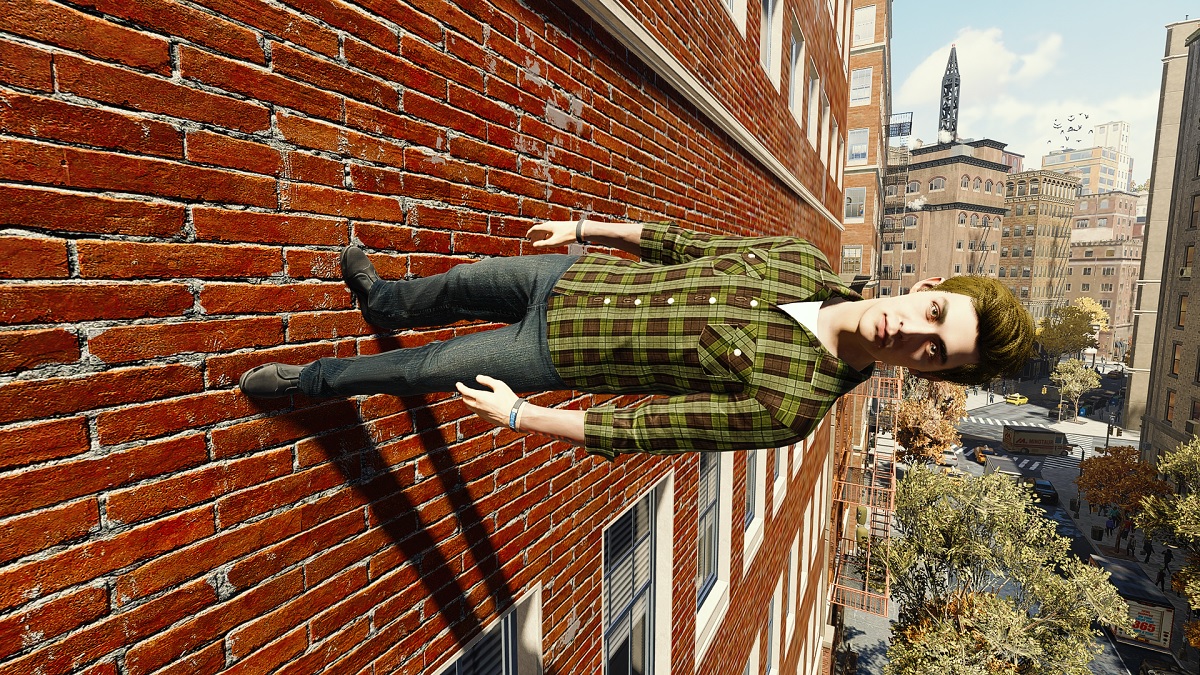 By all accounts, what Insomniac did with Marvel’s Spider-Man—and Miles Morales—was nothing short of a miracle. The story was great, the web-slinging was top-notch, and the combat was excellent. However, when the remastered version was released, something seemed off about Peter Parker: his face was entirely different. The original model, John Bubniak, was replaced with Ben Jordan.

To keep things neat and tidy, it’s only natural for developers to dump the old models. Why keep them around if they aren’t being used? It’s a waste of space. However, the modder “Tiffsomniac” uploaded a mod that replaces Ben Jordan with John Bubniak. According to the description, it was a static model leftover in the files.

Unfortunately, it stops at being a static model; in fact, viewing the images, you’ll notice that the textures of the skin stop at the wrist, only to convert to Ben Jordan’s model. It looks like Peter Parker’s wearing a long sleeve, skin-colored shirt. Even worse is the horrifying nature of the face in cutscenes. That isn’t going away, so it’s nothing but nightmare fuel.

Does this mean John Bubniak’s model will make a return in Marvel’s Spider-Man? It’s unlikely, but modders are clever people. Even if the mod isn’t a representation of someone trying to restore the model, all it takes is a dedicated fan. A lot more work would still need to be done.

Until then, you can fill your life with more Spider-Man by checking out his appearance in Marvel’s Midnight Suns. If you’re invested in the MCU, you can see where Spider-Man: Freshman Year fits in the timeline.