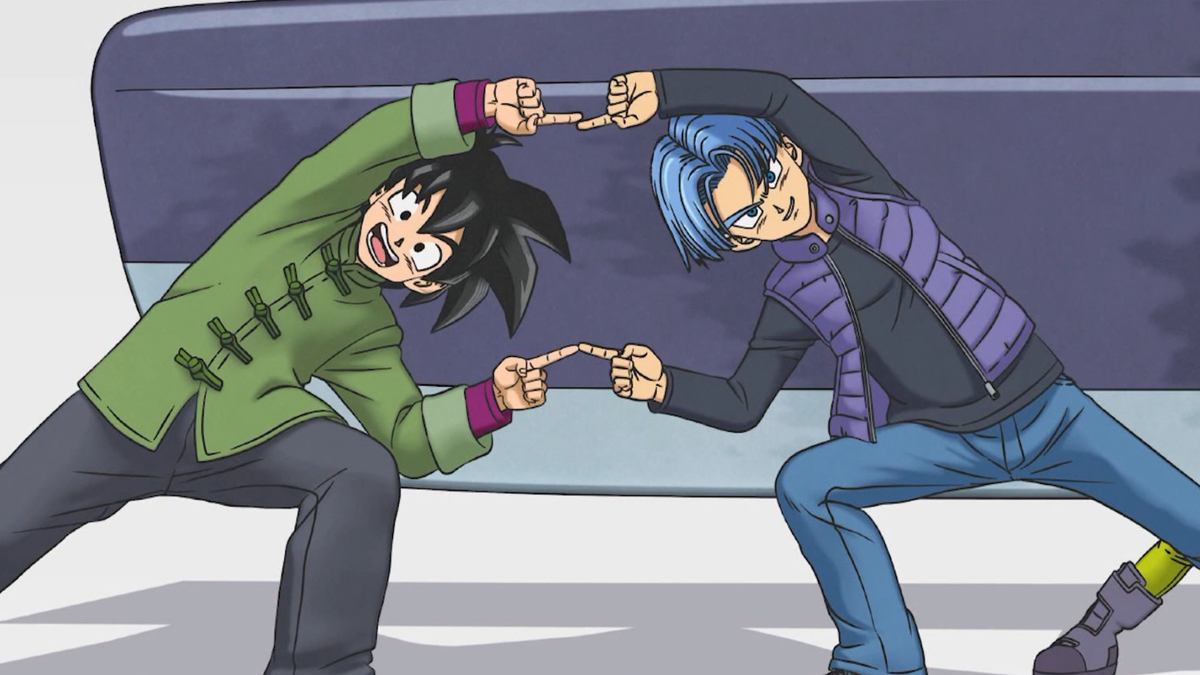 Dragon Ball Super: Super Hero is all about putting the spotlight on the forgotten Z Fighters of the series, namely Piccolo and Gohan. But there’s one character who hasn’t had his moment in the sun since the Buu Saga ended years ago – Gotenks. The poster for DBS: Super Hero seemingly teases his arrival with the image of Goten and Trunks doing the fusion dance, but does the fused character make his presence felt? Here’s everything we know about whether Gotenks is in Dragon Ball Super: Super Hero.

Are Trunks and Goten in Super Dragon Ball Heroes?

Gotenks does appear in Dragon Ball Super: Super Hero, but not in the way you’d expect. Eagle-eyed fans noticed that Trunks and Goten’s fusion pose is off in the poster for DBS: Super Hero, and that small detail is incorporated into the movie.

Dragon Ball Super: Super Hero takes place three years after the conclusion of the anime, meaning that Goten and Trunks are now teenagers. The boys arrive at the Red Ribbon Army base in the movie’s final act to provide backup against Cell Max. Their first instinct is to fuse to even the odds against the rampaging monster, but being out of practice, they botch the fusion dance.

Yeah, it’s been done. So many times. The trial-and-error fusion trope is one that Dragon Ball fans have largely outgrown but DBS: Super Hero manages to subvert the trope and go against expectations. Rather than have the usual montage of Goten and Trunks perfecting the fusion, they decide to roll with the punches and take on Cell Max in their chubby and overweight form.

The form leaves Gohan at a massive disadvantage and unable to power up to Super Saiyan, but it adds some creativity to the fight and further emphasizes the threat of Cell Max. Despite the odds being against him, Gotenks actually makes a dent against Cell Max’s weak spot in a particularly fun sequence which sees him ricochet around the battlefield like a pinball.

The final scene of the film sees Goten and Trunks attempt the fusion again, this time with perfect coordination – but unfortunately, the camera cuts away before we get to see the perfected Gotenks fusion.