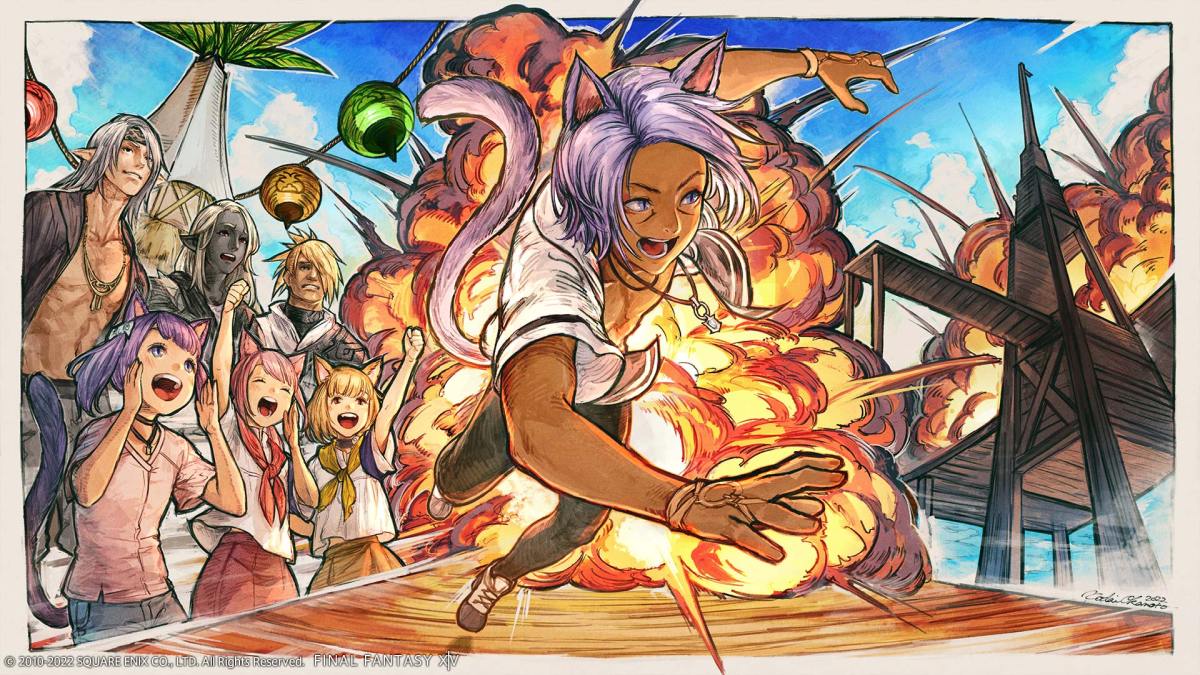 The event will run between August 10 and August 26.

In order to start the quest, you need to be level 30. You then have to go to Limsa Liminsa Upper Decks and talk to Mayaru Moyaru at the coordinates X:11.5 and Y:13.8.

Once you complete the quest, you’ll receive the Summer Sunset outfit and the Summer Bonfire outdoors furnishing, which you can see below.

Looking at the illustration above, we’ll likely meet familiar characters from previous years, on top of having to deal with the infamous jumping puzzles.

If you’re unfamiliar with the Moonfire Faire, it’s one of the most classic events in Final Fantasy XIV, originally launched as “Firefall Faire” all the way back in 2011 during 1.0’s first year. Since then, Square Enix has hosted it every year.