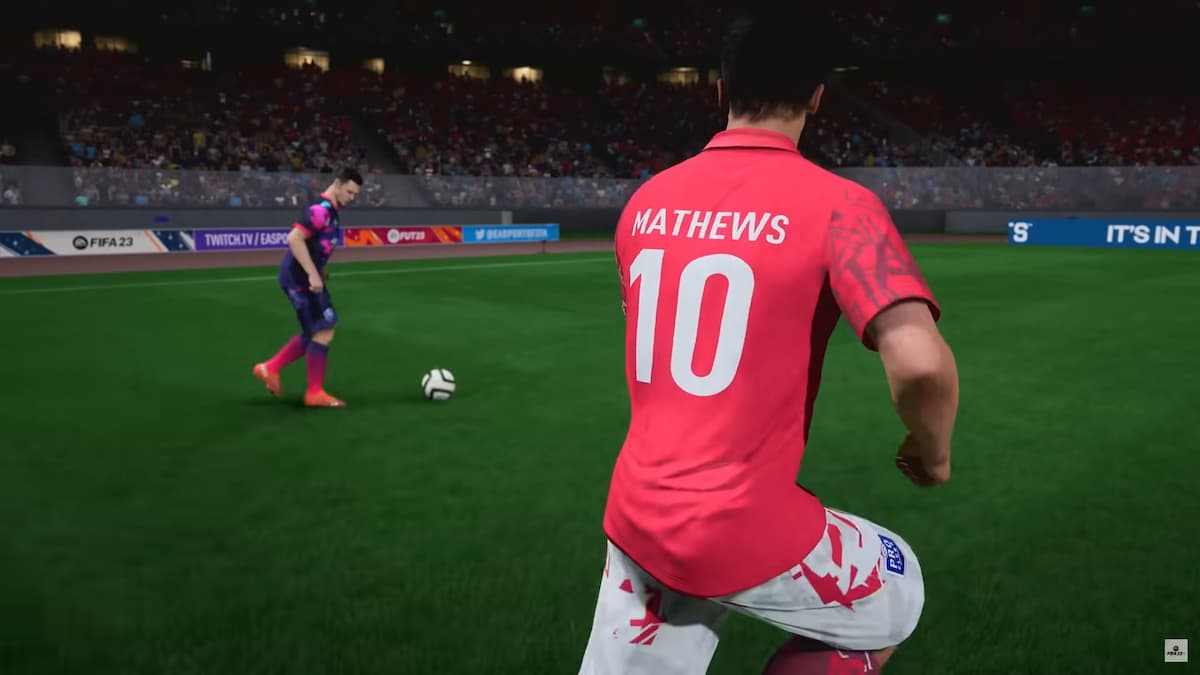 As part of its deep dive pitch notes on FIFA 23’s Pro Clubs, EA Sports has addressed the backlash following its announcement that cross-play would be skipping the popular multiplayer mode in its latest entry in the soccer series.

“I share your desire to see cross-play in Pro Clubs, and understand the frustrations for not seeing it included in the launch of FIFA 23,” Waltz said. “While we’re excited with the first steps to bring new cross-play features to FIFA 23, we also recognize what cross-play functionality could mean to the Pro Clubs mode with the potential for improving matchmaking and allowing friends from different platforms of the same generation to play together.”

“With the scale of such an important feature, our goal is to bring you the best possible experiences,” he continues. “As we look at our cross-plat future, we’re focused on matchmaking in Pro Clubs, VOLTA and FUT Co-op, as well as cross-platform lobby invites and ultimately cross-platform Pro Clubs.”

“We’re eager to provide updates in the future as the team continues to execute the plan for the future of cross-play. We love the passion of our community, and you help strengthen our resolve to push the mode forward and to bring quality changes for you to enjoy as players.”

Fans of the popular game mode were disappointed following EA Sports’ announcement that cross-play functionality would only be coming to ‘1v1 modes’ such as Ultimate Team or Online Seasons. As Pro Clubs is a mix of co-op and competitive multiplayer — where groups of players on the same team take control of one player each and take on other teams online — where up to 22 players can be in one match, cross-play functionality is not coming to the mode in FIFA 23.

This prompted players to start a #SaveProClubs trend on Twitter, with a community response to the news being shared via various accounts on Twitter. The same message was posted to the r/FIFA subreddit, and received 3,000 upvotes. Fans cited exceedingly long matchmaking times finding a match in the game mode as the primary reason for concerns, while also noting that the extremely popular Ultimate Team mode was receiving the functionality, which EA itself cited as a significant revenue driver in its financial figures.

EA’s response to the community’s backlash does suggest that cross-play functionality in Pro Clubs and other multiplayer modes may be coming in the future, though no timeline for it was given at this time.

In the same post, EA shared the improvements that are coming to Pro Clubs in FIFA 23, such as Skill Games, an overhauled progression system and new perks.