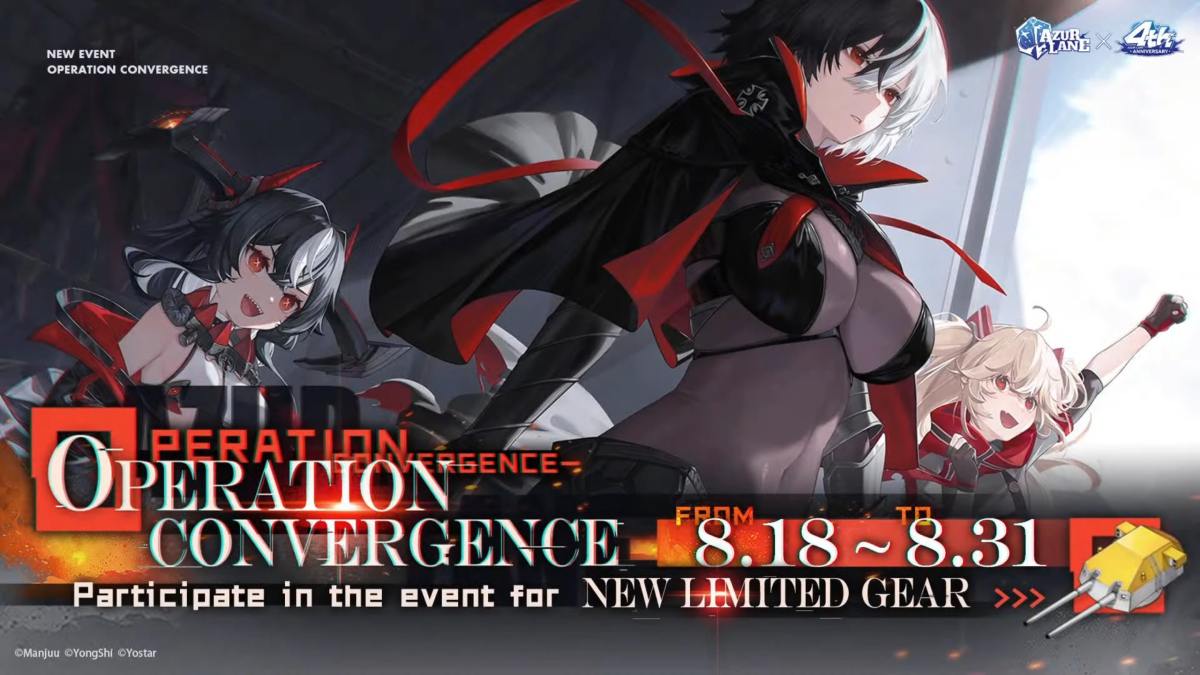 Today, during the 4th Anniversary Livestream of the global version of Azur Lane, publisher Yostar revealed the next event coming to the game.

The event is titled Operation Covergence and it focuses on the Iron Blood. It’ll start on August 18 and end on August 31.

It also includes “sporty” skins for all three on top of Isuzu, Kirov, U-96, Hornet, Weser, and Magdeburg.

We’re also getting a new Oath skin for Helena and a retrofit for Charles Ausburne.

Below you can check out the trailer, the art for all the shipgirls and skins, and the anniversary music video.