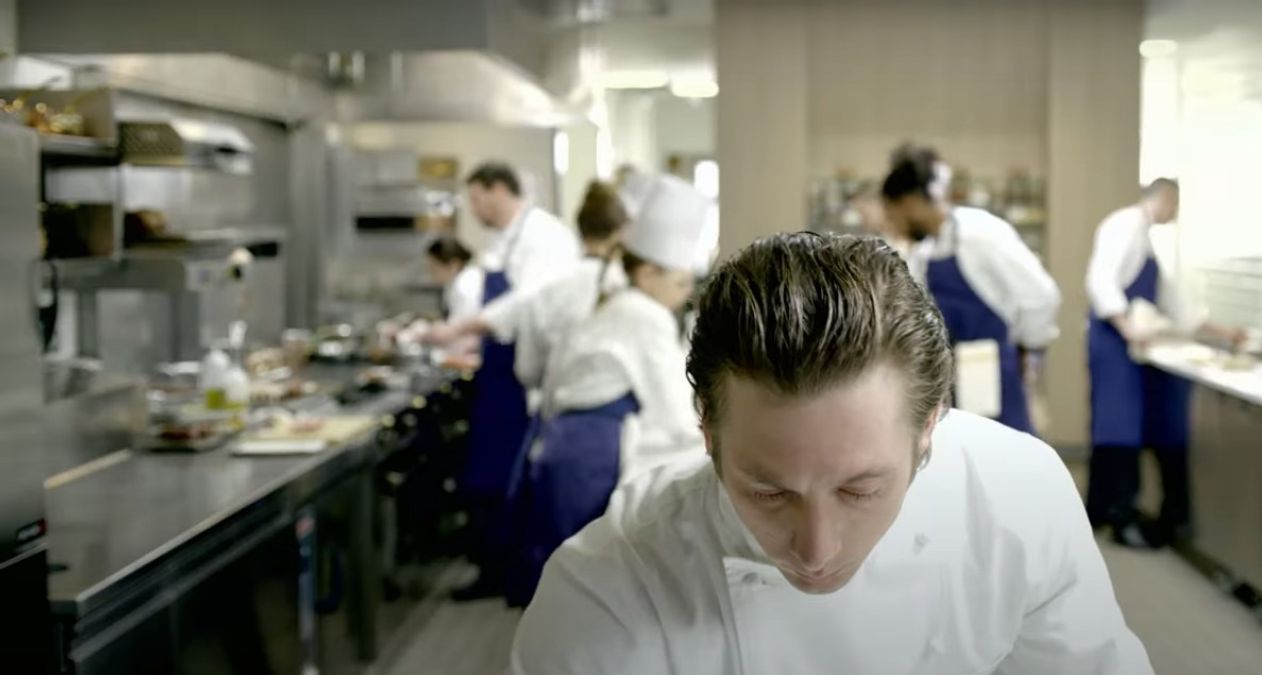 The FX/Hulu series has achieved critical acclaim and won viewers over with its unfiltered depiction of working in restaurants and hospitality, but you may be left in the dark when it comes to some of the lingo. One aspect of the series that has received attention from industry veterans is its BOH depiction of restaurants. But what does that mean exactly? Here’s everything we know about what BOH means in The Bear.

What Does BOH Mean In The Bear?

BOH is an acronym for Back of House and is typically considered to be the sections of a restaurant that are closed off to the public and diners. Back of house is the beating heart of any restaurant and is typically where most of the behind-the-scenes action takes place.

The Kitchen typically acts as the center of the back of the house and is managed by the head chef, who supervises kitchen staff, develops menus, orders ingredients, and handles administrative responsibilities. Fans who have worked in the back of the house of restaurants have noted how well the series conveys the chaotic nature of working in the kitchen as well as the tension and toxic behavior which can often be there.

How Is BOH Portrayed In The Bear?

To achieve the show’s feeling of authenticity and accurate portrayal of urgency that comes with working in the back of the house, series creator Christopher Storer enlisted Canadian chef Matty Matteson as a co-producer.

Matteson appears on screen as handyman Niel Frak, but his main role behind the scenes was to make sure that the show was believable. Matteson has had a respectable career as an executive chef of the Canadian restaurant Parts and Labour and has since opened another two restaurants in Toronto. He’s also made guest appearances on Jimmy Kimmell and Vice’s show Munchies.

Matteson took the cast under his wing to ensure that their portrayal of chefs was as accurate as possible. Part of this process involved enrolling the cast in real-life culinary training programs. Jeremy Allen White, who stars in The Bear as Carmen “Carmy” Berzatto, even took on a two-week crash course in cooking before going on to work under different chefs in New York, Los Angeles, and Chicago for a year.

Experience in food service was considered to be a vital component of the series’ success with the talent behind the show have experienced first-hand the frantic nature of the industry. Co-Showrunner Joanna Calo worked in an ice cream shop in New Jersey and Storer’s sister Courtney is a professional chef.

The Bear is a series that will stay with you long after you’ve binge-watched the eight-episode series. The series perfectly encaptures the rhythmic routine and structure of working in a kitchen through the collective yells of ‘Yes, Chef!’, ‘Hands!’, ‘Heard!’

It wouldn’t be surprising if many kitchens are now filled with screams of ‘Corner!’ or ‘Behind!’ Of course, it’s important to remember to refer to everybody as “Chef,” as it’s a sign of respect.

The little things also go a long way in making The Bear such an accurate depiction, whether it’s drinking out of Tupperware, chain-smoking, or Carmy’s regular routine of crashing out in front of his TV with a bag of chips after working a full shift at ‘The Beef.’

Then there’s the sheer chaos – the knife injuries, cuts, and burns – that come with working in a fast-paced kitchen. There are also the walk-outs, emotional breakdowns, cursing, and outright brawls that can occur when the tension reaches boiling point.

The Bear is so accurate in its depiction of BOH culture that even professional chefs have spoken out about the series.

What Are Chefs Saying About The Bear?

Many professional chefs have actually been unable to finish The Bear due to the authenticity of its portrayal of Back of House culture, warts and all.

In a post for Bon Appetit, Michelin Star chef Genevieve Yam described the series’ depiction of the toxic behaviors found in the kitchen as “so accurate, it was triggering.”

It reminded me a little too much of what it was like to fend for myself in a chaotic, cutthroat kitchen. After watching, I spoke with other restaurant workers. We all agreed the show is a stark reminder of our trauma.

What Is The Bear About?

The Bear follows Carmen Berzatto, a James Beard Award-winning chef who returns to Chicago to manage his Brother’s sandwich shop after his death. Throughout the series, Carmen attempts to return the shop to its former glory while facing resistance from staff and coming to terms with his grief.

The series currently sits at 100% on Rotten Tomatoes and was renewed for a second season earlier this month. You can watch The Bear on FX on Hulu, and the series is set to be released internationally on Disney+.

That’s everything we know about what BOH means in The Bear. Be sure to check out what we thought of THAT cameo in The Bear and our entertainment coverage below.