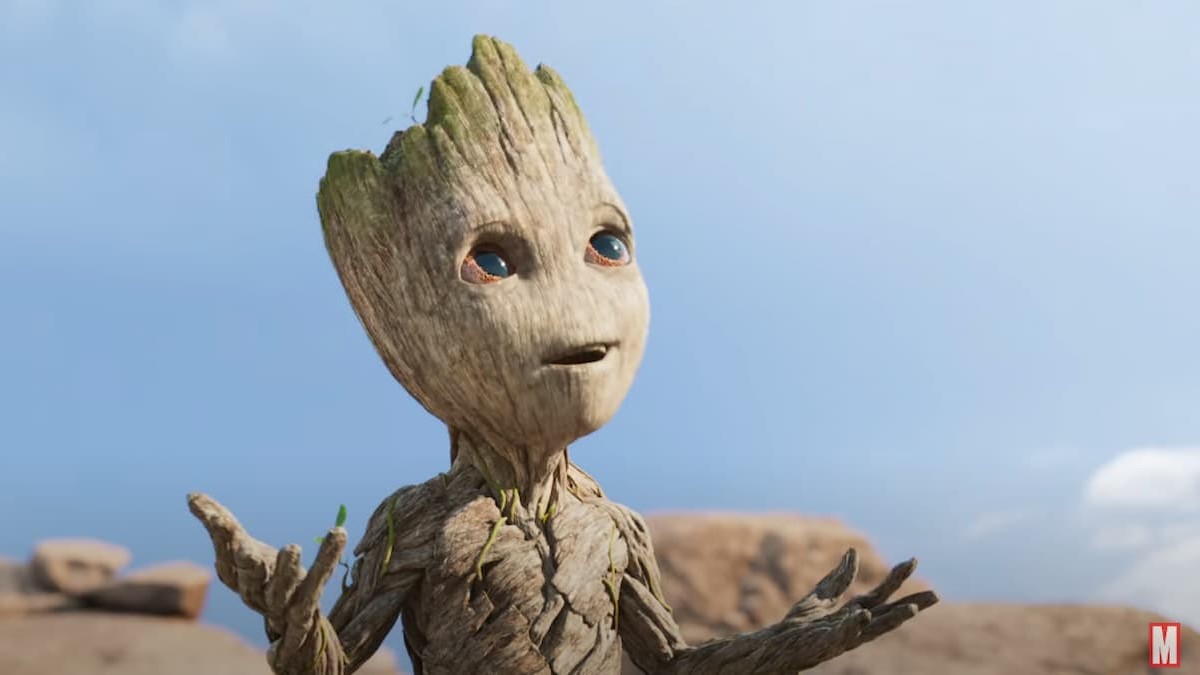 Everyone’s favorite lovable tree is finally getting his own adaptation with I Am Groot, a series of five original shorts on Disney+.

The latest trailer was revealed at San Diego Comic-Con, where we see Groot on a mysterious planet where adorable alien-like creatures reside. Out of all the previous Marvel installments, this is the first time we see him alone, and fans can’t wait to view this new side of him.

The series will undoubtedly feature many hysterical scenes, similar to what we’ve seen before in Guardians of the Galaxy and the Avengers movies. You can also look at the new poster for I am Groot from Disney+’s official Twitter, as shown here:

Even with the trailer release, there isn’t much known about the premise of the show’s plot. However, fans can assume it will act more as a side-story, since Groot is a teenager in Thor: Love and Thunder, as opposed to the younger version in I Am Groot.

Based on what was shown in the video and poster, the shorts will most likely be about fun adventures on a planet filled with small creatures and mystical areas. Furthermore, it doesn’t seem like the Guardians of the Galaxy will make an appearance because it is solely about Groot.

You can expect to see the adorable series when it comes out on Aug. 10 on Disney+. If you want to see more of the streaming platform’s content, you can check out the release of Spider-Man: Freshman Year.