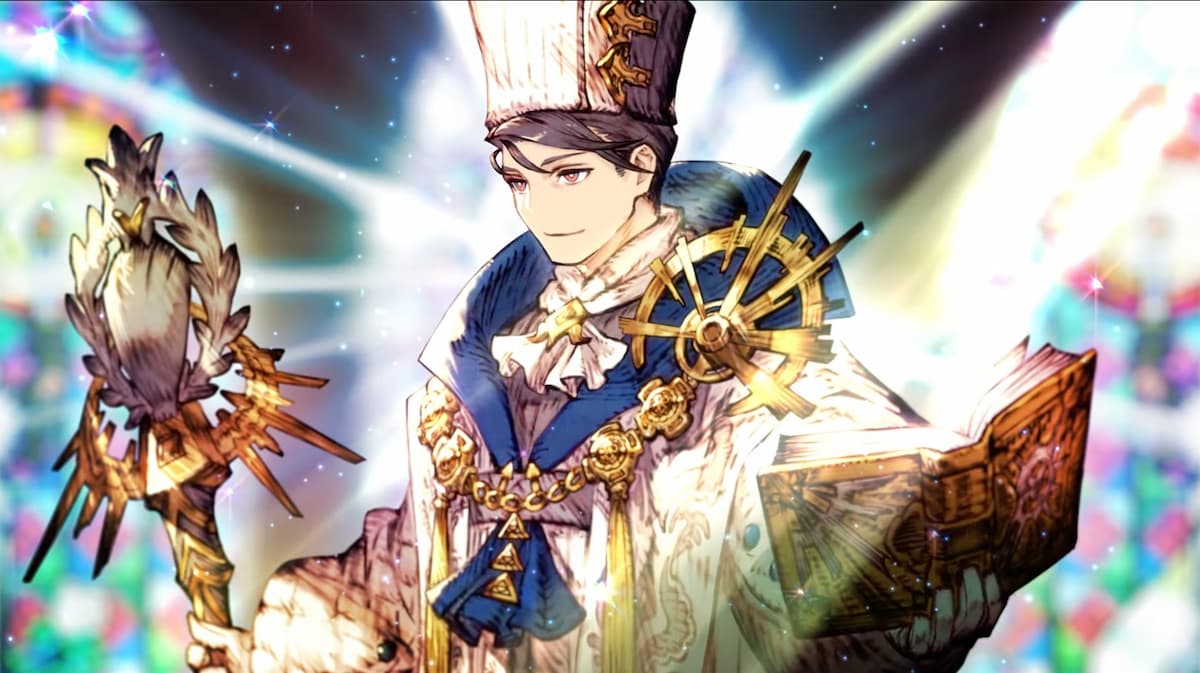 Two years since its global release, and War of the Visions: Final Fantasy Brave Exvius has just passed the 12 million mark in terms of downloads. To celebrate, there will be plenty of login bonuses to look forward to this week, and new players just jumping in now will also have a good chance of rerolling their accounts for the new Wind element unit, Sadali Crysthea.

First off, Sadali Crysthea is one of the more prominent figures in the ongoing War of the Visions story. He’ll be added to the character roster this week, and as expected, he’ll also have a rate-up banner. Here’s a brief look at his kit:

Coinciding with Sadali’s release is a new 70-cost UR Vision Card, called Culmination. Here are the details:

This week’s patch will also see the release of a new Guild Battle map called Rundall Castle Gate. Players will get to check out the map in a new event quest called Defy the Divinity of the Founder, where they’ll get to take on a special battle formation that includes Sadali himself.

In addition to that, as part of the 12 million downloads celebration for War of the Visions, we’ll also see a login campaign that gives us the usual bonuses like Visiore, summon tickets, and the Rainbow Fragments of Thought, Spheres, and Gil Snappers. During this period, players will also enjoy tripled Friend Medals as they send and receive them from people on their friends list.

Finally, we’re also getting a campaign with increased Whimsy Shop encounters, which should make it much easier for players to farm shards for any characters they’re building.

War of the Visions is now available on mobile devices. At the time of writing, the FFX collaboration is still underway, as is the FFX-themed Trials of Reckoning event, so WoTV players will have plenty to do.