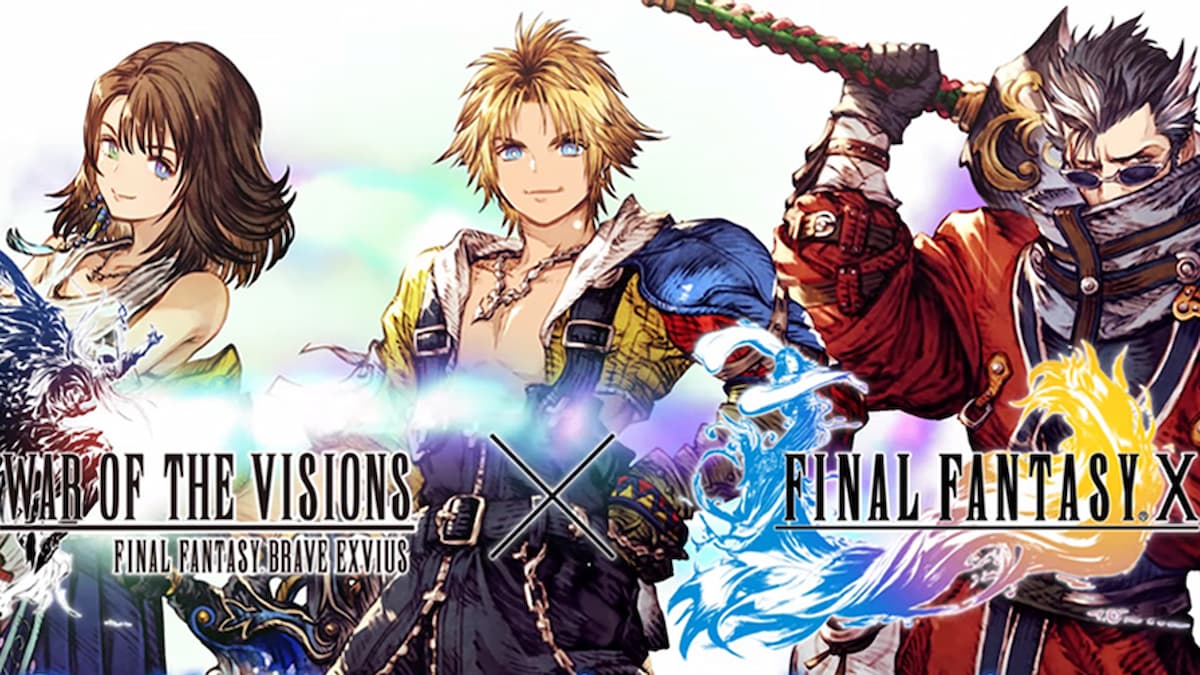 What Is Trials of Reckoning in War of the Visions?

Trials of Reckoning is one of three major PvE events that get rotated in and out in War of the Visions. These usually coincide with some sort of collaboration, or a campaign promoting new or rerun units. At the time of writing, the current Trials of Reckoning event is themed around the Final Fantasy X event rerun, which means that players will be able to farm for special FFX equipment recipes, like Tidus’s Necklace and Auron’s Sunglasses.

The core loop of this event mainly centers around farming out quests for Boss Tickets, which can then be used to farm big boss fights. Completing a boss fight will reward you with medals, which can be used in a lottery system to get plenty of rewards like equipment recipes, Awakening Prisms, and Memories. Alternatively, they can also be spent in the Mog Shop for other recipes and materials.

How to Start Farming Trials of Reckoning

Now for the meat and potatoes of this article. To start farming this event, tap on the Farplane option in the bottom right corner of the screen, then tap on Events. You should see the Trials of Reckoning banner, so tap on that to get started.

From here, make your way through all of the Normal quests, then knock out all of the Hard quests in order. Do note that you’ll get bonus rewards for completing most of these quests at least three times, so make sure to hit those mission requirements before moving on.

The final two quests in the Hard category can only be attempted three times a day each, but these will reward you with the highest number of Boss Tickets, so you definitely want to hit them up everyday. Once you’ve cleared those out, it’s time to farm the other quests for even more Boss Tickets.

The age-old question that comes around whenever Trials of Reckoning is live: should you spend all your NRG farming Normal 5 or Hard 3? Both quests will reward you with about one or two Boss Tickets per run, so if you’re just looking at the drops, they’re about the same.

However, depending on what you want to get out of this event and how much time you have to farm it, there’s a key difference to be aware of. When the Trials of Reckoning event comes to an end, every player will receive rewards based on their high scores and total scores for the event. If you’re looking to rack up as many points as possible for your total score, you should definitely farm Hard 3.

Hard 3’s score reward is about double that of Normal 3’s, so if you want to make a serious push for the leaderboards, this is the way to go.

On the flipside, while Normal 5 doesn’t give you a lot of points, it’s also far more NRG-efficient. Hard 3 runs cost 12 NRG each, while Normal 5 only costs 6 NRG each. This means that if you want to get the most out of your stamina, you should farm Normal 5 for more Boss Tickets obtained per NRG spent.

One other thing to note is that if you’re planning on farming Normal 5, be prepared to leave your phone, tablet, or emulator running for much longer than if you were farming Hard 3. Lower NRG costs mean more runs, and assuming you have a fairly decent team put together, Normal 5 runs are only a little faster than Hard 5’s.

How to Increase Points Earned in Trials of Reckoning

If you’re trying to rack up as many points as possible in Trials of Reckoning, you’ll need to be mindful of which units and Vision Cards you’re using in your runs. Each Trials of Reckoning event in War of the Visions will have bonus multipliers for different units and Cards.

In the case of the FFX Reissue event going on right now, here’s a list of all applicable units and Vision Cards that will give you that bonus multiplier:

Because the Normal and Hard quests are so easy, we definitely recommend just building a team featuring as many of these units and Vision Cards as possible. Whichever of these you have available in your roster, just put them in your team and get to farming.

You’ll also get bonus points for other things like hitting enemy weaknesses, making sure your own units don’t get hit, not using items, and clearing the battles as fast as possible.

Now that you have an idea of how to build your team and know which quests you should be farming, you should be able to start building a nice stack of Boss Tickets to fight the bosses. With the FFX Reissue event, you’ll be going up against Yunalesca in the Normal boss fight, and Valefor in the Hard boss fight.

Generally speaking, the Hard fights are more efficient for farming medals and item drops. However, if you’re still relatively new to War of the Visions, it can be difficult clearing the Hard fights in just one attempt. The tricky thing about the boss fights is that you have to clear it within a set number of turns. If you fail to do so, the boss’s HP will carry over to the next fight, but you would have to spend double the number of Boss Tickets to clear it fully and get your rewards.

This is a very inefficient way of farming the event, so if you aren’t able to clear the Hard fight in one attempt, just stick to Normal for now.

As for the boss fights themselves, Yunalesca is a Dark-type boss while Valefor is a Light-type. Bringing in a full team of Light characters for Yunalesca will work wonders, while Dark characters will do well against Valefor. However, rainbow element teams will do just fine as well if you’re not ready for mono element setups just yet.

Whichever route you choose, we definitely recommend having Tidus in your formation as he can cast Hastega to speed up your team, allowing you to cycle through your turns faster and deal more damage for quicker clears. He also provides a nice bonus multiplier for you to rack up even more points during the boss fights, so that’s always a plus as well.

How to Spend Your Trials of Reckoning Medals

After you’ve gathered a nice amount of medals from farming the event, it’s time to spend them. There are two ways to spend them, and it’ll ultimately come down to what you want out of the event.

The first is by clicking on the Event Summon button on the Trials of Reckoning menu screen. This is a lottery system of sorts, where you can spend medals to get random prizes out of a fixed line-up. There are five tiers of prizes, and you can only move on to the next tier once you’ve obtained the main prizes in the current line-up.

The second way is by heading to the Mog Shop and spending your medals there. There are fewer things to buy here, but this method removes the RNG element completely.

With the FFX Reissue, the lottery method is the only way of getting Auron’s Sunglasses, while Tidus’s Necklace is only available in the Mog Shop. Ultimately, it’ll come down to which accessory you want to prioritize for this event. Auron’s Sunglasses will give you Acquired AP Up and Accuracy Up, while Tidus’s Necklace gives you Critical Dmg Up, Mag Attack Res Up, and if you’re able to +6 it, Max TP Up.

Both are pretty useful accessories for newcomers, so it’ll depend on which units you’re currently trying to build and seeing which attributes would benefit your team more.

To recap, here’s how you should be approaching this event for the next two weeks:

This event is extremely time-consuming, and regardless if you decide to farm Normal 5 or Hard 3, you can probably expect to leave your game running for hours on end if you really want to nab all of the recipes.

That’s all you need to know about how Trials of Reckoning works in War of the Visions and how to farm it effectively. Be sure to search for Twinfinite for more tips and information on the game.