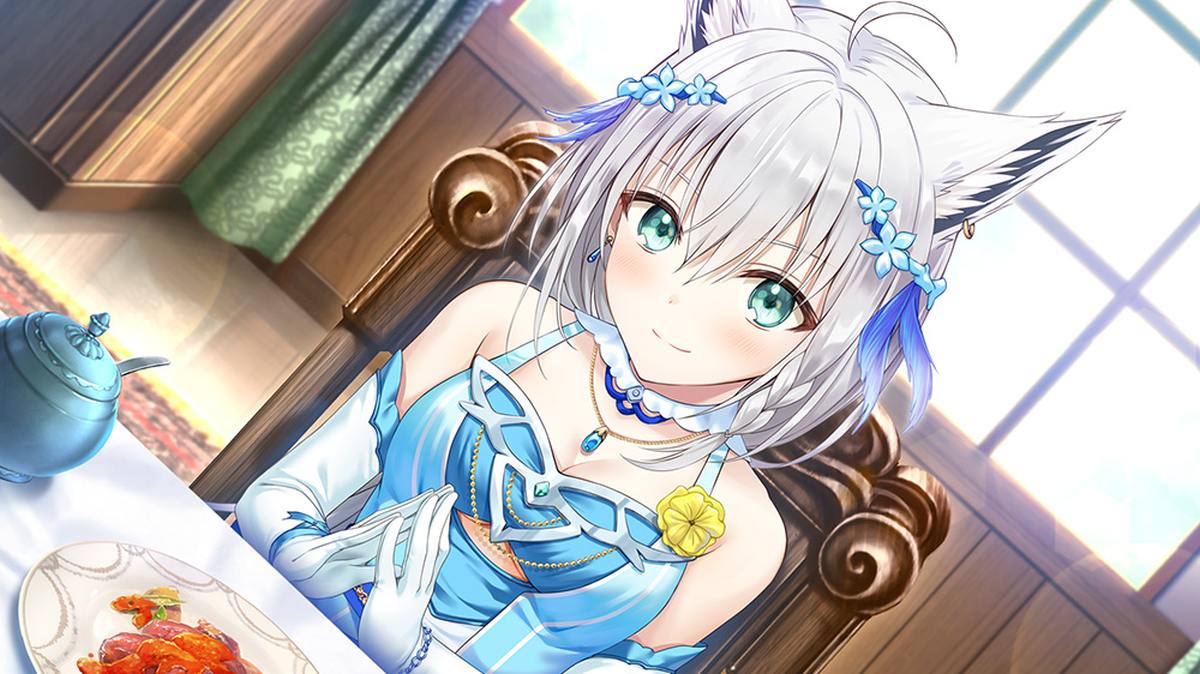 The new character is the sister of the hero, played by Hololive virtual YouTuber Shirakami Fubuki, who is also very popular with 1.9 million subscribers on her YouTUbe channel.

As the daughter of the noble Francois family, she administers the land in her father’s name and she is known to prioritize the interests of the family over her own feelings.

The name of the character will be simply Fubuki. She is torn between her duties as an aristocrat and her desire for her brother’s happiness as his older sister.

She is the third Hololive Vtuber that will appear in the visual novel following Minato Aqua herself and the previously-revealed Houshou Marine.