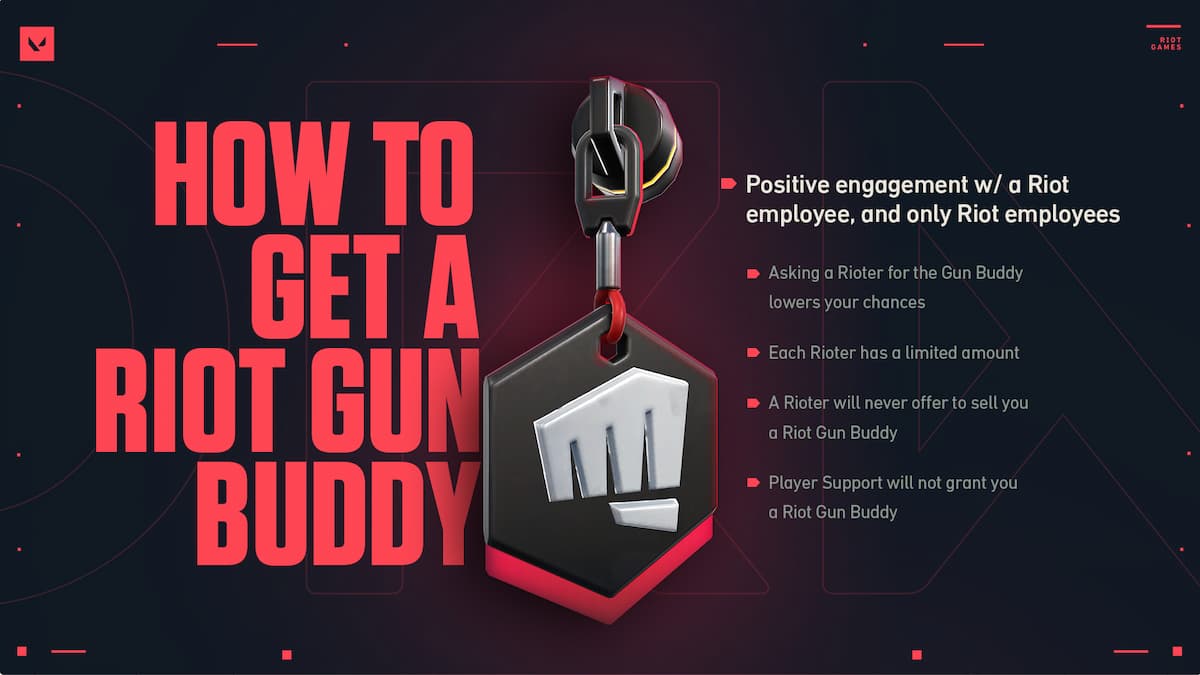 If there’s one item of in-game swag that every Valorant player wants, it’s a Riot Games gun buddy. The coveted fist bump gun buddy is so exclusive and so highly desirable that asking for one has become a meme amongst the community. So much so, in fact, that Riot has decided to write an official article explaining how players can go about obtaining one. Yes, really.

You want Gun Buddies, we love giving them. But there’s really only one way to earn the Riot Fist Bump Gun Buddy.

The article essentially breaks down the dos and don’ts of getting your hands on a Riot gun buddy, and, surprise, surprise, continually asking Riot employees for them online is not the way. Instead, it boils down to one thing: showing good sportsmanship and a friendly vibe in games of ranked Valorant, something that is apparently very difficult for the vast majority of the player base, sadly.

“If you’re looking to obtain the ever-popular Fist Bump Gun Buddy, there’s only one surefire way to get it: demonstrate good sportsmanship while in a match with a Riot employee. That means being on your best behavior as well as being a positive and motivating part of your team.“

And there are no shortcuts, either, the developer explains; don’t try to submit support tickets or DM Riot Games employees on Twitter. If you want to get a Riot gun buddy, you’ll just have to hope your good behavior is noted by someone in a game.

So, there you have it, how to get a Riot gun buddy in Valorant by Riot Games itself. Case closed. No more requests!

For more on Valorant, check out Twinfinite’s recent article on the changes to Kayo we think are OP. And if you’re not up to speed with them then do check out the Patch 5.01 notes.