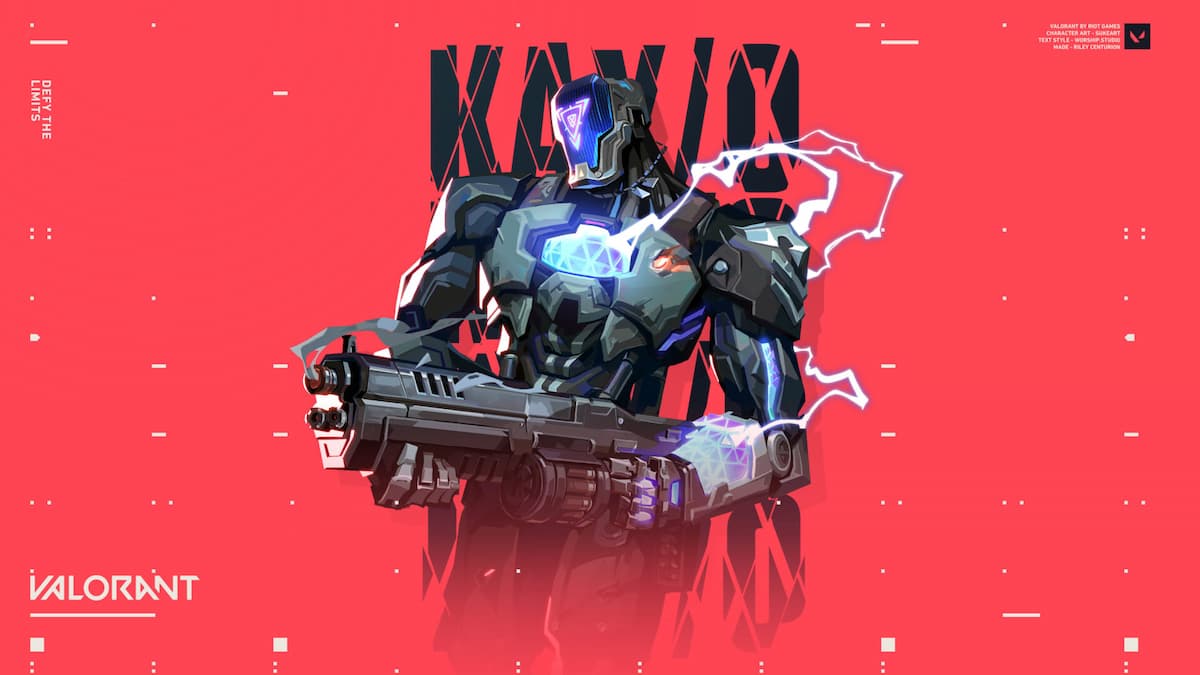 After a week off from its annual vacation, Riot Games returned to work this week and issued Valorant with a new update that went live yesterday. Called Patch 5.01, it’s a pretty major one, rebalancing the utility of three of the game’s Agents, including a highly anticipated rework of neglected Agent Phoenix. But while that particular adjustment is a welcome one, it seems the development team might have still been in holiday mode when they gave the green light to the changes made to KAYO’s molly, or Fragment Grenade as nobody calls it.

The ability has had its diameter of damage slightly reduced but, crucially, now applies damage without needing a line of sight. Put simply, it goes through walls.

Riot Games said in its patch notes that it “wanted to reduce some pain” and help players “access more parts of the kit that haven’t felt as accessible.” After reviewing the listed changes and now having experienced it in-game myself, I am decoding this to the team essentially wanting to reduce the skill-ceiling of KAYO’s molly by making it less reliant on lineups. Either that or this is all a massive mistake that the team never intended to occur because what I’m seeing in-game is a bit of a disaster, and I’m not the only one who’s noticed:

Surely, that’s not the result Riot intended, right? KAYO can now not only damage enemies hiding beyond the line of sight of the molly but now can also destroy enemy utility through walls. My understanding of the changes ahead of the patch drop was that the molly would now track around objects, not through them. Killjoy ults on Ascent, as the example above demonstrates, are now really impacted, and it doesn’t take a genius to work out there are all sorts of other implications.

Article update 07/14/2022: Valorant game designer Ryan Cousart has since explained that these changes are intentional and that the development team believes they are suitably balanced. That said, they are committed to potentially reverting/rebalancing KAYO’s molly if that doesn’t prove to be the case.

The original article continues below.

I’m really hoping the change wasn’t intentional. Valorant is a tactical shooter, and learning lineups to use utility properly is all part of the gameplay — or at least, it should be. I know I have spent hours in custom games perfecting anti-Killjoy molly lineups to use in scrims. I’ll still need those, of course, but they’re far less important if this is where the game is heading. Surely, Riot Games isn’t intent on diluting that aspect of the game, right? Perhaps not, but earlier this morning I remembered a quote from a recent Reddit AMA hosted by Riot Games and I’ve started to worry.

In response to a player querying the design choice to make Fade less reliant on lineups in comparison to Sova, Riot Games replied:

“We specifically wanted Fade to not be as line-up dependent as her counterpart (Sova) is more line-up dependent. This isn’t to say specifically that more agents will trend toward one way or the other though, and we want to support all kinds of playstyles and players. Fade and Sova have their strengths and weaknesses, and we want to continue to expand the roster in this way.“

Now, in fairness, the team did make special mention of not wanting to trend Agents away from lineups. But as it relates to KAYO, my concern is that the team wants to reduce the Agent’s skill-ceiling on KAYO and have them feel more similar to an Agent like Fade who doesn’t rely on rehearsed lineups to be effective. I could be completely off-base here, and I really hope that I am because this change trends Valorant in the wrong direction if not.

Unfortunately, early indicators are that the team doesn’t see anything wrong with the changes. A Riot Games employee and Associate QA Engineer on the Valorant team replied to the above Tweet:

Can’t a breach aftershock do the same thing?

Oh, dear. We’ll just have to wait and see whether the changes stick the landing after the community, and importantly the pro players, get hold of the update and playtest it further. Riot is normally pretty good at making fast and effective changes to reverse or rebalance meta-impacting issues such as this. I’ll keep this article updated, and in the meantime keep my fingers and toes crossed.