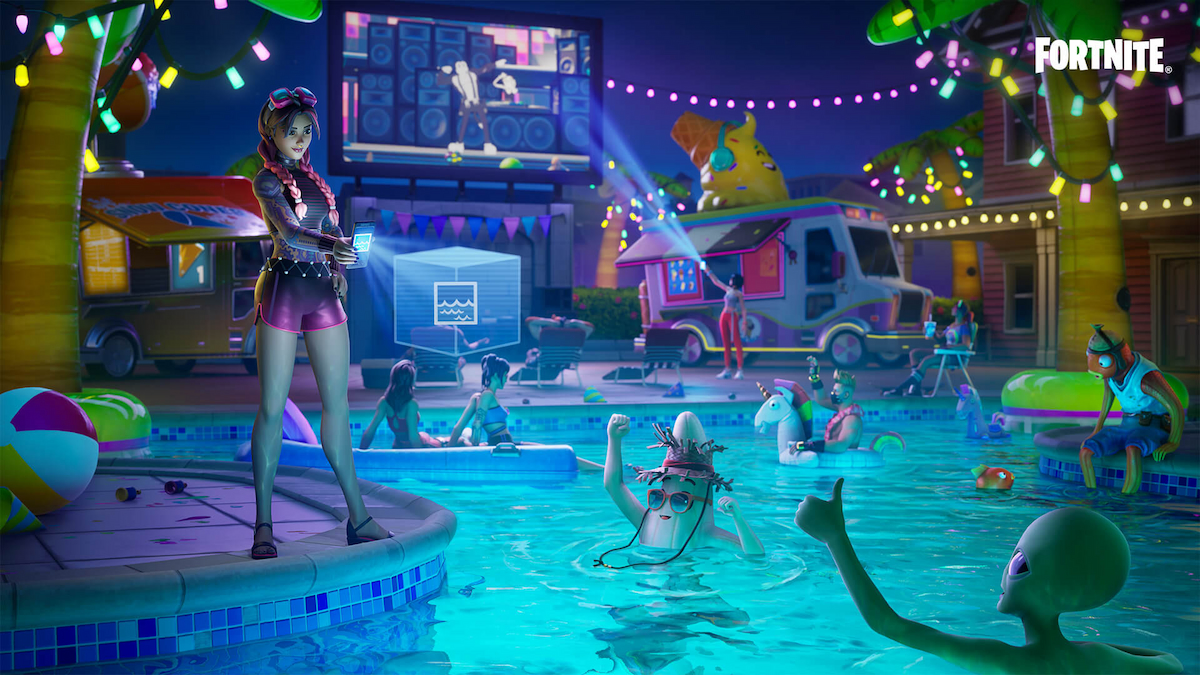 That’s right, it’s that time again in Fortnite where you can earn free stuff. No Sweat Summer has been teased for a couple weeks now, and it has finally arrived. Players will be able to complete the No Sweat Summer quests to unlock different styles for a Slurpee-like back bling.

The event has gone live with only two possible quests, one for simply landing and the other for interacting with the event’s “No Sweat Signs” that all quests will seemingly use in different ways. It seems every day will see a new quest unlock. While we know what the No Sweat Summer quests are, we don’t know the order they will arrive.

Rebuild the Block is a little more simple with much more important changes. During the Collision event at the end of Chapter 3 Season 2, Tilted Towers was almost entirely destroyed. While it was mostly rebuilt for the new season, there are still a couple vacant lots.

Players were able to enter their own designs for the chance to become actual Tilted Towers fixtures, and everyone can now vote (using gold bars) on their favorites. You’ll have to spend almost 5,000 bars total, as well as getting eliminations and surviving the storm to earn a Contrail, Pickaxe, and Back Bling.

Both of these events will be running until Aug. 9. So you have plenty of time to unlock all of the cosmetics and enjoy all the fun in the sun.