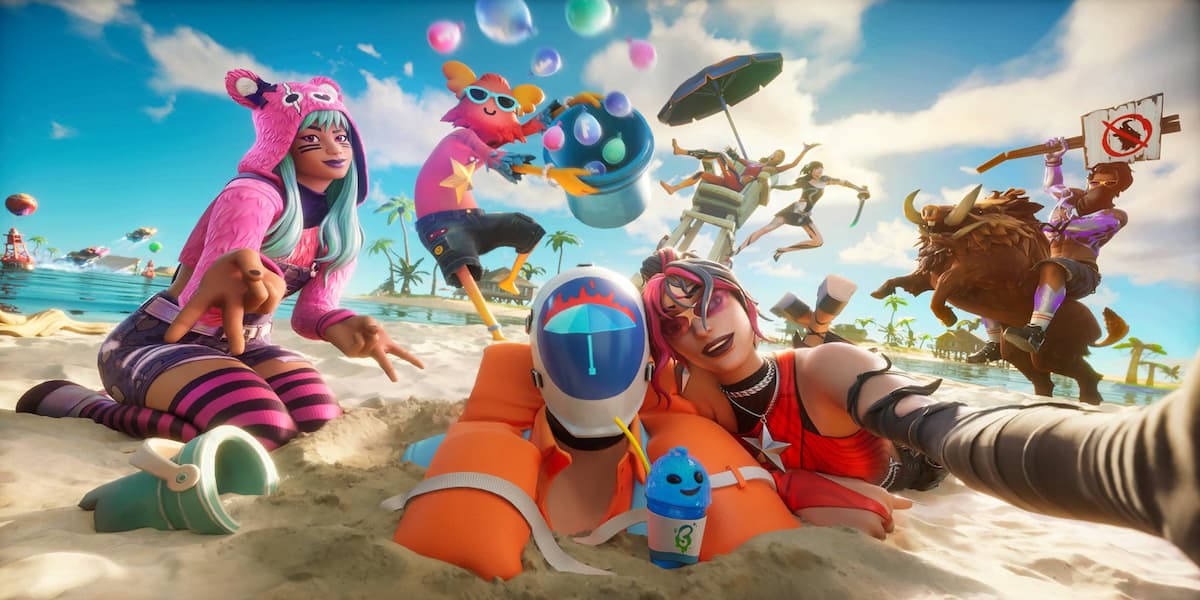 The Fortnite 21.30 update has just arrived in Epic’s Battle Royale title, with No Sweat Summer quests queued up for later this week, while Ice Cream Consumables and a new Prime Shotgun weapon are live right now.

The No Sweat Summer quests will give players 15,000 XP each for completing and require players to do typical actions, as well as some summer-specific things, like carrying the ‘No Sweat’ sign and placing it at a sponsorship location, or making a character dance to a Boogie Bomb. You’ll also need to jump on umbrellas along the beach, and kick a beach ball and a giant beach ball, as just a few examples.

There’s currently no word on how long the quests or the No Sweat Summer event will run for currently, but we’d hazard a guess at it lasting for at least a couple of weeks.

To get suitably in the summer spirit, players will also now be able to find icecream cone consumables throughout the map. Icecream cones recover a small amount of health when used. Some of these also have an additional side effect, such as the Frozen Icecream Cone which apparently makes everything slippery, and Lil’Whip’s Special Serve which replenishes both health and shield. The Spicy Icecream Cone also recovers health and speed.

The Prime Shotgun has also arrived on the island in multiple rarities. It’s a semi-auto shotgun that deals increased damage when the weapon is fully loaded, and deals from 75.6 damage at its common rarity up to 91.8 damage at its legendary rarity. The headshot damage ranges from 124.74 to 151.47, making it a truly formidable close-range weapon. There will also be a mythic variant of the Prime Shotgun, dealing up to 96 body damage and 169 headshot damage.

The update also hinted at a few other potential future changes, such as UFOs and Impulse Grenades returning as part of Wild Weekends and The Daily Bugle being renamed to The Daily Bloomgle once the Reality Bloom manages to make its way there.

What do you make of the new additions in the Fortnite 21.30 update? Let us know down in the comments below.