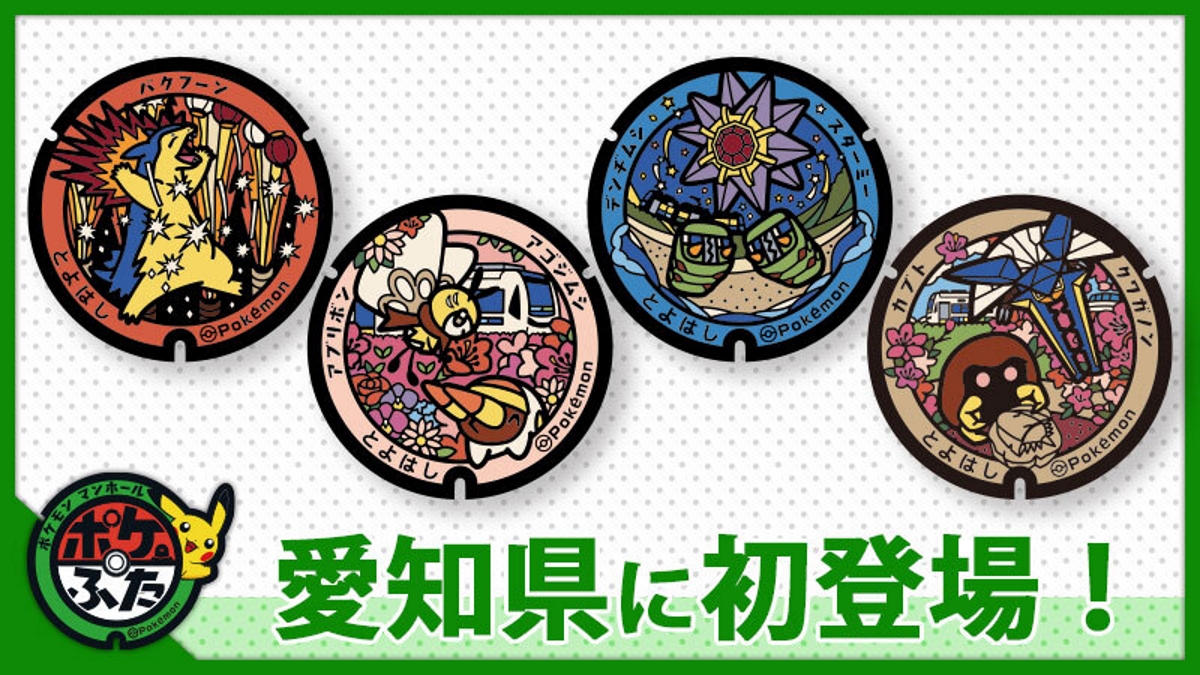 More of the popular “Poke-Lid” enameled manhole covers are making their way to a new city in Japan this month. Four designs featuring various Pokemon have just been unveiled, and each of them celebrates the city of Toyohashi and its culture.

The first Poke-Lid manhole cover features a very happy Typlosion that appears to be enjoying a fireworks festival. Summer festivals featuring handcrafted fireworks are popular in Toyohashi, which is likely what this manhole design represents.

The next lid has a Ribombee and a Grubbin, two bug-type Pokemon that are enjoying a field of beautiful pink flowers. Behind them is a train based on the Toyohashi Railroad public transportation system, which is an industry that the city is known for.

The third lid also has public transportation from the Toyohashi Railroad system in the background, this time with Starmie and two Charjabug in the spotlight.

Finally, the fourth Poke-Lid has a Vikavolt and a Kabuto holding a fossil. Both of these Pokemon are surrounded by azalea flowers, which is the official flower of the city. Again, there is a train from the Toyohashi Railroad system in the background.

Like all other Poke-Lid manholes across Japan, these four will also act as Pokemon GO Pokestop locations that visitors can use while playing the game.

The Pokemon-themed manholes promote tourism in each of the Japanese cities where they are installed. Each of the designs is beautiful and clearly recognizable to Pokemon fans, and there are now over 200 throughout the country.

If you’re interested in learning about how these unique manholes are created, you can find out all about it right here.