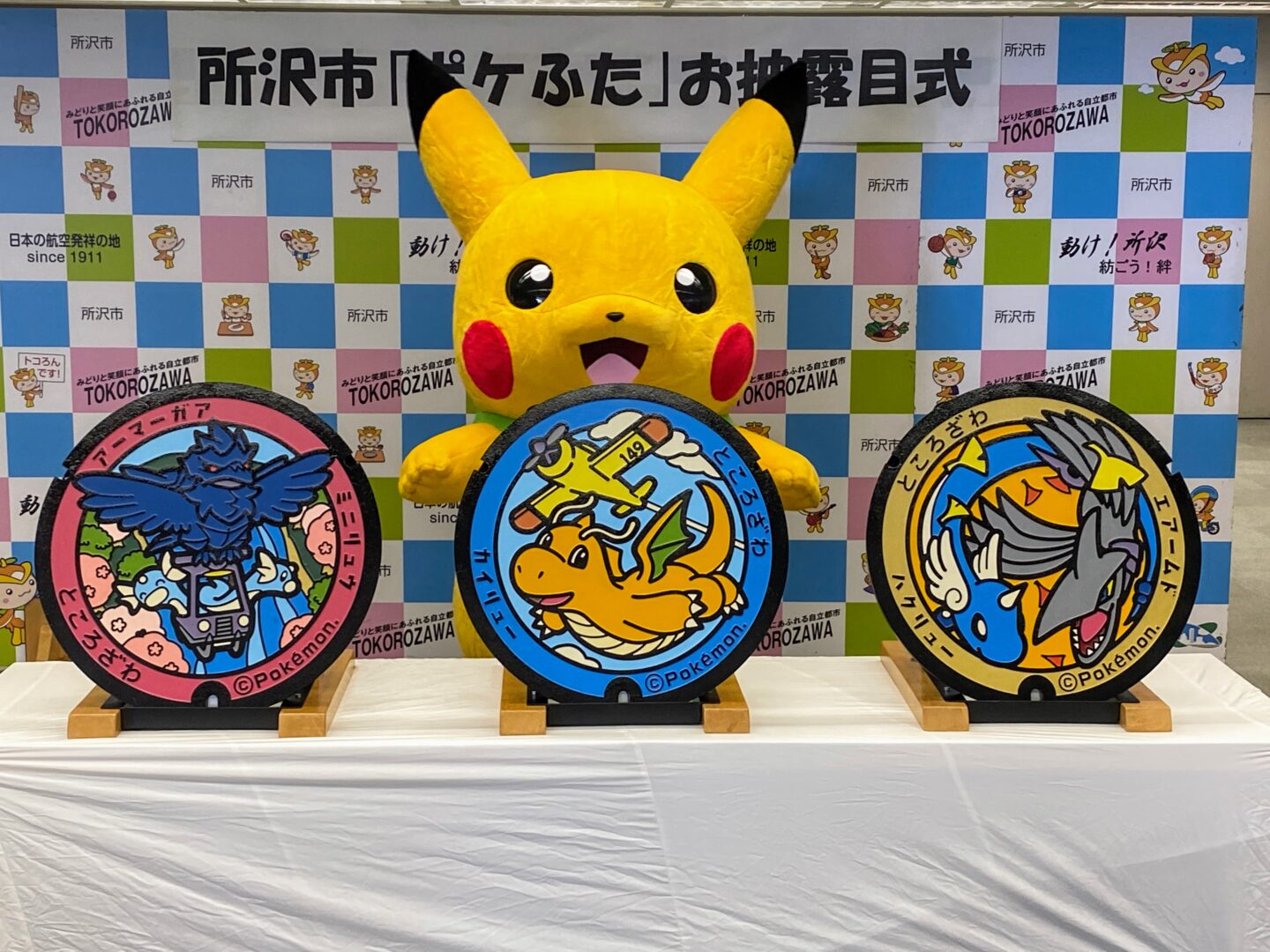 The popular “Poke-Lid” enameled manholes have made their way to yet another city in Japan, and this time, they feature flying-type Pokemon with a focus on the Dragonite evolution line.

The Pokemon portrayed in this latest batch of manholes are as follows:

These three new Poke-Lids have been installed in the city of Tokorozawa in Saitama prefecture. The manholes will also serve as PokeStop locations in the game Pokemon GO.

The Dragonite Poke-Lid manhole has a special location: it has been installed at the Tokororzawa Aviation Memorial Park, which is where the Tokorozawa Aviation Museum is. This location is significant because it is where the first airfield was built in Japan back in 1911.

This particular Poke-Lid appropriately has a plane in its design to celebrate this, as it is situated near the Curtiss C-46 Commando aircraft (nicknamed Temma) in front of the aviation museum, which you can see in the photos above.

The addition of these three new Poke-Lids brings the total of Pokemon-themed manholes in Japan to 209. They are now quite widespread in the country, located across 21 different prefectures. Since they are each uniquely designed with vibrant, recognizable Pokemon designs, they have become popular for tourism in these areas.

If you can’t get enough of these Poke-Lid manholes, be sure to check out some of the others from earlier this year, such as designs featuring steel- and electric-type Pokemon and designs featuring water-type Pokemon. You may also be interested in learning about how these beautiful manholes are made.