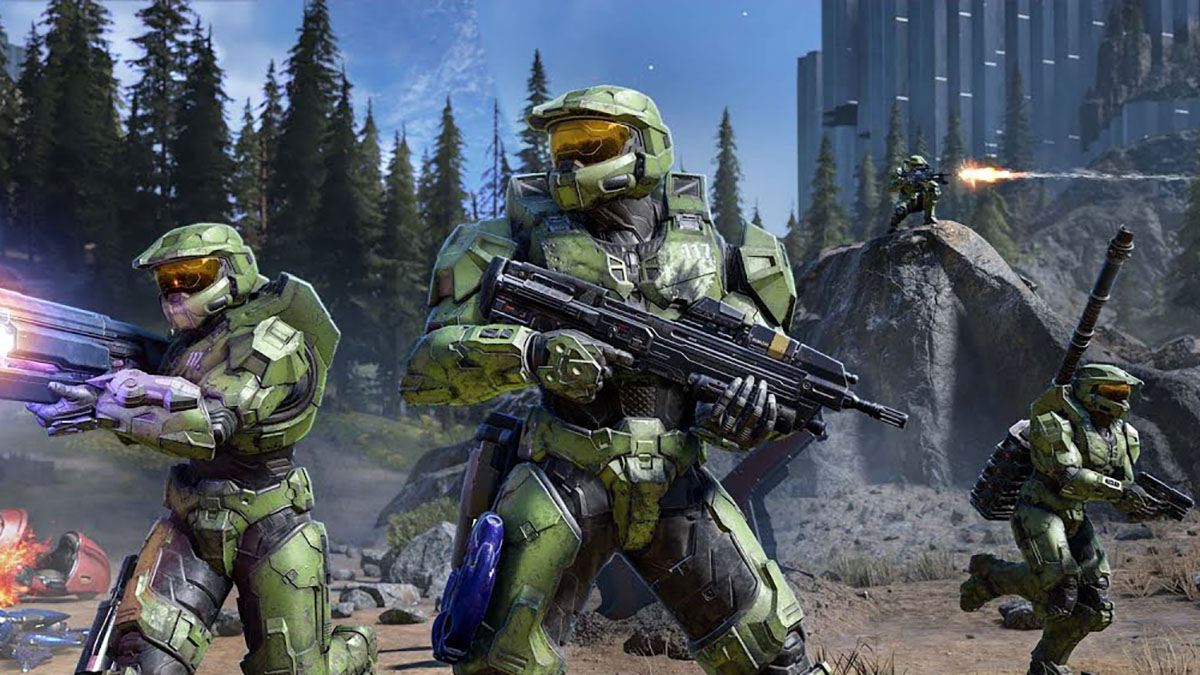 343 Industries livestreamed an early look at the flight build of the campaign co-op multiplayer feature of Halo Infinite.

In this feature, everyone is playing their own Master Chief’s story, and when they go back to playing in single-player, they continue that personal story.

Players can split up and venture out on their own to complete different objectives. You can go very far from other members of your fireteam. Yet, there’s a limit if you go too far you’ll receive a warning message asking you to return to the fireteam. If you don’t, you’ll be considered AWOL and be executed.

The behavior of the enemies will scale depending on the number of players, making progressively more challenging. Ammo crates also scale. Everybody can use them and they have more ammo in them the more players there are.

When someone grabs a collectible, all the members will receive it, regardless of what they’re doing.

You can replay missions and you won’t lose your progress, being able to resume your previous progress afterward. When you replay a mission you can change options and difficulty, and it’s a good chance to help friends unlock collectibles.

Every player can skip cutscenes at any point.

You can check it out below alongside a teaser trailer of Alpha Pack, the next free narrative event releasing on July 19.

Halo Infinite is currently available for PC, Xbox Series X|S, and Xbox One. You can read our review.

The game already achieved 20 million players according to an official announcement made a few months ago.