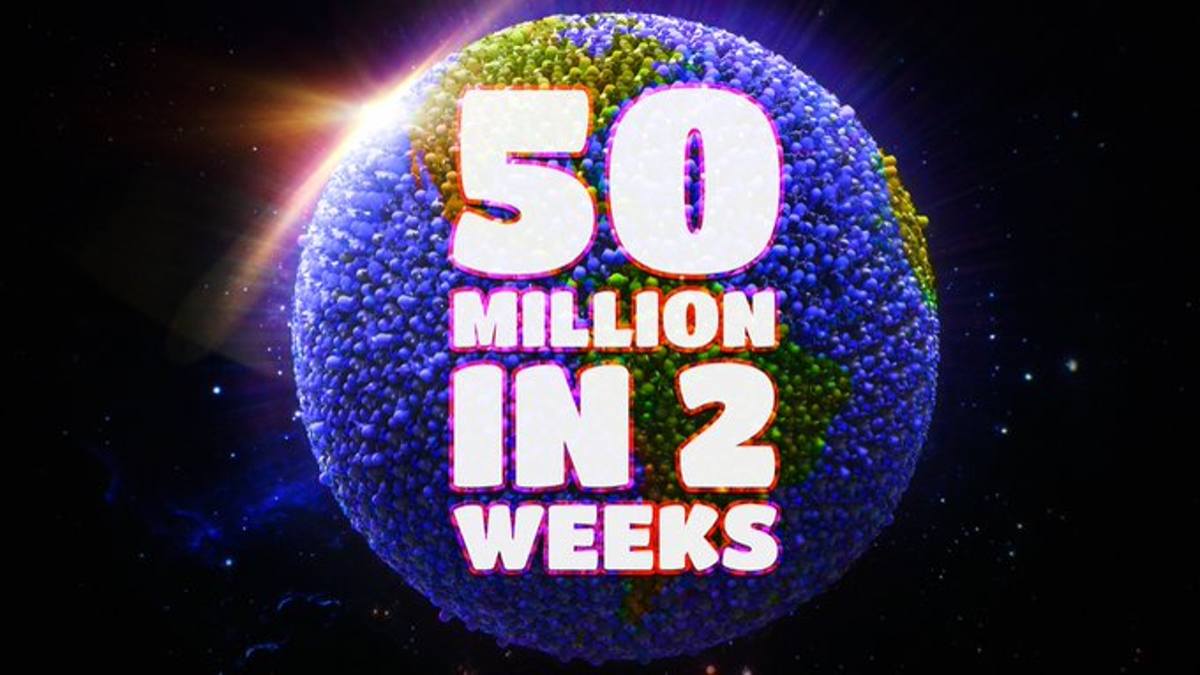 Two weeks ago, Fall Guys saw a massive resurgence in the public eye of the gaming community, as fans were eager to hop back on board and celebrate the game’s jump to free-to-play. Today, Mediatonic has revealed that the game has passed the 50 million players mark in that timeframe alone.

The news came by way of a tweet from the official Fall Guys Twitter account, which celebrated the news by thanking all of its players for the unbelievable accomplishment.

This news shouldn’t really come as too much of a surprise to anyone that has played the game in the past couple of weeks, as it was so popular that the demand to play it actually crashed a lot of the servers. Thankfully, Mediatonic was able to get things back in working order shortly afterward.

Fall Guys was originally released for console and PC back in Aug. 5, 2020, and saw a lot of fan-fair and critical acclaim, as fans couldn’t get enough of the game’s Wipeout/MXC style of multiplayer competition. Like a lot of live service games, though, the player base eventually fell off, as Mediatonic couldn’t match the supply of new content to meet the demand.

Since then, the developers have been hard at work creating new levels, game modes, and collaborations, all leading up to the decision to go free-to-play last month, which was obviously a rousing success. Anyone interested in downloading Fall Guys can do so by heading to their preferred marketplace (Xbox, PC, Nintendo, PlayStation.

We’ve also got plenty of great guides, features, and news about Fall Guys located right down below, so ber sure to check all of that out.