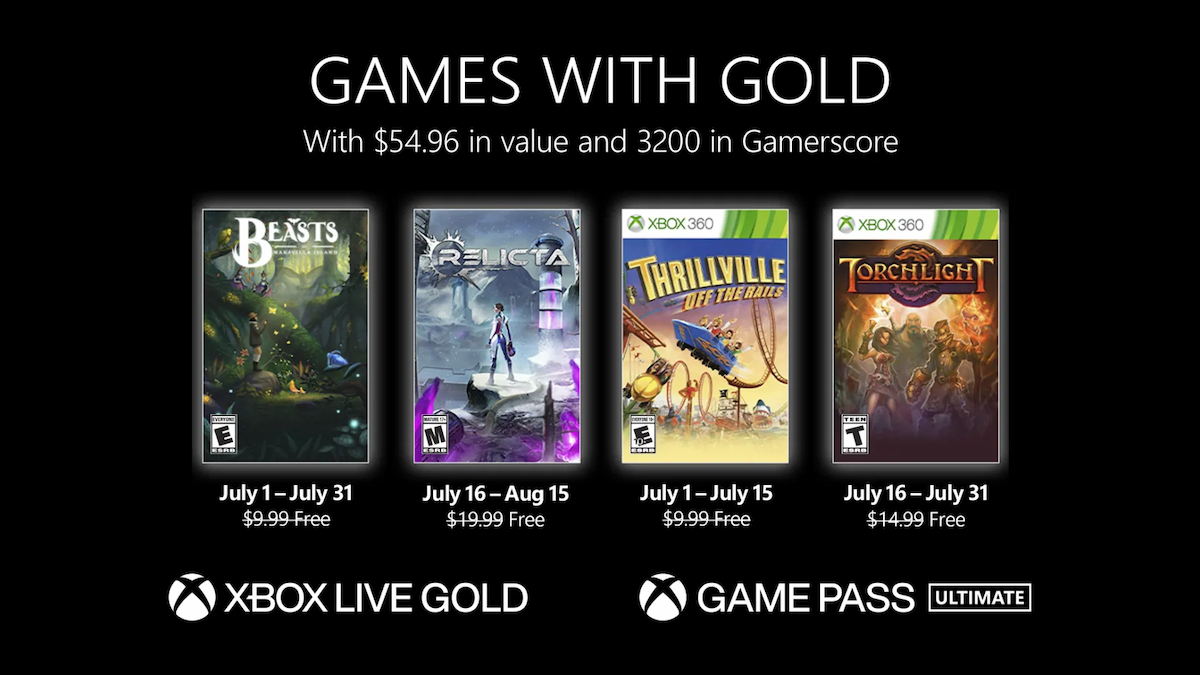 Xbox has announced the free games you will get to pick up with your Xbox Live or Game Pass Ultimate subscription in July 2022. Once again, there will be four games on offer at both halves of the month.

All of the below games will be available to play on your Xbox console of choice, whether that be an Xbox One or a Series X|S. If you want to boot up an Xbox 360, you will still be able to play the latter two titles.

If any of these titles aren’t games you are aware of, we have more information to share with you.

Unlock the wonder by taking pictures of the elusive and beautiful creatures on a mysterious, dreamlike island. Explore a 3D jungle teeming with unusual and playful life. Climb, explore, and solve puzzles. Use your grandfather’s journals and his trusty old camera to snap pics of otter-crocodiles, birds disguised as bananas, and much more. It’s up to you and your photographer’s eye to help share Maravilla’s magic with the world.

Play as a physicist stranded on an eerie derelict moon base. Find your way by bending gravity and magnetism to your will. Buried in the darkness of the lunar craters is a secret that might claim your daughter’s life or change the fate of humanity forever. Solve puzzles in a game where every corner holds a mystery and each step is a challenge.

Thrillville: Off the Rails

Design and run your own theme park! With five new parks and 100 new missions, you’ll need an all-day pass to enjoy this much fun. The best part about creating crazy rollercoaster rides is you get to ride them as many times as you want.

Hack and slash your way through dungeons galore. Choose from among three character classes as you roam from the center and safety of the town of Torchlight into randomly generated dungeons to battle hordes of monsters and collect lots of loot. You’ll have a trusty animal companion at your side as you take on main quests, side quests, battle big bosses, and chat with the denizens of town.

We’re on the last legs of June, but you can still pick up a couple of the June Games with Gold titles before they expire.