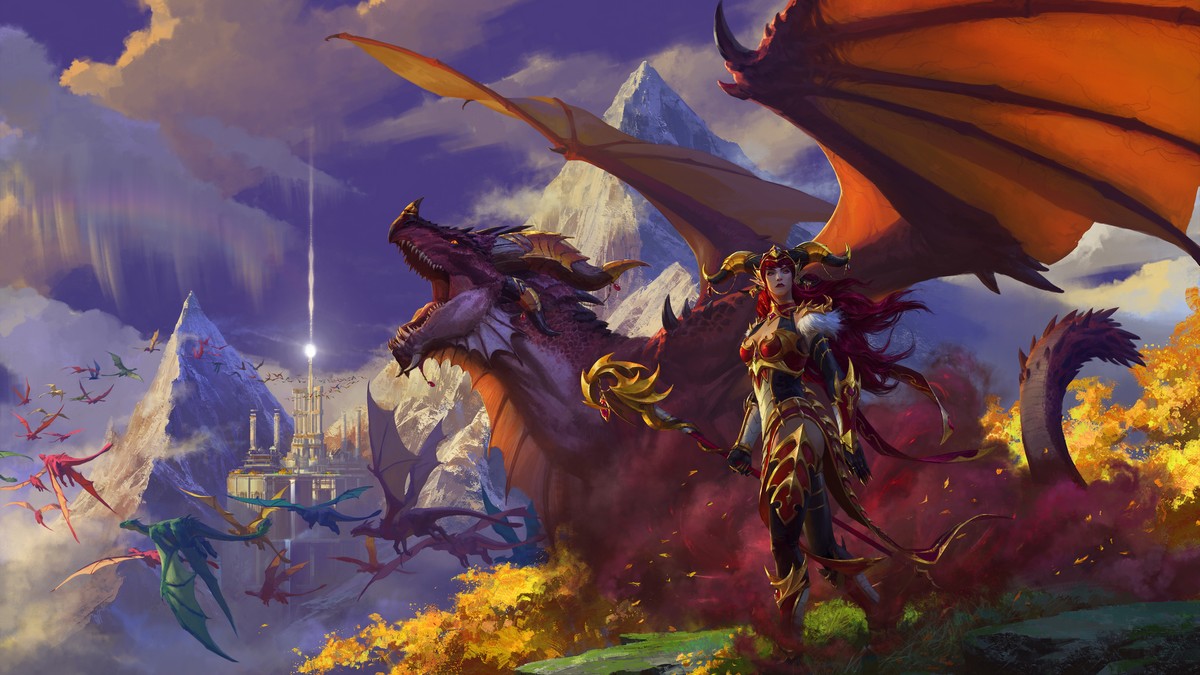 If you have been eagerly awaiting the next big expansion for World of Warcraft since it was announced back in April, you will be pleased to know that Blizzard has set a 2022 release window for Dragonflight. The ninth expansion is currently available for pre-purchase ahead of its launch and will bring players to the Dragon Isles.

On this new journey, we will learn more about the history of the ancient beasts and their kingdom, all brought to life in four new zones that will hopefully help you hit the new level cap of 70. The Waking Shores, the Ohn’ahran Plains, the Azure Span, and Thaldraszus will await, as will the new Dragonriding skill that lets players take to the skies on customizable Dragon Isle Drakes.

The Dragon Isles is home to the new playable Dracthyr allied race, that mixes the magics of the dragonflights with ranged damage and healer specializations as a solely dedicated Evoker hero class which starts off at level 58.

An extensive overhaul of the talent system will be part of the package, together with significant updates to in-game professions with new work order and specialization systems, and improvements for both the HUD and UI.

As Executive Producer Holly Longdale puts it, this World of Warcraft: Dragonflight expansion is aimed at bringing back the feeling of the classic MMORPG experience.

“We are thrilled to share that we’ll be bringing our next expansion to players later this year. Dragonflight is a return to Azeroth, and the freedom and exploration that World of Warcraft is known for. This is your chance to get up close and personal with the rich history of the storied Dragon Isles, and to immerse yourself in the high-fantasy at the core of the Warcraft universe.”

A proper release date has not been set yet for World of Warcraft: Dragonflight, but interested players can already pre-purchase different editions with varying bonuses like pets, character boosts, mounts, and even transmog options. A boxed Collector’s Set is also available, with physical goodies like an Art of Dragonflight hardcover book, an Alexstrasza mousepad, and a set of five pins representing the dragon flights in Azeroth.

In other World of Warcraft news, the MMORPG continues to help drive record financial results for Activision Blizzard, whereas those looking for a more nostalgic adventure can look forward to World of Warcraft: Wrath of the Lich King Classic in 2022 as well.