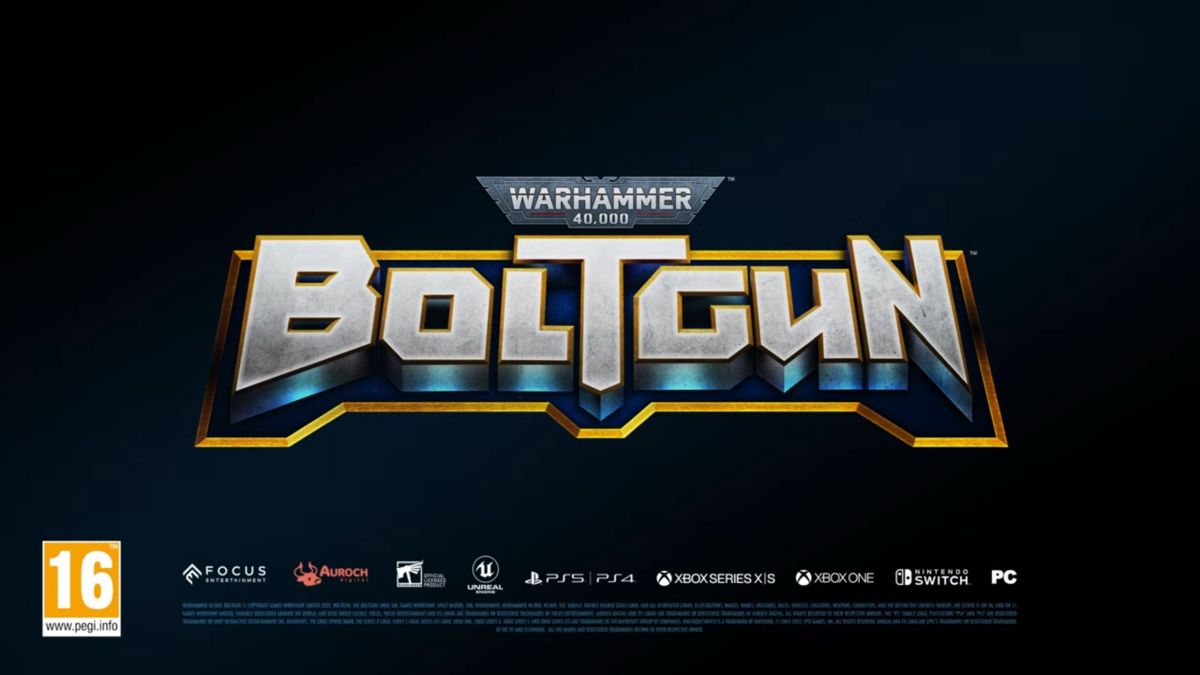 The game is a retro FPS in the style of Doom and Quake but set in the Warhammer 40,000 universe, which is definitely cool.

You can check out the trailer and an official description below.

Auroch Digital and Focus Entertainment are pleased to lift the veil on the bloody and frenetic homage to the retro shooters of yore: Warhammer 40.000: Boltgun! Announced at Games Workshop’s Skulls Showcase and developed for PS5, PS4, Xbox Series, Xbox One, Nintendo Switch & PC for release in 2023, this single-player FPS delivers a sprite-based, hardcore experience in the boots of the ultimate killing machine: a Space Marine. Check out the Reveal Trailer for a nostalgic blast from the pixel past!

Load up your Boltgun and plunge into battle headfirst! Experience a perfect blend of Warhammer 40,000, classic, frenetic FPS gameplay and the stylish visuals of your favourite 90’s retro shooters.

Play a battle-hardened Space Marine on a perilous mission across the galaxy, as they battle against the Chaos Space Marines and daemons of Chaos.

In glorious boomer shooter style, unleash your devastating Space Marine arsenal as you blast through an explosion of sprites, pixels and blood. Run, jump and charge across huge levels to shoot, shred and slice the worst heretics across the galaxy!

We also get a comment from Dessil Basmadjian, Chief Creative Officer at Focus Entertainment.

“We are delighted to be working on this fast-paced indie FPS alongside the talented Auroch Digital studio, and our long standing partner Games Workshop. We are excited by Boltgun’s skilful combination of iconic 90s style, the Warhammer 40,000 universe, and thrilling gameplay that is sure to delight all kinds of players.”

“Auroch Digital is proud to be working with Games Workshop again and Focus Entertainment on Boltgun. As a team of massive Warhammer 40,000 fans, this game has been brewing since 2018 and we’re so excited we can FINALLY shout about it from the rooftops! We can’t wait for players to get their hands on it and to see their reactions.”