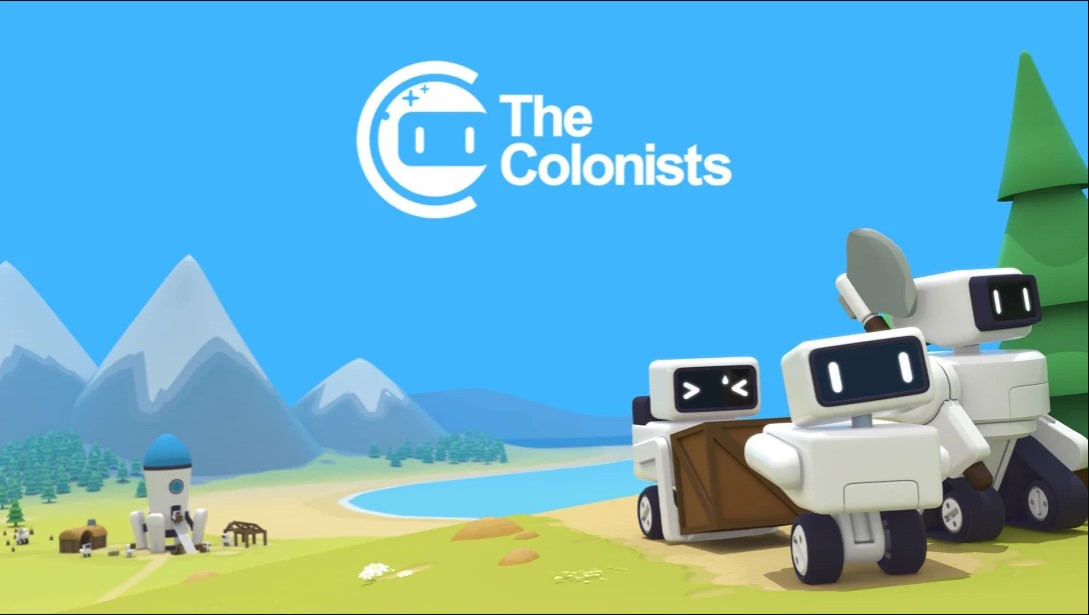 The Colonists on Nintendo Switch

There’s something oddly therapeutic about playing The Colonists, a cute and laidback settlement building game where you watch a bunch of blocky robots do their best to imitate human civilization. They build homes, cultivate resources, research new and improved buildings and look to establish trade routes. Sometimes, they’ll even clash with other rival factions and you’ll need to launch a staunch defense of your mothership. It’s a compelling little gameplay loop that, as much as I’d love to take it on the go with me, just isn’t a great fit for the Switch.

The story goes that by the middle of the 21st century, significant advancements have been made in the fields of robots and AI, to the point that humanity has created self-aware printable robots capable of simulating human needs for sustenance and shelter. Having realized they can’t simply satiate these needs alongside the humans, the robots take to the skies in search of a new home where they can get to work building their human-like civilization… without us.

It’s a story that’s nothing more than a means to set the scene. To give you some semblance of reason as to why you’re helping these adorable ghost-like robots build their very own home. It doesn’t advance all that much, and each of the campaign’s 14 missions don’t really develop it any further. Even when combat missions are introduced, there’s no story explanation as to why this different faction of robots doesn’t want to work together with yours. They’re just at war, and you’ve got to deal with that.

But you’re never really playing a settlement builder for the story. You’re playing it for all the nitty gritty mechanics and sense of accomplishment that can only be felt from watching your civilization grow from humble beginnings into a sprawling metropolis. And to that extent, The Colonists ticks a lot of boxes.

The gameplay loop will be familiar to fans of the genre. You have to build residences, water and food supplies and find ways of gathering different resources and materials. These can then be used to build more buildings which require other materials, forcing you to expand your territory further in search of it.

A lot of the basics are laid out during the tutorial mission, which are kind of necessary given how many menus and different bits there are to learn here. Though, there were times when the tutorial window overlapped with on-screen instructions, resulting in moments where it was difficult to read what I was supposed to be doing.

After a brief mission of showing you the basics of resource gathering, building paths and helping your settlement grow, the tutorial disappears and The Colonists throws you in at the deep end with nothing but a vague ‘Adviser’ screen that gives you basic pointers on what to do next.

For the most part, it did the job, but when it came to me building boats and establishing trade routes, I didn’t know whether I’ve encountered a rather annoying bug, or if I had simply set one up incorrectly. After a few successful trips between my ports, my boat stayed in one position while some of my little robo-buddies repeatedly loaded and unloaded the same materials in a loop.

I hadn’t changed any settings on my trade route, but it certainly seemed as though I was missing something, though having dived into menus countless times, nothing was blatantly incorrect from what I could see. Either that, or there’s a pretty severe bug that needs ironing out here, as without deleting and rebuilding ships constantly, I was unable to actually get the Iron I needed to fulfill the campaign mission’s completion requirements.

These vague (or buggy) mechanics, combined with rather imprecise controls via the analog sticks led to countless moments of frustration which took away from the laidback nature that The Colonists is clearly trying to nail down. No matter how firmly I pressed A on some much-needed Research at my workshop, it didn’t seem to actually acknowledge the input until the fourth or fifth try on a ton of different occasions. Other times, the wheel menu you navigate frequently for constructing various buildings, roads, paths or to access options like bulldozing or the aforementioned Adviser screen seemed to always select the option next to the one I was adamant I had selected when pressing A.

I tried using the Pro Controller for its chunkier analog sticks, but still felt there was a lack of precision when selecting menu options or just individual units like boats or buildings in a tightly-packed area. It’s when things get more hectic that the controller woes are amplified further. You’ll need to be selecting buildings, quickly scanning across bodies of water and watch all of the chaotic building and resource gathering unfold quickly, but the controls just never feel up to the task quite like I imagine a mouse and keyboard would. And every time the game auto-saved, the whole thing grinded to a halt, rather than the game saving my progress in the background without interruption as you’d see in most titles.

Then there were the combat missions which not only felt a little unnecessary in such a cutesy 4X strategy game, but also just weren’t half as enjoyable as combat should be in this kind of strategy game and I found myself resonating with the peaceful campaign missions more instead. They’re more of a race between you and the AI of who can claim the territory surrounding the others’ mothership first, rather than any interesting form of combat, and feel a little undercooked as a result.

If you’re able to overlook these shortcomings in the Switch port, The Colonists offers you a ton of content. The campaign combat missions can be tackled at varying difficulty providing ample challenge, and there’s a Challenge mode which tasks you with meeting other set requirements in specific missions from the campaign. For example, you may have to sell one of each resource without purchasing anything, or building a boat in mission 3. Each one has different time limits you’re given to achieve them with Expert (Bronze), Champion (Silver), and Legendary (Gold) awards given out for hitting them.

Rounding out the offering is Sandbox mode which allows you to pick a map, tweak a plethora of settings and dive into the action until your colony has become a prime example for the rest of robot-kind to emulate. This is the mode I’ve sunk a ton of time into, and imagine I will on my future travels when I want something to just zone out to and pass the time. Though there does come a point where you’ve more or less done everything you need to, and are more monitoring your settlement as opposed to further developing it.

The Colonists is a great game overall. It simplifies the 4X strategy genre down into a charming and chilled experience with adorable little robots that make watching your civilization thrive all the more enchanting. Its problems on the Switch come from a lack of mouse and keyboard inputs and some rather vague (or buggy) mechanics that could do with further explaining for novices and newcomers alike.

If you’ve access to a PC capable of running it, I’d wholeheartedly recommend that version over any of the console ports, but if you’re looking for a fun little strategy game to take with you on-the-go that’s not overly punishing for every slight mistake you make, The Colonists has you covered.