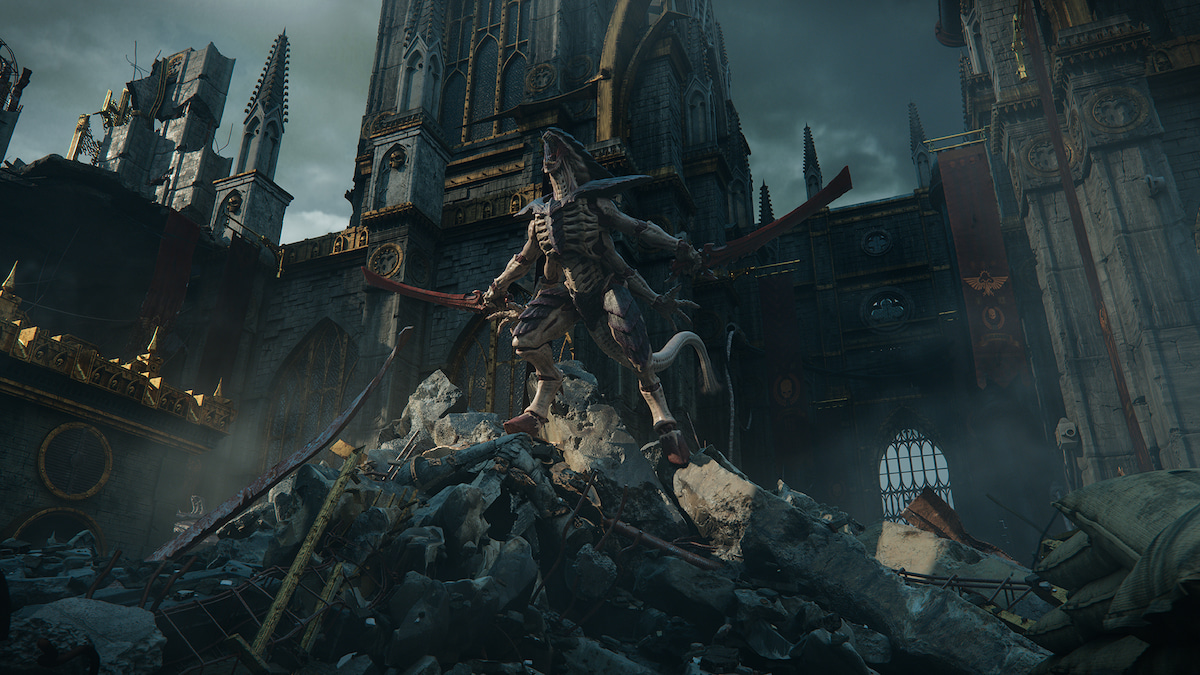 Developer Saber Interactive and publisher Focus Entertainment gave a behind the scenes look at the upcoming Space Marine 2 during the Warhammer Skulls Showcase that gave looks at all sorts of titles coming to the longstanding franchise.

While it is definitely light on Space Marine 2 information, hearing developers discuss the Space Marine series is interesting, seeing as it has been 11 years since the first Space Marine game. The current release date is unknown, but this is a step in the right direction.

You can find the video here and below:

There is also a look at motion capture being done for Space Marine 2, giving a fun look at the rigs necessary to bring the characters to life.

The official Space Marine 2 site gives a small look at the story with:

Embody the superhuman skill and brutality of a Space Marine, the greatest of the Emperor’s warriors. Unleash deadly abilities and an arsenal of devastating weaponry to obliterate the relentless Tyranid hordes. Hold at bay the horrors of the galaxy in epic battles on far-flung planets. Uncover dark secrets and drive back the everlasting night to prove your ultimate loyalty to humanity. Heed the call of battle. For there is only war.

Space Marine 2 was first announced in October 2021 during the Game Awards.

There is no currently known release date, but platforms are known and Warhammer 40,000: Space Marine 2 will be released on PlayStation 5, Xbox Series X|S and PC. Be sure to keep an eye on Twinfinite as we will keep you updated when we know the release date.

If you’re into retro shooters, Warhammer 40,000: Boltgun was also announced.