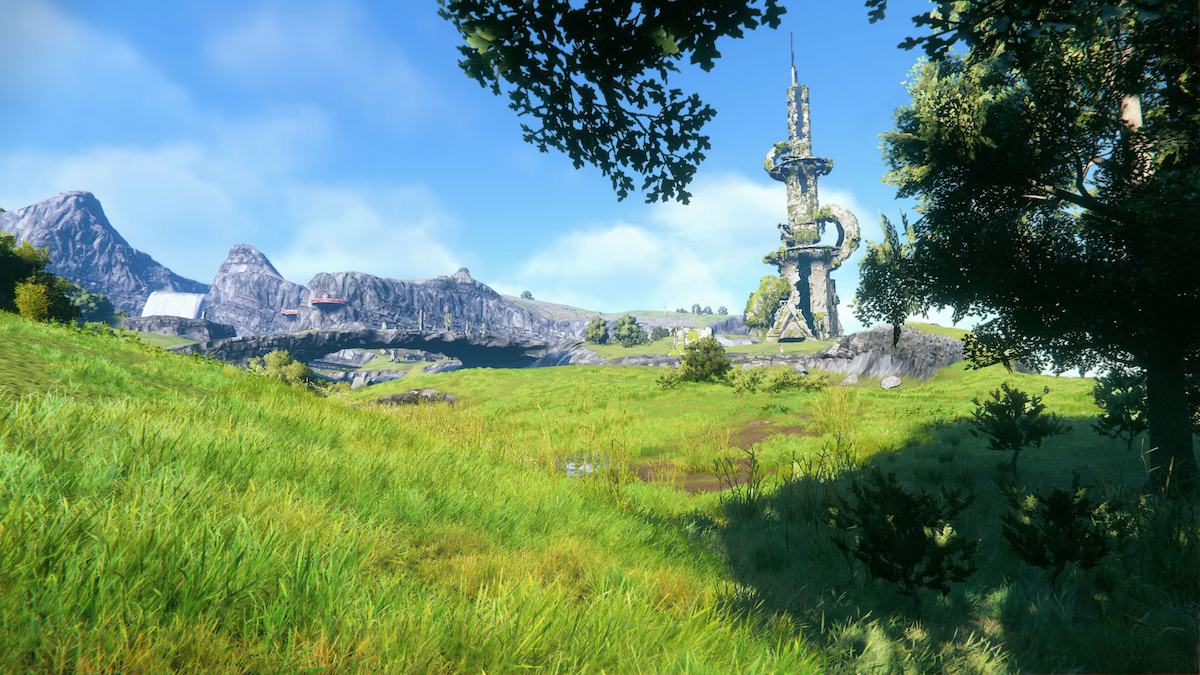 IGN has released the very first look at Sonic Frontiers gameplay. There’s not a lot of of context to be found, but what is seen is very promising and looks to be a Sonic the Hedgehog take on Breath of the Wild.

You can see all of the seven minutes of Sonic Frontiers gameplay here and below:

The video opens with a quite menacing tower in the far distance. We then get to watch as Sonic makes his way not only to this tower to demonstrate the open world, but he actually is able to climb it. Surmounting the tower takes quite a few traditional Sonic traversal mechanics such bounce pads, grind rails, and wall running. Seeing as the game as that same “if you can see it, you can get to it” vibe as Breath of the Wild, the comparison is definitely reasonable.

Sonic Frontiers wouldn’t be a Sonic the Hedgehog game if all the traversal was on foot, either. The looks given at the sky show the air above Sonic littered with grind rails for a bit of an adrenaline-fueled journey around the area.

The game also looks like it won’t be all running and jumping either, as there are a couple interesting puzzles shown.

Sonic Frontiers is currently coming Holiday 2022 for PC, PlayStation 5, PlayStation 4, Xbox One, Xbox Series X|S, and Nintendo Switch. We will be sure to let you know when we know a more concrete release date.

Be sure to search Twinfinite and check out the articles below to keep up to date on the Sonic the Hedgehog franchise as a whole!