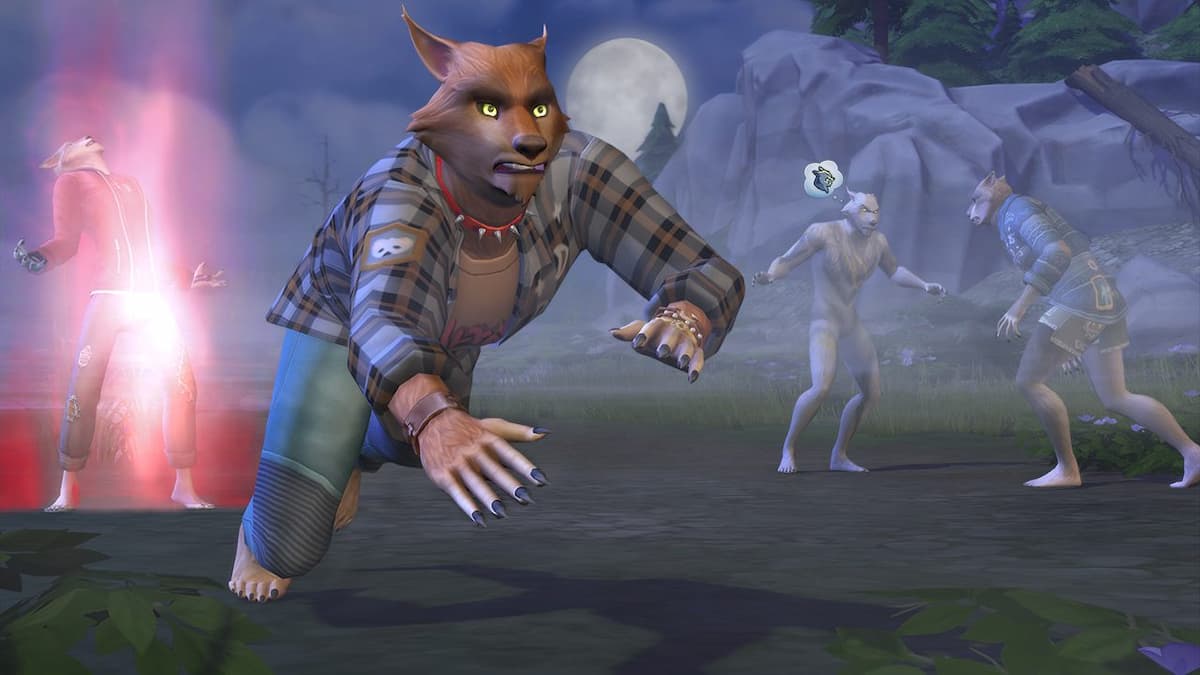 The Sims 4’s ‘Are You Ready to Go Wild’ trailer finally debuted to reveal the Werewolves Game Pack. Since Maxis Studios hinted at a dark mode feature, fans have anticipated this release. Now that the trailer and the official The Sims website have revealed new information about this upcoming release, there are a lot of details to unpack.

Are Werewolves Coming to The Sims 4?

The ‘Are You Ready to Go Wild?’ trailer has revealed that werewolves are coming to The Sims 4. It displayed the beasts running wild in the latest town named “Moonwood Mill.” Additionally, many other features, such as a transportation system known as “The Underground,” have been showcased alongside the creatures.

When Are Werewolves Coming Out on The Sims 4?

The Werewolves Game Pack for The Sims 4 will be available on June 16. The game has also debuted two new items to add more to the night theme: The Little Campers Kit and Moonlight Chic Kit. If you want to get started on this dark journey, these kits are available for purchase. Furthermore, you can check out other collections, including My Wedding Stories and Vampires pack.

Watch the trailer here on the Sims YouTube Channel and read the description from the official Sims website:

A full moon shines down on a formerly bustling mill town. Alongside the river that cuts it in two, a thick fog washes over the abandoned lumber equipment and disappears into the untamed wilderness. From the rocky outcropping above, a howl is heard, its musical legato breaking the stillness of the world beneath it. Then another bays from the woods, and another from the lake, until a prowling pack of wolves emerges from the gloomy mist. But these aren’t just any wolves…they’re werewolves, majestic and fierce, like nothing you’ve ever seen before

Bastard!! Anime Gets New Trailer Ahead of Netflix Debut