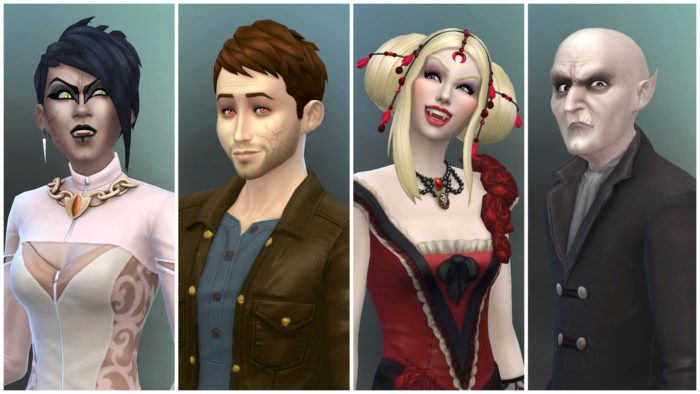 New Create-a-Sim options are on the way, allowing players to make ghoulish Sims that reflect their new vampire ways. Announced additions include fangs, glowing eyes, creepy eye sockets, deadened skin tones, and sinister brows. Each Vampire Sim will also have a regular and dark form, both fully customizeable. The dark form features a creepy walk, and will catch fire if left out in the sunlight.

There will also be Vampire motives and needs, primarily based on their need to drink Plasma. This can be acquired from purchasable Plasma Packs, growable Plasma Fruit, or sleeping Sims. 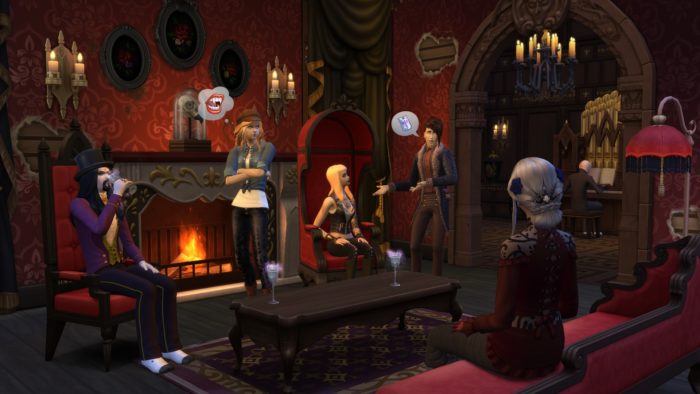 This new area stretches over one block, made up of five lots surrounding a plaza in honor of Forgotten Hollow’s founding Vampire, Vlad.

New Things for Your Home

The Sims 4 is also getting “Vampire objects” to decorate your home with, as well as a new lot trait that makes Vampire visits to your door more frequent. New home objects include coffin beds (which you can WooHoo in) and pipe organs, which come with a skill to level up. 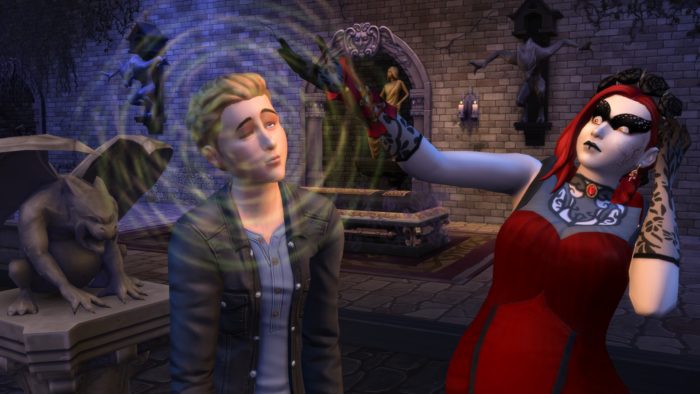 We know there will be special powers in the Vampires Game Pack, which EA says will add strengths and weaknesses to your Vampire. Announced Powers include the ability to turn Sims into Vampires and move around in different forms.

Vampires can have children, though they may not inherit the Vampire gene. Their powers will develop once they become Teenagers, at which time they’ll stop aging completely. You’ll have to use Birthday Cakes if you want them to gain any years.

We’ll keep this post updated as new details on The Sims 4 Vampires Game Pack are revealed. Stay tuned for more in the coming weeks.