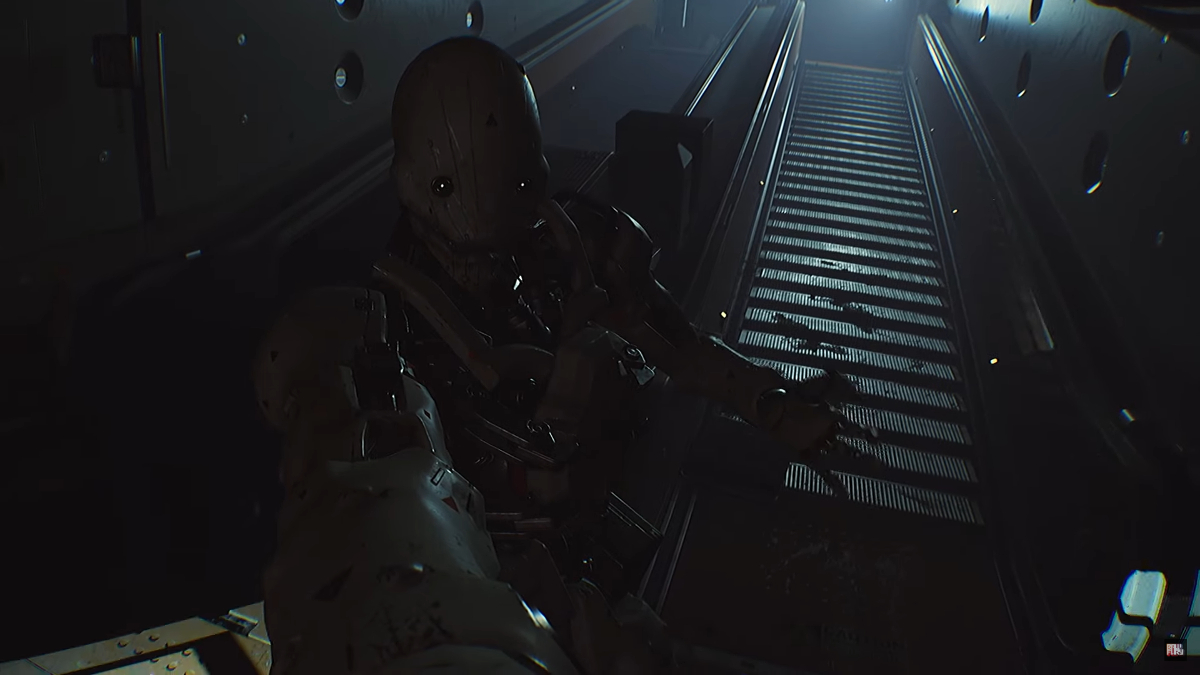 Over a decade ago, the science-fiction horror game Routine was greenlit on Steam but never saw the light of day.

Yet today, during the Summer Game Fest livestream, a re-reveal announcement trailer premiered with the announcement that Routine is headed to PC, Xbox Series X|S, Xbox One, and Game Pass sometime soon.

Developed by Lunar Software and published under Raw Fury, Routine is a first-person title set on an abandoned Lunar base, “designed around an 80’s vision of the future.” The announcement trailer revealed that players would traverse creepy hallways and encounter hair-raising robotic enemies, but much of the premise is still up in the air. There was a neat-looking gadget the main character used in the trailer called the Cosmonaut Assistance Tool, which will help players hack several computer systems around the base as they avoid enemies in a very Alien: Isolation-like manner.

According to the team at Lunar Software, Routine was built from the ground up and returned to its original vision. For any fans familiar with the IP and its past commitments, it may shape up to be a completely different game. But the trailer footage does show that the developers never lost their touch with nailing dark, evocative, and futuristic art direction.

Routine will come to PC, Xbox One, Xbox Series X|S, and Game Pass, but fans will have to wait for a release date. Hopefully, 2022 will be the year for Routine.