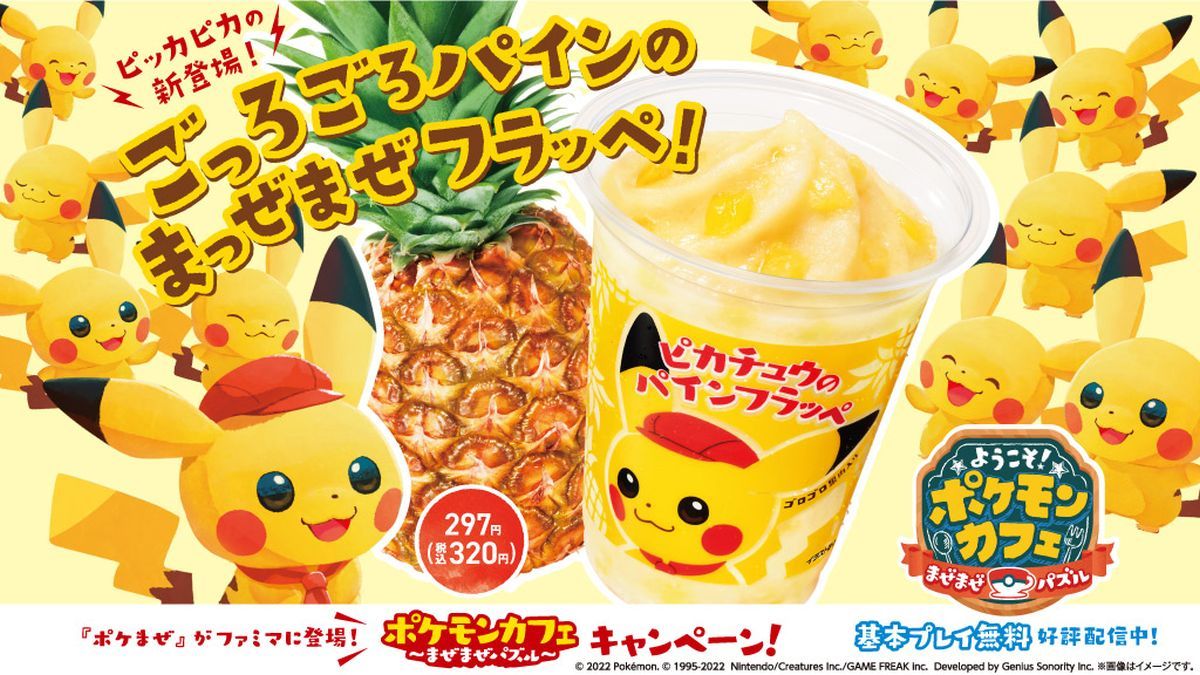 The game for Nintendo Switch, iOS, and Android, which according to the press release has been downloaded 12 million times, will be getting its own milkshakes which will be made available starting on June 21 and until July 18.

They will be called Pikachu Pinefrappé and as the name suggests no Pikachu is actually getting blended. They’re pineapple-flavored. The price for each will be 320 yen including tax, which translates approximately into $2.37.

They’re a variation of FamilyMart’s milkshakes made by their coffee machines and will be available in approximately 16,600 convenience stores nationwide.

They feature a thick texture with golden pineapple chunks for a sweet and sour refreshing taste. Three cups featuring Pikachu in different designs complete the deal.

On top of that, by purchasing products included in the campaign you can get Pokemon Café ReMix coasters and memo pads.

Last, but not least, you can also win tickets for the Pokemon GO Fest 2022 in Sapporo, Japan.