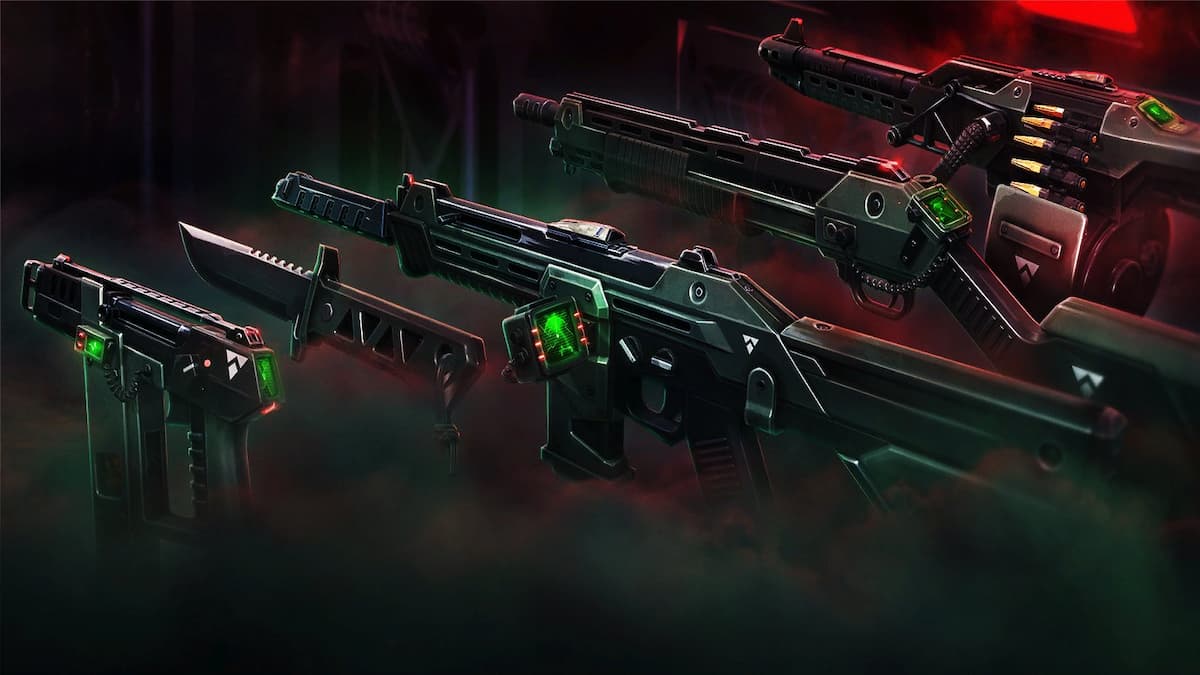 Valorant’s latest patch is now out, and there’s s new weapon skin bundle landing in the stores this week. It’s called Xenohunters, and as you’ve probably already worked out, the bundle is themed on the iconic Aliens films.

The design incorporates the retro look of the marine weapons in the original Alien and Aliens films. The Phantom even includes the heartbeat monitor!

The bundle includes the following weapons:

You can check out a glimpse of the Phantom in action below:

There’s no word yet on the cost of the bundle. Since the Phantom appears to have some minor custom sounds and animations it could either fall under the Deluxe or Premium tiers, which cost 1,275 VP and 1,775 VP respectively. We’ll keep you updated once we hear more.

Until then, check out the latest Valorant Patch 4.11 notes for all the details on the changes coming this week.