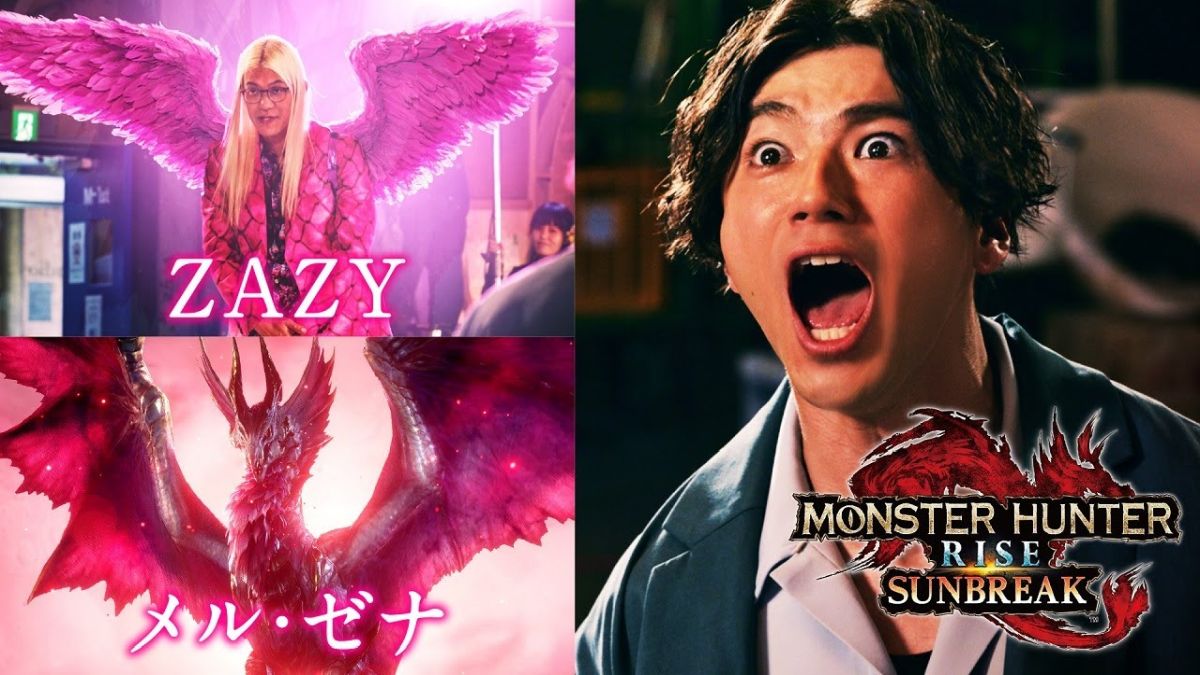 The release of Monster Hunter Rise’s large expansion Sunbreak is coming close and Capcom is ramping up promotion in Japan.

The developer is airing a series of TV commercials starring popular local actor Yuki Yamada, made famous by his debut role in Kaizoku Sentai Gokaiger and then star of many shows and films including High & Low and Tokyo Revengers.

They’re set in a filming set where Yamada-san is so excited to play Sunbreak that he shouts the names of various monsters. Yet, when ZAZY appears in his iconic pink costume with wings, Yamada-san is reminded of Malzeno and more shouting ensues.

If you’re unfamiliar with it, Malzeno is the new Elder Dragon introduced in Monster Hunter Rise: Sunbreak.

On top of these two commercials, we also get a making-of video, and two more ads that are more traditional, showing gameplay and cutscenes.

Monster Hunter Rise: Sunbreak will be released on June 30, 2022, for both Switch and PC. A demo has already been made available for both platforms.