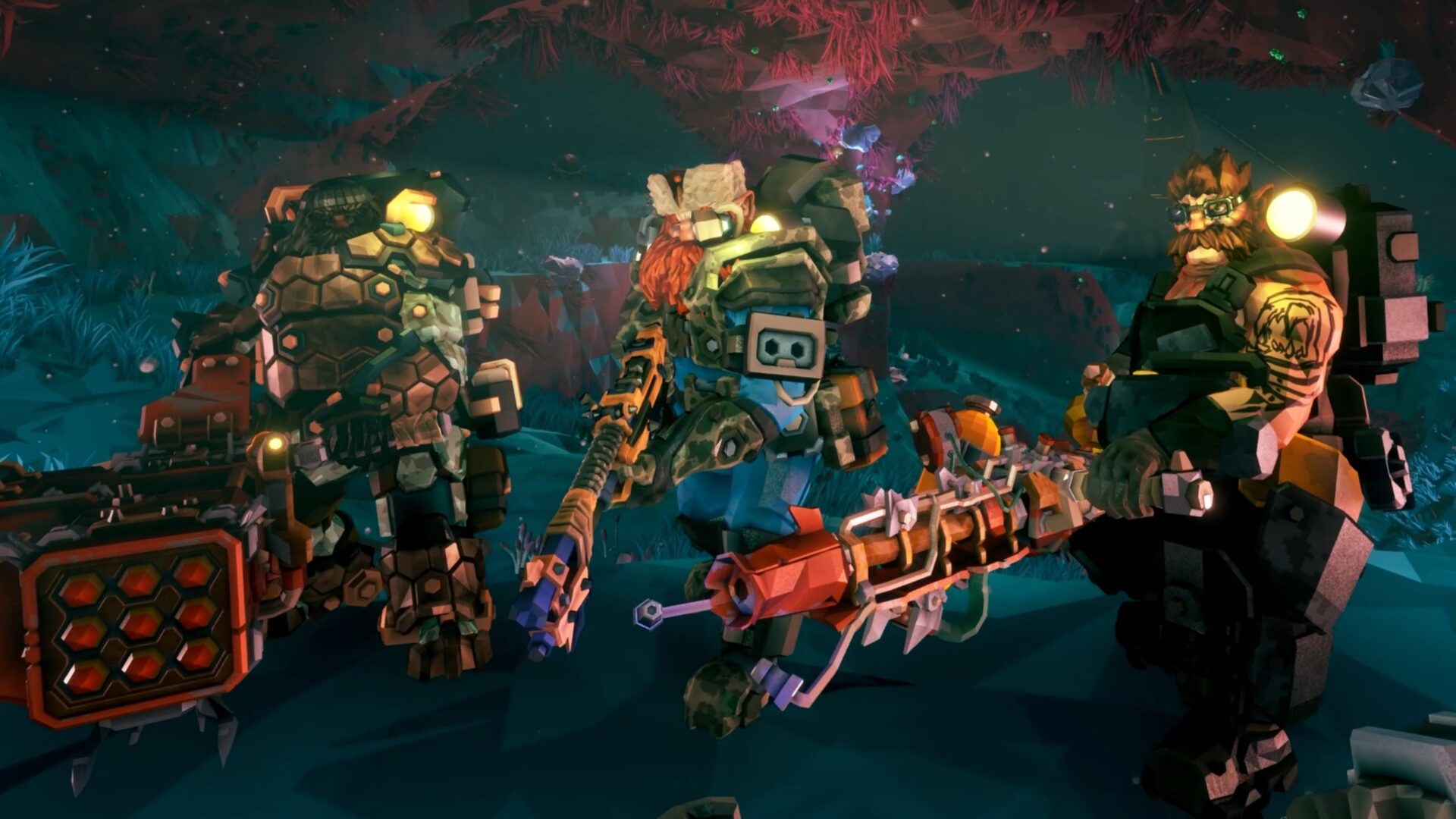 The Space Beach Party event will begin next week on Monday, June 20 and brings a new assignment of missions that will reward with new hats when completed. The space rig that serves as a hub to all players will also be festively decorated to evoke an actual beach party.

Ghost Ship Games also updated its living roadmap for the game today, promising new weapons and cosmetic items with the upcoming season three. While season one added new primary weapons and season two gave new secondary weapons, season three will give the four classes new grenades. The studio said it is currently testing ideas for the new grenades, but did not detail further.

Season three will also come with a new Performance Pass of cosmetics items to earn, and a cryptic message that could see a new type of enemy arrive: “Attention Miners. Long-range sensors have detected a large body approaching Creus on a parabolic trajectory. Something is coming. And it’s not robots…” The studio also said paid cosmetic DLC will be coming alongside and to “probably expect one or two more things to sneak” with the new season.