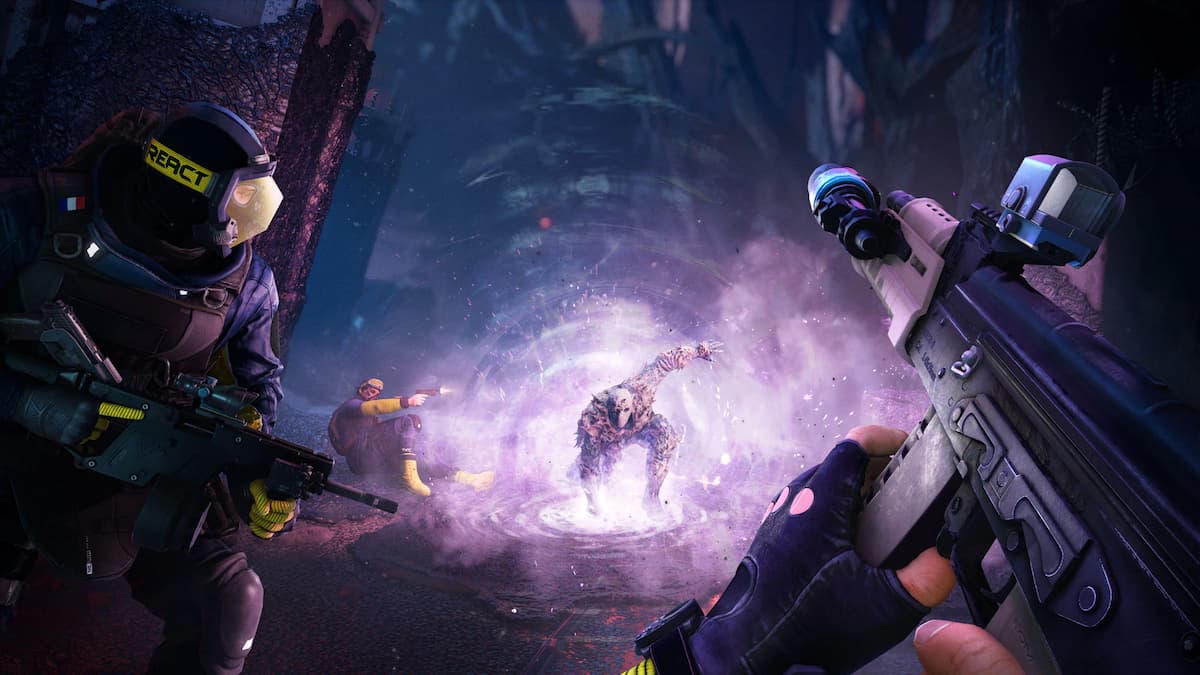 A lot of craziness surrounds the player in this reveal, especially due to the hallucinations of enemies caused by the poisonous purple haze. Furthermore, this video explores the main objectives of the game, upgraded weapons, and the toxicity levels of the fog.

The gameplay showcases the monstrous Archæans as they try to kill anyone standing in their way. The end goal is to find and destroy a parasitic tree triggering the toxic fog. To be able to get that far, you must complete regular objectives like Nest Tracking or Triangulation, and then make it through Decontamination and Removal.

You can find an in-depth look into the gameplay of Rainbow Six Extraction: Nightmare Fog below.

Those who play the mode will acquire new REACT Tech, which includes a React Rush Pistol that boosts your movement speed and provides temporary invulnerability. Besides this upgraded weaponry, there are also rewards like skins, charms, and outfits that you can get for completing certain tasks in Nightmare Fog.

Alongside this exciting event, there is a new Prestige level added to Rainbow Six Extraction. This gives players the opportunity to increase their XP to earn icons, uniforms, and headgear.