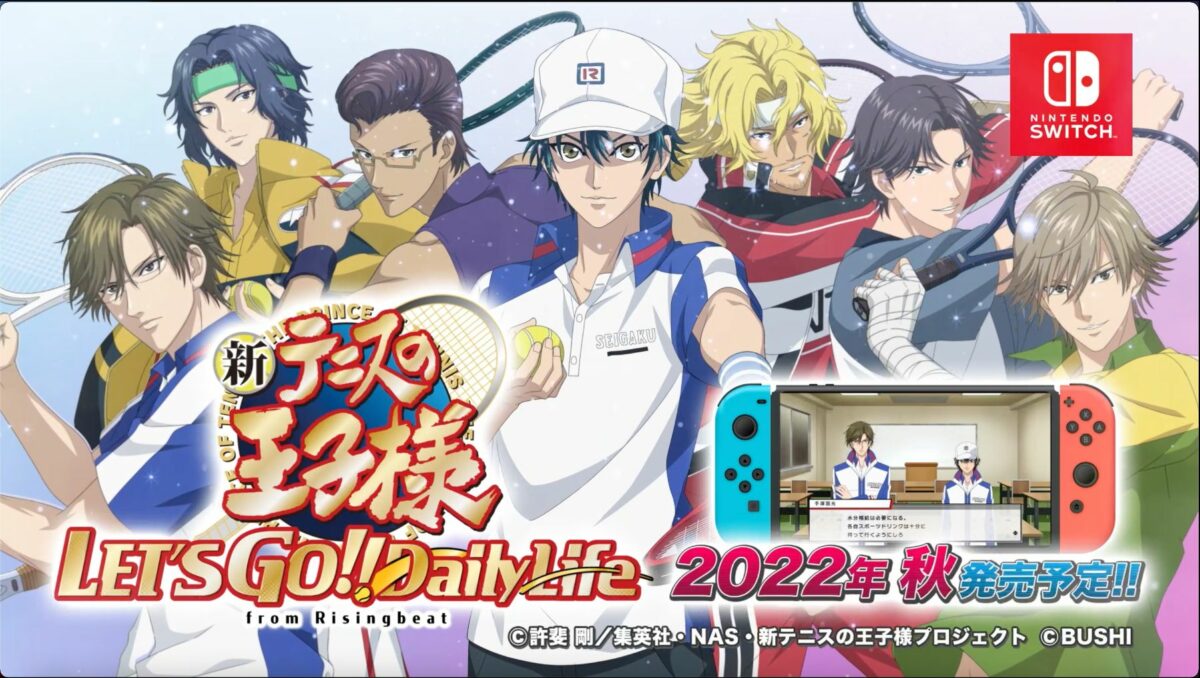 Fans of manga and anime will likely know the incredibly popular series The Prince of Tennis, and it’s getting a new video game.

Bushiroad announced that it will release The New Prince of Tennis LET’S GO!! 〜Daily Life〜 from RisingBeat in Japan in the fall of 2022 exclusively for Nintendo Switch.

The game is actually a visual novel, and for the moment there isn’t an announcement for the west. That being said, Bushiroad’s previous anime game Miss Kobayashi’s Dragon Maid: Burst Forth!! Choro-gon☆ Breath is getting a localization, so who knows, we might get lucky.

Below you can enjoy the first trailer and the key artwork shared with the press release.

The series sparked the creation of tons of media including anime and a massive quantity of video games between the Game Boy and PS2 eras. Lately, it has been confined to mobile with The New Prince of Tennis RisingBeat.

It’ll be interesting to see if Bushiroad will find a partner to bring this game west as it did with its Miss Kobayashi’s Dragon Maid game. The series certainly has a fanbase in North America and Europe, like all popular manga and anime, so we’ll have to wait and see. Of course, we’ll keep you posted.