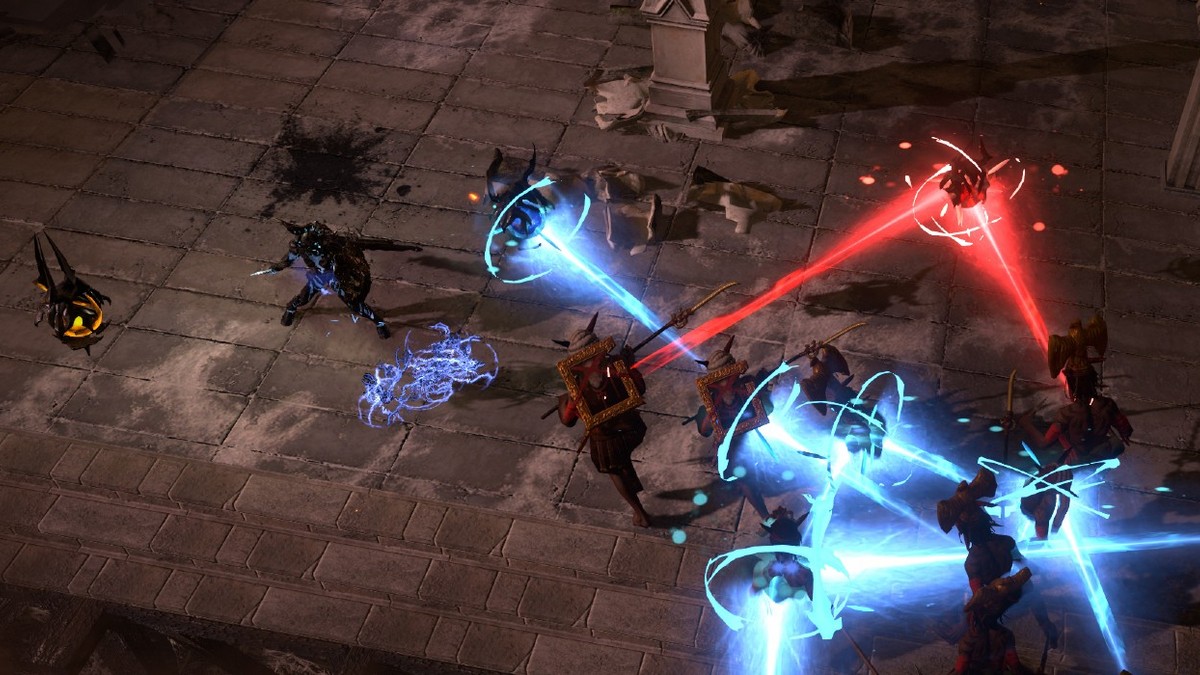 The action RPG that is Path of Exile is no stranger to expansions that can transform how players enjoy the game, such as Harvest, Echoes of the Atlas, and Siege of the Atlas. Maintaining that same spirit, the upcoming Sentinel expansion will do just the same, allowing players to up the ante in exchange for even more bonus loot.

The titular Sentinels will begin dropping as loot from slain monsters, and come in either red, blue, or yellow varieties. Like most things found in Path of Exile, there will be different modifiers and perks affixed on these Sentinels, and they can be deployed during combat to make things more hectic and rewarding.

Red Stalker Sentinels buffs any enemies within its visibility for a limited time, the blue Pandemonium Sentinels goes further by buffing every opponent on-screen and even beyond immediately, while the yellow Apex Sentinel will provide buffs to the most dangerous of rare, unique, or boss enemies. Each Sentinel can only be used once per area, so players will have to keep that in mind when looking to increase the challenge.

It is important to note that Sentinels will run out of juice eventually, and can be powered up using a Power Core. This requires scraping two drained Sentinels, with their properties mixing to produce hybrid perks for the Sentinel to be powered up. The process of combination can also be applied to your other equipment as well through the use of Recombinators, merging the best elements of each item and potentially adding an exclusive new modifier to create something even more powerful.

In addition, the Sentinel Controller panel allows for further customization of behavior, further changing up the experience for any build at any moment.

Of course, with the Sentinel expansion comes even more content for those in the endgame of Path of Exile. Players can look forward to 20 new keystone passives for the Atlas tree, seven uber boss fights, new pinnacle unique items, revamped monster modifiers, game controller support, new quality of life features, a revamped challenge system, and more.

Be sure to check out the full details of the expansion via the official website, and prepare yourself for yet another game-changing Path of Exile update this May 13 on PC and May 18 for consoles.