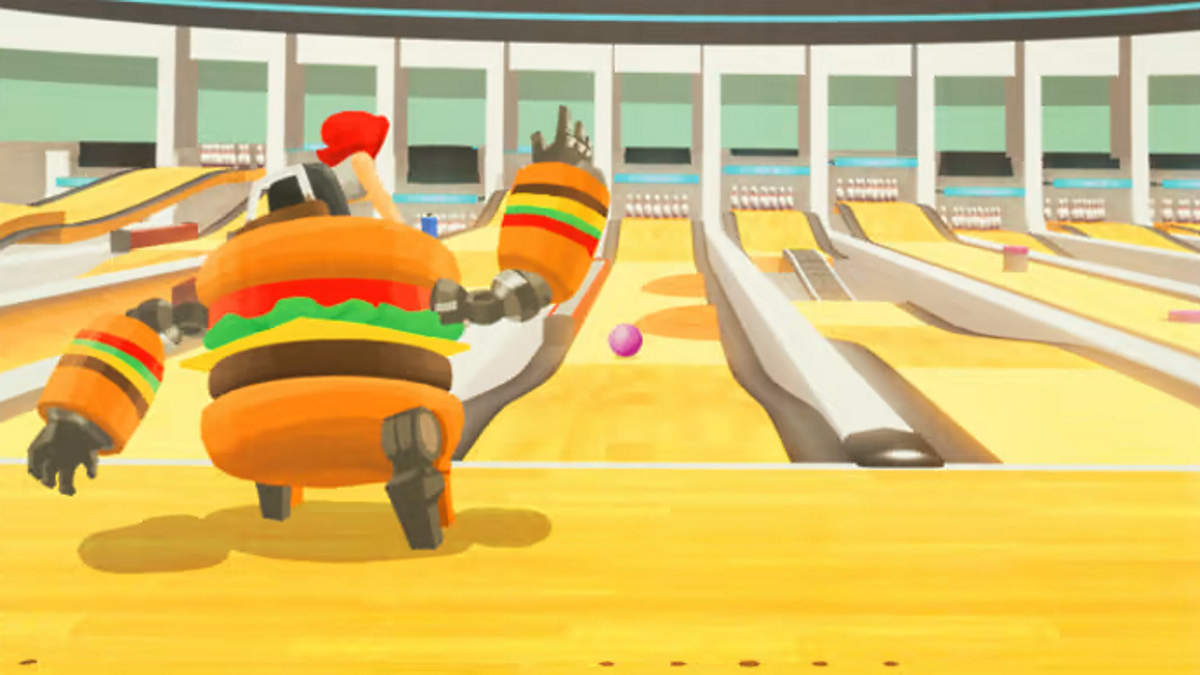 In Nintendo’s Ask the Developer Volume 5, several “behind the scenes” facts were revealed about Nintendo Switch Sports, including the detail that the game almost had playable robot characters instead of the human characters it ended up with.

This fifth volume of Ask the Developer interviews some of the developers of Nintendo Switch Sports, such as Takayuki Shimamura (producer), Yoshikazu Yamashita (director), and more. The interview dives into how the team was aiming to create the world’s “most easy-to-invite to, motion-based game.”

There are four pages worth of conversation from this interview; we’ll detail some of the most interesting points from it.

The development of Nintendo Switch Sports started not long after the Switch was released, and it began as a request to create the next title in the Wii Sports series. At first, Yamashita thought there was nothing left to do, so the team explored new directions. They even considered making it without motion controls entirely but realized that removed the charm of Wii Sports.

The team found it more difficult to implement accurate-feeling swinging motion controls on the Joy-Con than they had on the Wii Remotes for Wii Sports, which made development tricky. It was important for them to achieve motion accuracy that worked beyond 90% detection in order for the sports to feel realistic, which took a long time to get right.

One of the big differences between Nintendo Switch Sports and the original Wii Sports title is the removal of Miis as the default character; instead, there is a new style of human character called Sportsmates that the player can customize and play as. However, the team didn’t have the style decided from the start.

Though these robot characters—who donned designs like a hamburger suit, carrot suit, and bear face suit—were clever, creative prototypes, the developers agreed that it felt like the wrong direction. After seeing how the robots moved on screen, they realized there were too many steps to get it to look natural.

Instead, we got the Sportsmates human-style characters to play as. They have over 650 different body motions, which is a huge difference from the 30 different animation motions of the Mii characters from Wii Sports.

Finally, the interview goes into the thought process behind playing with others, how multiplayer makes the game inherently fun, and why the team didn’t want a huge emphasis on the word “online.”

You can read the entire four-part Ask the Developer interview right here on Nintendo’s website.