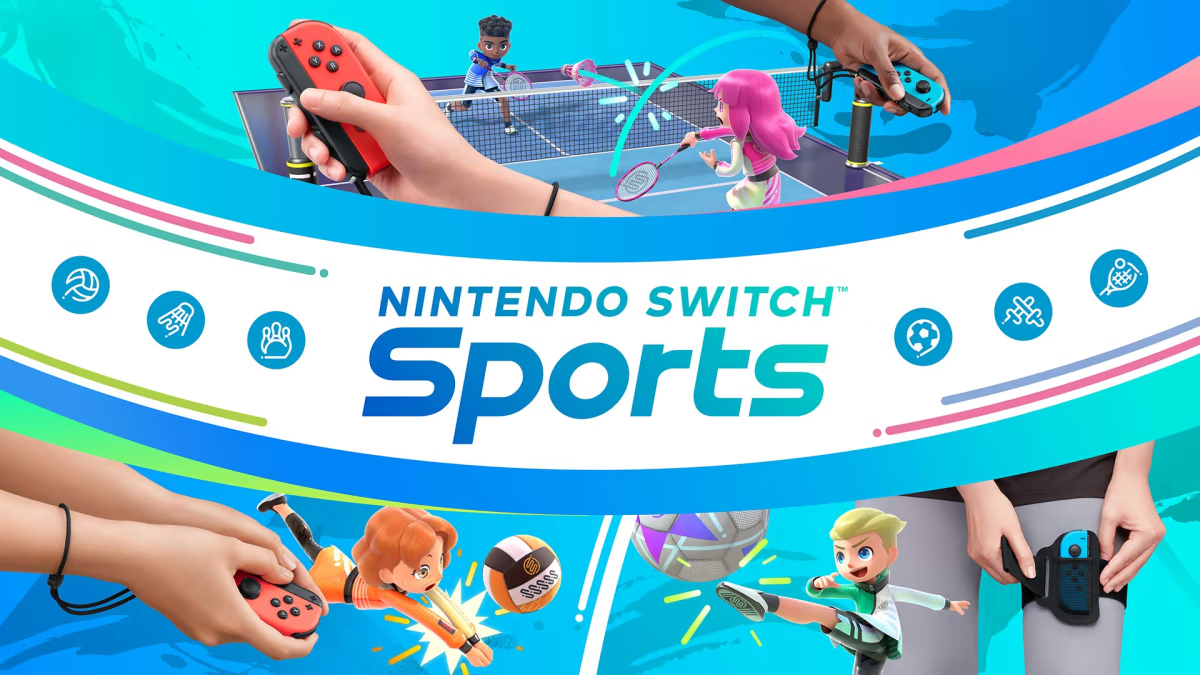 In 2006, Wii Sports cemented itself as an important piece of video game history when it was released alongside the Wii —this collection of five sports games was Nintendo’s way of showing off their newest console’s motion control tech in a way that was accessible and fun for families and players of all ages and skill ranges.

Three years later, Nintendo built on this winning concept with the game Wii Sports Resort. The sequel had a total of 24 modes across 12 different sporting events and used the Wii MotionPlus accessory to capture the most complex motion controls possible.

Now, in 2022, Nintendo Switch Sports attempts to capture the magic of those first two games in the series. Its efforts in doing so are not bad per se, but they are extremely basic and do not build upon the previous concepts in any revolutionary way.

In each sport, you can choose the CPU players’ strength with the options of Normal, Strong, and Powerhouse. Normal seems most appropriate for young children and the most casual players as it does not very much of a challenge. Strong feels like an “easy” difficulty for anyone who plays video games regularly, and Powerhouse is the only skill level in which I felt like I actually had to try.

There really isn’t anything too surprising in Nintendo Switch Sports. The new sports that weren’t available in previous games are volleyball, soccer, and badminton. The former two are the sports I had the most fun playing in my time with the game as they required the most strategy in order to win.

Volleyball has several distinct ways of using the Joy-Con motion controls in order to hit the ball, from bumps and serves to spikes and blocks. Even on its highest difficulty, Powerhouse, the game tells you which type of move you should be preparing for your next hit.

Soccer has the most rule sets of any of the games. You can play one-on-one, four-on-four, free practice, or shoot-out, the latter of which requires the leg strap accessory. The ball is much bigger than regulation size, and in the two main soccer modes you can run freely around the field kicking the ball in multiple ways to score.

The third sport I had the most fun with was bowling. The standard mode is exactly what you’d expect with rolling the ball to knock down as many pins as possible. Special mode is similar, but there are obstacles set up in the lanes that make it a bit trickier.

Playing any of the sports offline in single-player gets very old very fast. There are no customization items to unlock offline (this is tied to online mode instead in which the customization items you can unlock rotates on a weekly basis). There is also no leveling or any sort of progression or record-keeping offline. Without friends or family to play with, it gets pretty boring.

Nintendo Switch Sports also does not seem to have the charm or quirkiness that I remember from Wii Sports. I found myself missing the little ridiculous things from the original game, like dropping the bowling ball behind you and seeing the crowd of Miis jump in surprise, and watching legless Miis bounce around a field.

There are no training or fitness modes or really any other offline modes at all. Online play promises a pro mode that can allows you to climb ranks the more you win.

The interface and menus of Nintendo Switch Sports are simple, snappy, and clean. The more complex games have easy-to-understand tutorials. The motion controls are well-implemented; I never had any issues with the controls or mechanics and felt like the game always read what I wanted to do correctly. It’s important to know that there is no handheld mode supported (Switch Lite users beware), and players must use the Joy-Cons (no Pro Controller support).

The game feels so basic. It’s hardly better than Wii Sports was in 2006, which came bundled with the console as a glorified tech demo. While it’s true that golf is being added for free later, I can’t help but feel like Nintendo Switch Sports is incomplete, especially when comparing the lineup of games to the massive offering from Wii Sports Resort in 2009. I expected more, not less.

Nintendo Switch Sports is best for families with young children or for groups of friends as a local party game. I think even kids will not find too much longevity here, and there are much better party games currently available on the Switch.

Nintendo Switch Sports is not a bad game, but it definitely doesn’t offer anything radically new or revolutionary, and it doesn’t provide much to keep me playing for more than a couple of hours on occasion. I think there’s a lot of potential here, though, so I hope that Nintendo plans to update it with additional content regularly in order to keep players coming back for more.