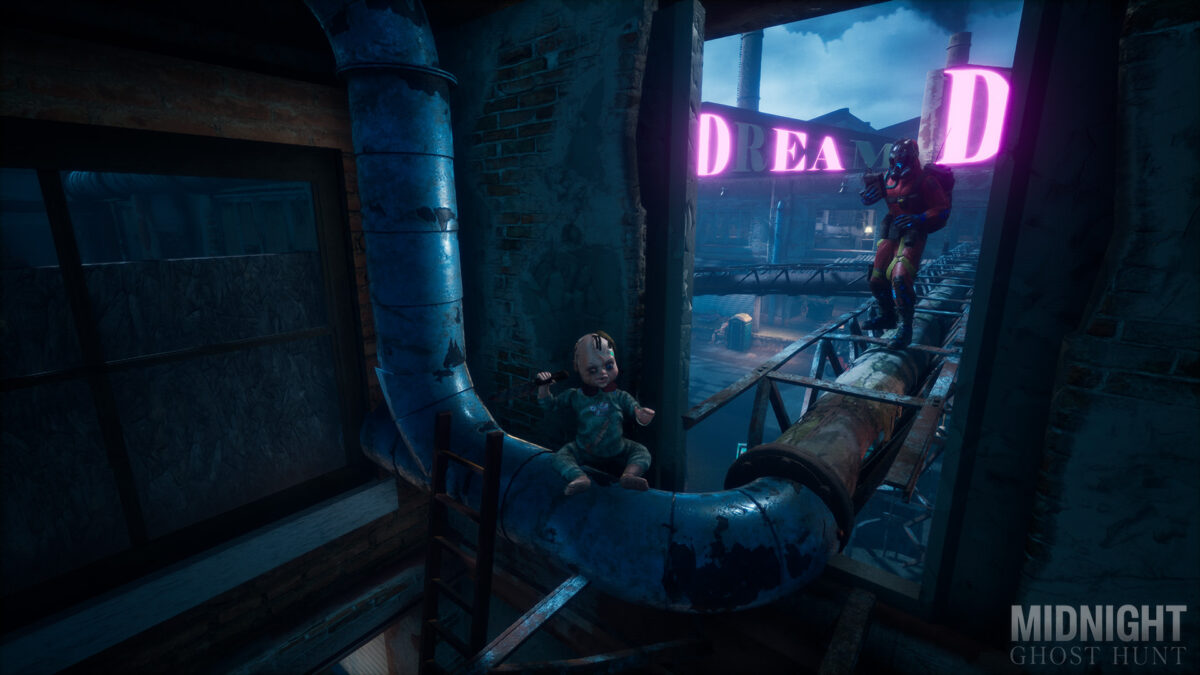 Midnight Ghost Hunt was released via Steam early access just a month ago, and it’s quickly proving to be one of the goofier multiplayer games we’ve seen this year. Think Phasmophobia, except the hunters can actually fight back and there are way more random objects flying all over the place.

Coffee Stain and Vaulted Sky Games have just announced that the game will be getting its first major update tomorrow, along with a new Doll Factory map for players to play on. You can check out the announcement trailer down below:

In my early access preview, I praised it for its fun and entertaining mechanics, though it did seem like the ghosts had a bit of an advantage when it came to matchmaking. That being said, the game still has plenty of room to grow, and it’ll be exciting to see how it develops from here.

Midnight Ghost Hunt is now available on Steam as an early access title.