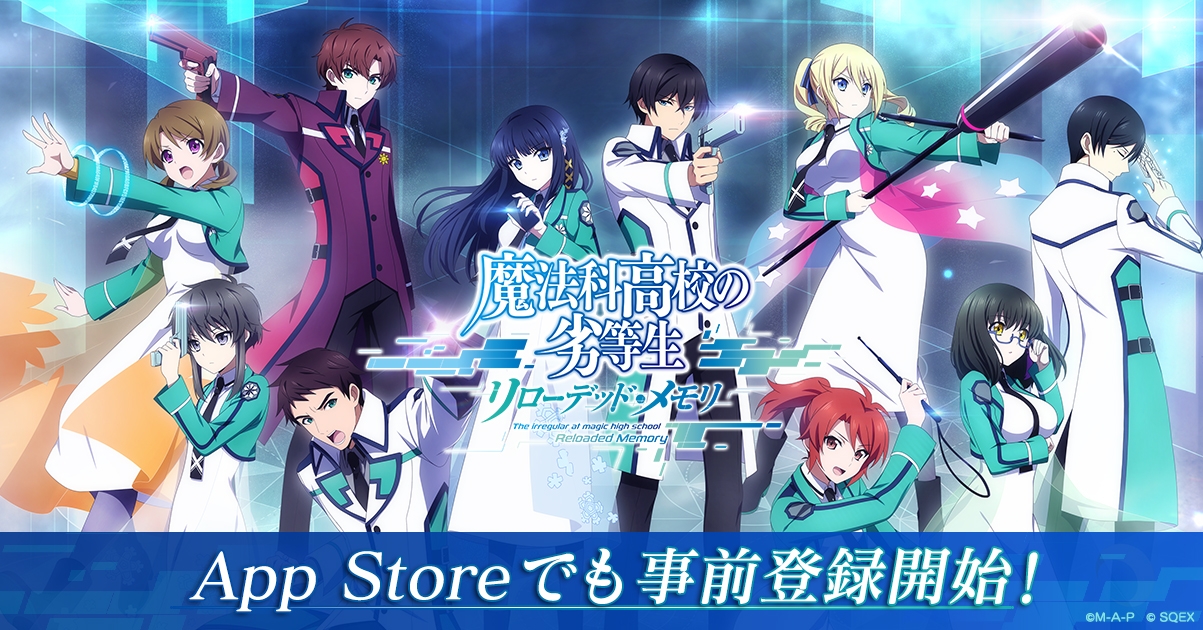 Square Enix has finally announced a Japanese release window of The Irregular at Magic High School: Reloaded Memory for iOS and Android.

The game has been in the pipeline for a really long time for a mobile game, having been announced all the way back in October 2020, but now we know that it’ll finally launch in early summer 2020.

Pre-registrations are also open on iOS and Android.

Alongside the announcement, we got a few trailers introducing some well-known characters and showing their gameplay, Tatsuya and Miyuki Shiba, Angelina Kudou Shields, and Erika Chiba.

The series is still ongoing with its sequel, and it spawned plenty of manga and anime

At the moment, no word has been shared about a possible release in the west of the game, but the anime is fairly well-known in North America and Europe and Square Enix has been quite good in localizing its mobile games as of late, so there is hope.