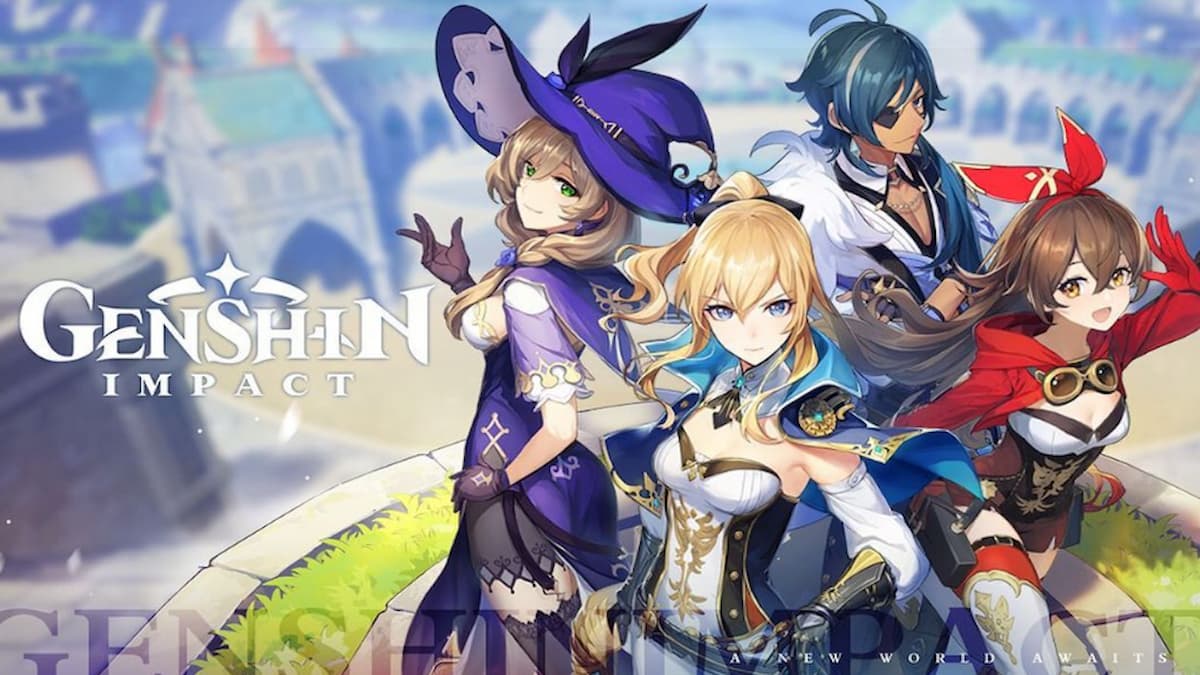 Characters of Genshin Impact have unique storylines that showcase each of their personalities and motivations to prove that they are more than just their looks. Now that we got out that of the way, let’s get right down to it and just point out that there’s a lot of attractive people in this game. With this in mind, here are the top 10 hottest Genshin Impact characters.

The introduction of Jean made people think that it wouldn’t be such a bad thing if Mondstadt was in trouble all the time, simply because that would extend their time to be with this beauty. Her refinery and sense of duty enhances her attraction level even more because she is a woman that knows what she wants.

Whenever those blue eyes and her soft voice are directed toward the player, you can’t help but blush a little from this fictional character.

Zhongli exhibits that a gentleman can be sexy especially with a deep sultry voice like his, and he is one of the most popular in Genshin Impact. His suit and tie, piercing eyes, and lavish hair are a few of his characteristics that add to his charm.

When the Traveler meets with him to make him some Misty Green Tea, it could almost be like a date, except for the fact that Paimon is forever the third wheel.

Rosaria’s unique nun outfit definitely sets her apart from the rest of the cast. She is a blunt woman who doesn’t care what anyone thinks, making her alluring in both personality and appearance. In the first conversation with her, her snarky comments make Paimon believe she is a villain, and villains can be very hot.

Mona has one of the most enticing outfits, as well as her witch elements showcasing her mystical side. The minute you see her flip her hair away from her face, in an almost sassy and confident way, this character notably becomes one of the most attractive characters in the game.

The flirtatious Kaeya knows what he is doing with his smooth-talking and his bare chest revealed from his outfit. This Cavalry Captain’s confidence shines in his key observation skills and strength, showing that self-assurance is incredibly alluring. His fashion taste and hairstyle only increase this man’s hotness.

A woman’s elegance is an attractive feature and Ningguang has plenty of that. She is a powerful woman with beauty glistening from her long white hair to her white slit dress showcasing her figure. As one of the hottest characters, she deserves way more than the Jade Chamber.

Tattoos on a person can be incredibly hot and Xiao embodies it with the art on his arm. He may be a destructive man, but who doesn’t like a little spice in personality? His character design is expertly detailed with the combination of colors, making him of the most unique male models in this universe.

Tartaglia, also known as Childe, demonstrates his power by rescuing the Traveler and there is an attractive quality to a man that is willing to save you. His wavy hair and blue eyes, along with his singular earring prove him to be one of the hottest men in Genshin Impact.

Lisa definitely has that classic sexy librarian appearance down with her sexy physique. Every time she calls the Traveler a “cutie”, you sometimes hope she is talking directly to you.

When the player has the opportunity to help her get a library book back, players have the advantage to call their outing a date, a thrilling adventure with the option for many flirtatious moments.

There’s nothing hotter than a captain of a ship, specifically Beidou and her choice of clothing embodying the sexy pirate. The sassiness when you first meet her adds fuel to the fire of attractiveness when she teases Paimon by calling her a “Floating Thing”. With her long hair and her sultry voice, Beidou has what it takes to be on this list of hottest Genshin Impact characters.

Even with these top 10 hottest characters of Genshin Impact, there are many more within the game and future ones to come. This game truly excels in terms of character designs, especially since this list was created to showcase each of their beauty. For more on Genshin Impact, check out the relevant links below and look for updated news and guides on Twinfinite.