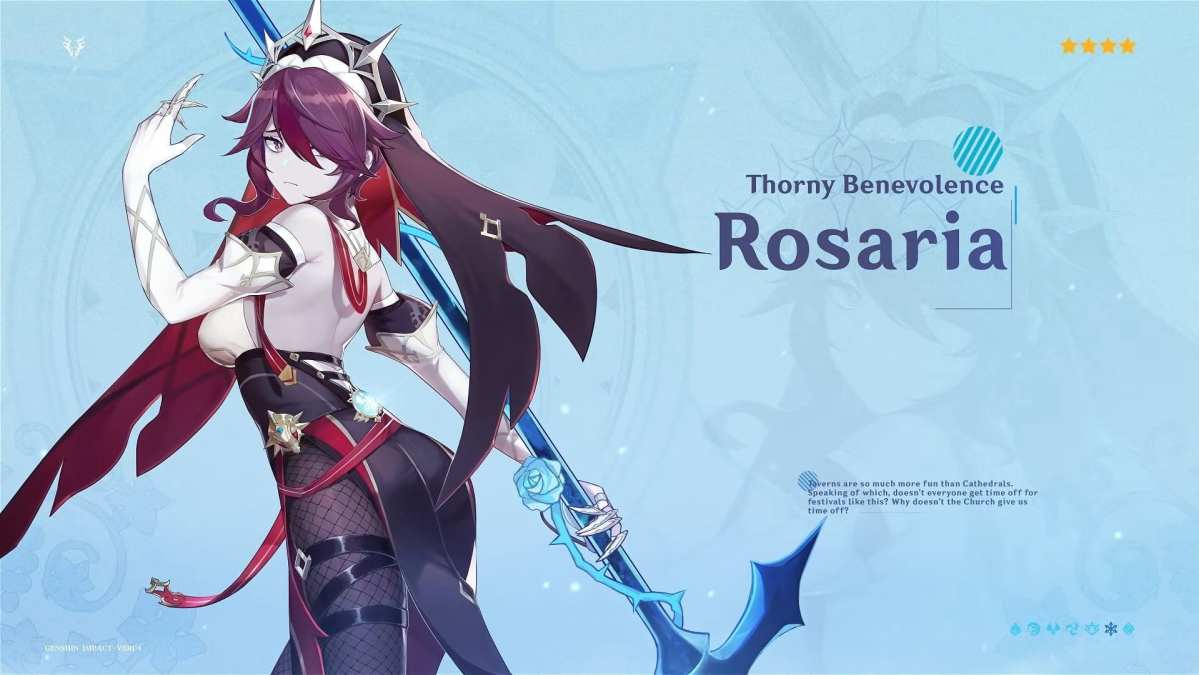 Rosaria is one of the newest characters to be added to Genshin Impact‘s steadily growing roster. She was teased last month as a part of the 1.4 update rollout. If you’re looking to add this nun to your party, here’s how to get Rosaria in Genshin Impact.

How to Get Rosaria in Genshin Impact

The only way to obtain Rosaria and add her to your team is to pull for her using wishes. This is a gacha game, after all. You’ll need to spend those hard-earned Primogems to have a chance at playing as Rosaria in Genshin Impact.

A new Banner has been added to the game, replacing Venti’s Banner. This new Farewell of Snezhnaya Banner provides increased pull rates for Tartaglia (Childe), Barbara, Fischl, and Rosaria.

A trailer was recently released to introduce Rosaria’s gameplay just before she joined Genshin Impact as a playable character. She’s a spear-wielder who uses the Cryo element in combat.

Her Elemental Skill, Ravaging Confession, allows her to dash behind smaller opponents while dealing Cryo damage with her weapon. Her Elemental Burst, Last Rites, has her slash enemies, then summon an Ice Lance that smashes into the ground.

That’s everything you need to know about how to get Rosaria in Genshin Impact. If you’re looking for more tips and tricks, check out our guide wiki for the game.

Be sure to have a look at the related content below to read even more about Genshin Impact. If you have any questions about the game, let us know below and we’ll do our best to help you out.