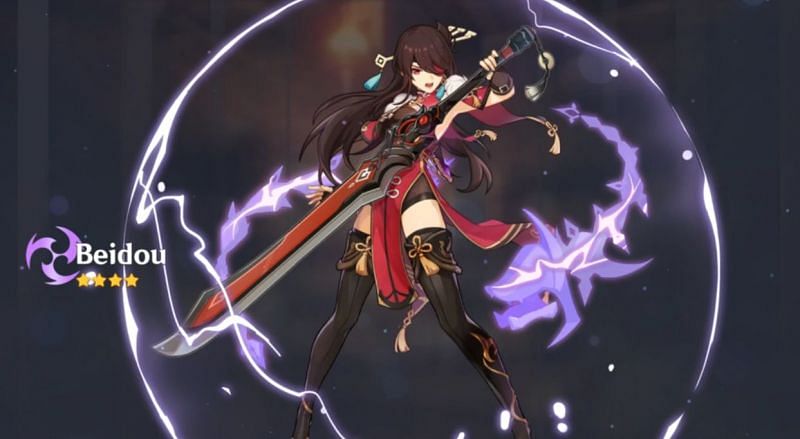 miHoYo is giving players the opportunity to add Beidou to their Genshin Impact party, but only for a limited time. The pirate queen hero is a four-star electrotype, making her a pretty worthwhile addition to your roster. Of course, getting her isn’t as easy as it may seem on the surface. Instead, you’ll need to complete the second part of the Thunder Sojourn event which is live until Aug. 8. Here’s how to get Beidou in Genshin Impact for free.

Getting Beidou in Genshin Impact

To get Beidou, you’ll need 1,000 Thunder Pellets and 1,000 Thunder Crystals. As long as you’ve got these, you’ll then be able to ‘Send Invitation,’ permanently adding her to your party.

Thunder Pellets are a currency obtained during the Thunder Sojourn event by completing various challenges around the map.

These Pellets can also be used to buy materials from the store, but even if you do, you should still be able to grind out the 1,000 Thunder Pellets you need to get Beidou.

Thunder Crystals are a little trickier, as these four-star rarity items can only be obtained through completing the Automaton Front boss challenge. This fight is essentially the same as the standard Automaton fight, but you’ll be able to grab power-ups around the map which increase your electro heroes damage output, especially with AOE bursts.

You’ll need to complete the Automaton Front boss challenge at least four times to get the 1,000 Thunder Crystals you need for Beidou.

Once you’ve got the materials, simply fire off the invitation and voila, you’ll have Beidou in Genshin Impact. For more tips and tricks, check out our wiki or see more of our coverage on the game below.