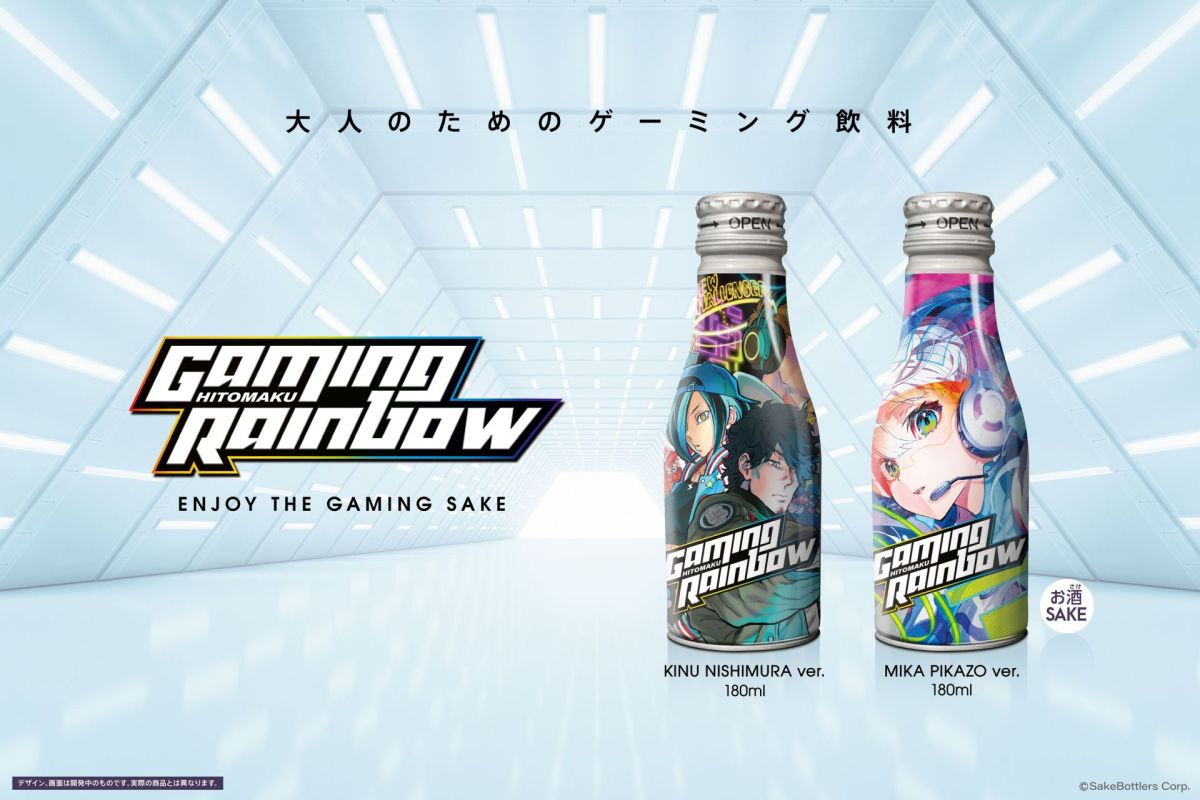 Various kinds of supposedly gaming-oriented energy drinks have flooded the market in the past few years, but “gaming sake” is a bit more peculiar.

We’ve had sake dedicated to gaming brands before, kike Neo Geo, Sega, or Yakuza, but this concept is a bit different.

Each bottle will include 180 ml of sake brewed by the Tsuchida Brewery in Gunma prefecture, offering a taste that is said to match gaming and described as a “big crouching punch” (which is basically a way to describe the Shoryuken in Street Fighter).

Each bottle will be decorated by an illustration designed by a popular artist, specifically Kinu Nishimura of Street Fighter fame and Mika Pikazo.

A set of four bottles will cost 7,500 yen (approximately $58) and additional merchandise is also available.

The initiative has already been met with a degree of success, as it was actually launched on the Japanese crowdfunding platform campfire.

The goal of 1 million yen (approximately $7682) was reached in 3 hours and doubled in the first 4 days.

According to the creators, when you’re playing games in which combat is involved you can drink the sake while waiting for the matching, to be revived, or for other players’ turn.

On the other hand, you can drink leisurely during a game in which you’re not as pressed like an RPG or a social game.

Of course, it’s also fun to drink while watching games being livestreamed and you’re not playing yourself.

The sake from Tsuchida Brewery (which has been operating since 1890) was chosen among a variety of options for a few different reasons. The taste closely matches what was being sought for this project and the sake’s concept matches the idea of getting better one step at a time in games. On top of that, the brewery’s president used to work at Capcom.

You can see the bottles, their illustrations, and related merch below.