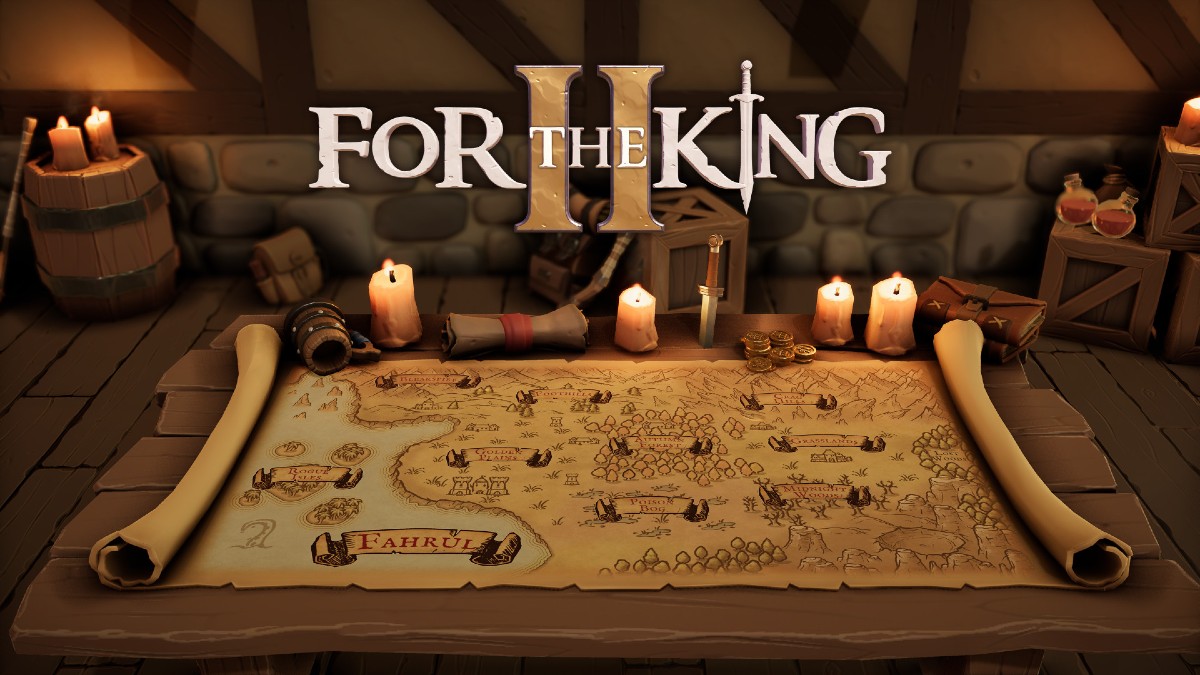 Today, Curve Games and IronOak Games announced the highly-anticipated sequel to the successful multi-platform franchise, For the King. Simply titled For the King II, this sequel combines the original game’s challenging blend of strategy, RPG combat, and roguelike elements with plenty of new features, including four-player co-op.

You can check out the announcement trailer and an official description for the sequel right down below.

With the fanatical Queensguard on every street corner and ordinary citizens turned bandit in every alley, will you risk the threat of treason and band together with fellow outlaws to bring an end to the Queen’s oppressive reign?

For The King II builds on the challenging blend of Strategy, JRPG Combat, and Roguelike elements from the hugely popular and successful co-op sensation, For The King, to create an epic new experience.

When the dice determine whether you live or die, you’ll have to pick your battles carefully. Arm your characters with the skills and gear needed to succeed in this famously unforegiving combat system that rewards strategy and foresight.

Online and Local multiplayer for up to four players

Strategize and fight side-by-side with your friends in the everchanging world of Fahrul or split up to claim all of the wonderous loot for yourself – or die trying!

Choose your party from a diverse selection of classes; each with their own unique stats and abilities – before embarking into the world on deadly adventures!

Loot fallen enemies and explore deadly dungeons to discover weapons and armor that offer unique abilities, tactical advantages and powerful synergies. The more you play the more you permanently unlock items for your characters between playthroughs.

From the vast number of character and item combinations to the procedurally generated maps, quests, loot, and events – the world of Fahrul is always changing and will constantly keep you on your toes!

Take in the sights and sounds of a reimagined Fahrul

With a whole host of new biomes to explore, a beautiful updated art style and a brand-new original soundtrack – For The King II transports you deep into the wonders of Fahrul, leading you further than ever before into this stunningly imagined land of adventure.

The Queen’s late husband, King Bronner, may long be dead, but you must do this for your village, for your realm, For The King!

For the King II is set to arrive on PC at some point in 2023. For more information, and to wishlist the game, check out the official Steam page.