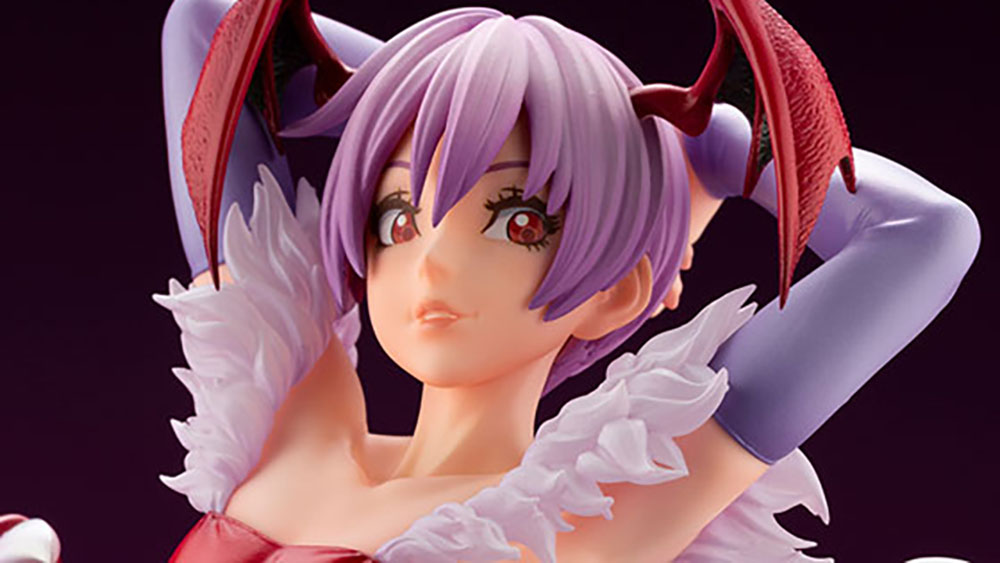 While the Darkstalkers series hasn’t been getting much support from Capcom besides re-releases, figure manufacturers haven’t forgotten about the nostalgic fighting series.

Kotobukiya has made a new figure belonging to its popular Bishoujo line portraying Lilith. You can find it on Amiami for 12,900 yen, which translates approximately into $99.

The release window is not excruciatingly far, coming in November 2022.

The prototype is sculpted by Tsubame, inspired by an illustration by Shunya Yamashita as you’d expect from the Bishoujo line. The scale is 1/7, resulting in 225mm in height.

Below you can check out a gallery and an official description.

A dangerous Lilith born from Morrigan’s soul and based on a new drawing by Shunya Yamashita!

The statue shows Lilith’s slender, youthful body line, and adorable, innocent expression, but also gives glimpses of her ruthlessness and bewitchment. Could they be signs of her being a former succubus!?
Her underarms and ribs that are highlighted by curving her upper body and the mesmerizing, delicate movements of her shoulder blades have been sculpted by TSUBAME.

The sinister wings are sculpted to give a different impression when viewed from the front or back, and follow the same specifications as those of Morrigan! Along with Lilith’s surreptitious cruelty, it expresses her lineage as the other self of that soul.

The base resembles a stage from the video games and its color is matched to that of Morrigan’s.
Display these two characters together that are bonded by an inseparable relationship.

If you’re interested in the Darkstalkers franchise, it’ll soon be released within the Capcom Fighting Collection for PS4, Xbox One, PC, and Nintendo Switch.