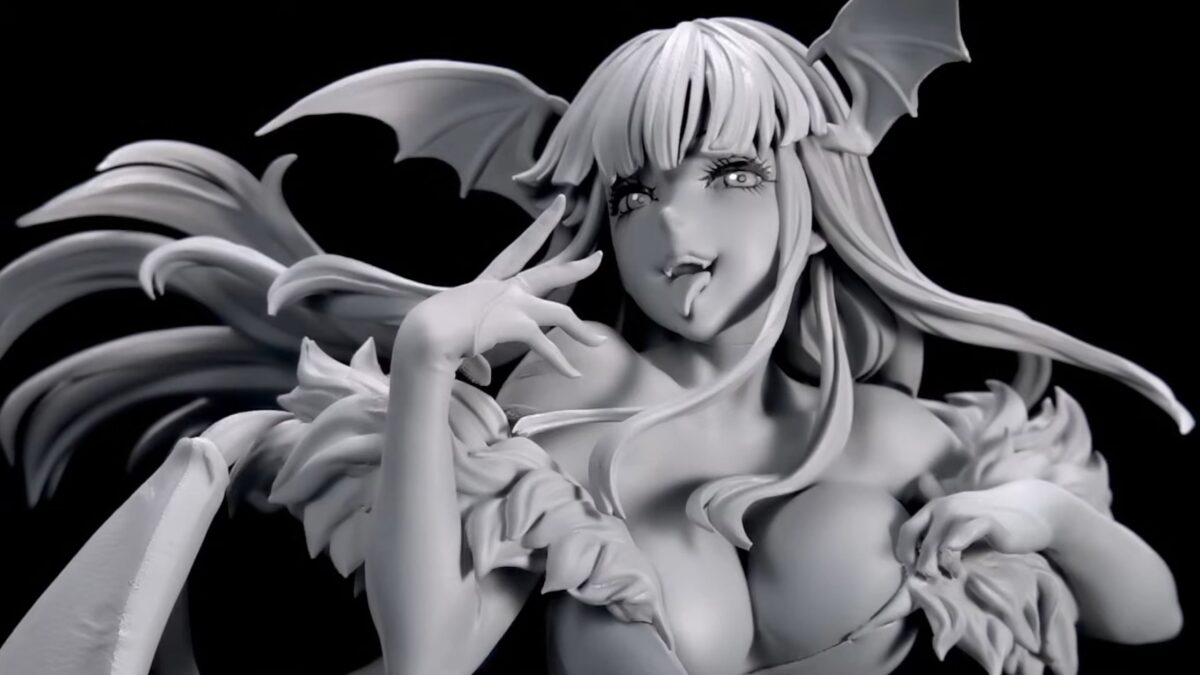 While Capcom hasn’t given much love to the Darkstalkers fighting game series in the past several years, Japanese figure manufacturers haven’t forgotten.

The series is going to receive a series of figures from Kotobukiya popular “Bishoujo” line, starting with iconic heroine Morrigan Aensland.

Today Kotobukiya released a video showing the prototype from an illustrator by popular artist Shunya Yamashita.

If you’re not familiar with the Bishoujo line, it’s a series of figures launched in 2009, aiming to reimagine characters from games, movies, and comics, giving there a Japanese aesthetic (or even more Japanese in the case of characters originally designed in Japan to begin with, like Morrigan).

More videos are supposed to come soon focusing on the illustration and sculpting and on the painting of the prototype.

Speaking of painting, the video shows that colored illustration, but the prototype showcased is unpainted. Of course, the finished product will be fully painted.

If you’re unfamiliar with the Darkstalker series (Known as “Vampire” in Japan), it originally debuted in 1994 in the arcades with Darkstalkers: The Night Warriors. The game was then ported in 1996 to the original PlayStation.

The latest release was Darkstalkers Resurrection in 2013, but it was simply a compilation of the second and third games of the series ported to PS3 and Xbox 360 and released digitally.