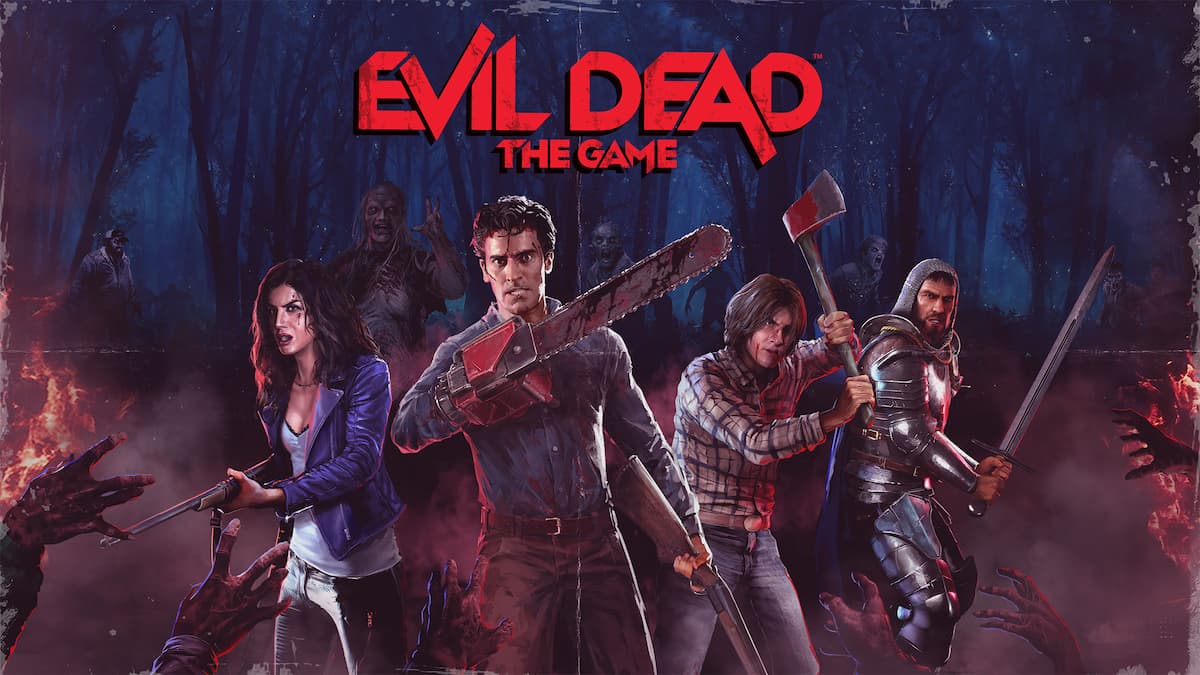 Evil Dead: The Game features a 4v1 multiplayer mode where four survivors must work together to defeat the Kandarian Demon, and regardless of which side you choose, you’ll definitely run into a few obstacles on your path to victory. With that said, here are some tips to help you win your matches in Evil Dead: The Game.

Use Your Spirit Points

First off, regardless of whether you’re playing as a Demon or survivor, you absolutely want to make sure that you’re always spending your Spirit Points as you earn them. Your characters gain experience points as you complete matches with them, and whenever you level up, you gain a Spirit Point.

These can then be used to unlock perks for each individual character and even boost their stats, and ideally, you want to bring your characters up to level 25 to unlock all their passive benefits. This can definitely be a grind as Spirit Points aren’t shared, but you should certainly commit to a small handful of characters and focus on leveling them up.

When playing as a survivor in Evil Dead: The Game, it can be tempting to just rush the main objectives before the Demon levels up too much. However, that’s the biggest beginner mistake you can make, as loot is incredibly important in this game.

It’s absolutely essential that you try to get higher rarity tier weapons before you start going for the Necronomicon and the Kandarian Dagger. Stronger weapons will make a huge difference in the later battles, as will Amulets and the number of healing items you have on you. Always take the time to loot in between your objectives, or you won’t stand a chance against the Demon in the final wave.

Speaking of looting, you’ll also want to use the flashlight to scan your surroundings while looting items. Having the flashlight on can sometimes reveal hidden items, and while they won’t be anything game-breaking, having more items to loot is always a good thing.

Try to stick with your fellow survivors while exploring the levels in Evil Dead: The Game as much as possible. At the beginning of the match, you can probably afford to split up a little as you gather up the three map pieces, but once you move to the second phase, your team needs to stick together so that the Demon can’t just pick you off one by one as it gets stronger.

In addition to that, staying together has its benefits, such as being able to loot more effectively. If your teammates are playing well, they’ll often mark supply crates and other weapons, allowing you to grab them quickly if you need to. Being in a pack also lowers your Fear meter, making it harder for the Demon to possess you.

Survivors: Be Quiet and Stealthy

When the match starts, you’ll also want to avoid making too much noise. Firing a gun or driving a car around and honking away will alert the Demon to your position, which is not a good thing to have happen early on. If the Demon locates you early, it’ll be much easier for them to harass you throughout the entire match, making things very difficult for you.

Because of that, we recommend using your melee weapon as much as possible. The idea here is that you want to buy yourself time to gather all three map pieces and gear up properly before you’re forced to finally confront the Demon.

Survivors: Use Your Pink F Wisely

Finally, as survivors, you’ll also gain access to Pink F Points, which are obtained by opening supply crates. Depending on which character you’re playing as, you’ll want to upgrade different things first, but Fear, Health, and Stamina should almost always be your first picks. These three core stats will help a lot with your survivability, and after you have at least one point in each of these categories, you can start maxing out your Melee or Range stats to increase your damage output.

Demons: Pick Up All the Infernal Orbs

As a Demon player, your focus should be on picking up all the Infernal Orbs you can find on the map. While it might seem like there are too many Orbs scattered all over, trust me it’s not enough. As your Demon level goes up, it’ll become increasingly more expensive to summon the more powerful minions and possess the survivors.

During the early minutes of a match, you’ll want to grab as many Orbs as you can while tracking down the survivors. Once you do find them, you should hopefully have a good store of Orbs to start wreaking havoc.

Demons: Only Strike When You Find the Survivors

As mentioned previously, you should be spending your time picking up Orbs when a match starts. To follow up on that, you’ll also want to save them up for when you actually find the survivors. It can be tempting to lay traps all over the map, but that’s a very inefficient use of your Orbs.

When you locate the survivors, that’s a good time for you to start laying traps all around them and start spawning minions to attack them. Basically, you want to save up all your Orbs for these big confrontations with the survivors to really slow them down and force them to spend even more time looting before they’re able to move on to their next objective.

Demons: Possess Everyone and Everything

Finally, possession is one of the most powerful abilities you have as a Demon player, so you’ll want to make use of that whenever the opportunity comes up. Traps will help to raise a survivor’s Fear level quickly, allowing you to possess them once their meter passes the threshold. There are a few things you can do once you’ve possessed a player, such as wasting their ammo, attacking other players, or just running away so you can separate them from the group.

You can also possess vehicles in Evil Dead: The Game, which can realy debilitate a group especially if their next objective is really far away. Whenever you possess something, make sure you’re doing all you can to really harass the group and make their lives even more difficult.

That does it for our list of tips on how to win in Evil Dead: The Game as a survivor or Demon. Be sure to search for Twinfinite for more tips and information on the game.