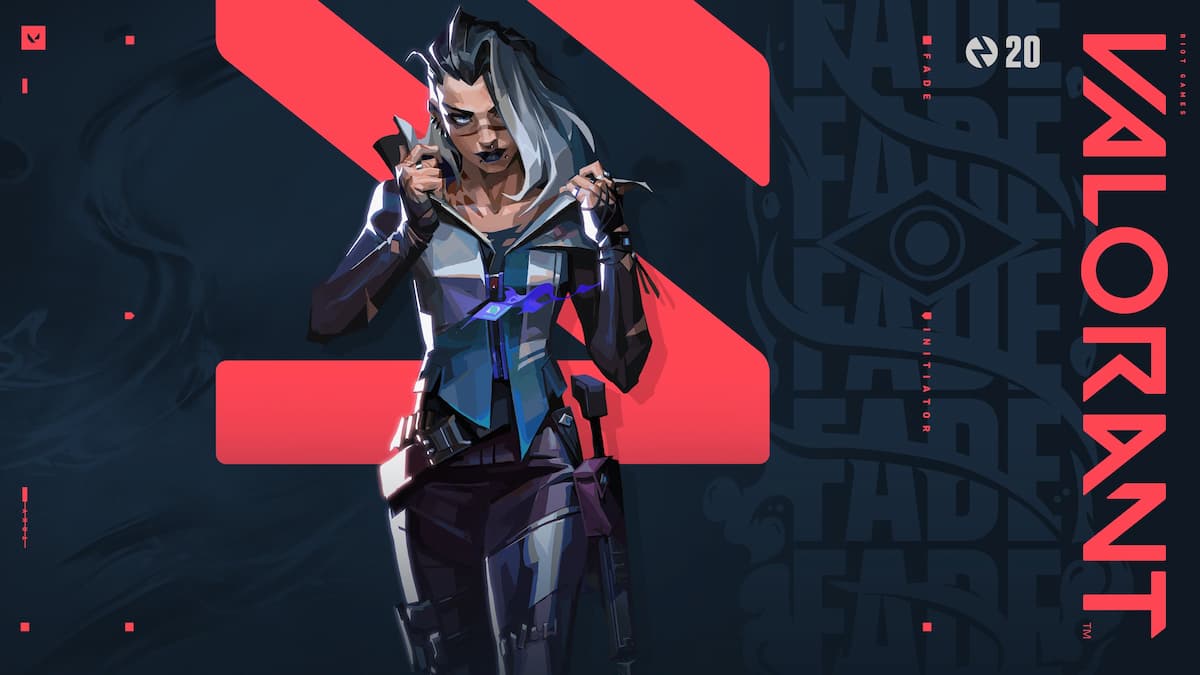 There’s nothing quite like a new Valorant Agent reveal, and the game’s latest addition to the roster is among the coolest yet. Fade, a Turkish initiator with a spooky belt of utility, looks set to impact the meta in a big way when she launches next week, and today we’ve got a first look at how her abilities work.

If you’ve been keeping up with Twinfinite’s coverage of Fade so far, previously codenamed ‘Bounty Hunter,’ then you might have seen the leak of her abilities from a couple of weeks ago, first shared over on Reddit. As it turns out, that leak was absolutely spot on. Although, we should note that the ability names aren’t official as yet since the press release sent to us did not use the same terminology as that of the leak. We’ll update this article once we know more.

Below we’re going to break down each ability, but this time we’ll include footage of each, which has been provided to Twinfinite by Riot Games:

Equip a nightmarish entity. FIRE to throw the orb which will plummet to the ground after a set amount of EQUIP a Prowler. FIRE will send the Prowler out, causing it to travel in a straight line. The Prowler will lock onto any enemies or trails in their frontal vision cone and chase them, nearsighting them if it reaches them. HOLD the FIRE button to steer the Prowler in the direction of your crosshair.

Equip an orb of nightmare ink. FIRE to throw the orb which will plummet to the ground after a set amount of time. Upon hitting the ground, the ink will explode and create a zone in which enemies who are caught in it cannot escape the zone by normal means. RE-USE the ability to drop the projectile early in-flight

EQUIP an orb. FIRE to throw the orb. The orb will travel in the air a max time of 1.5s until dropping to the ground. Once it hits the ground, it raises back up and turns into an Eye that can be destroyed. If the Eye sees opponents, it will REVEAL them and apply a TRAIL debuff that lasts 12s. Can be reactivated in the flight to drop the projectile earlier.

EQUIP the power of Fear. FIRE to send out a wave of nightmare energy that can traverse through walls. The energy creates a trail to the opponent as well as deafens and decays them.

Now that you’ve seen Fade’s abilities in full, let’s take another look at her appearance — something which has caused quite the stir across the internet ever since Riot’s official unveiling earlier this month. Above you can see a full 360 of the new Agent.

For more coverage of Valorant’s next Act of content, check out the new RGX-11z Pro 2 skin bundle, and the latest Battle Pass.