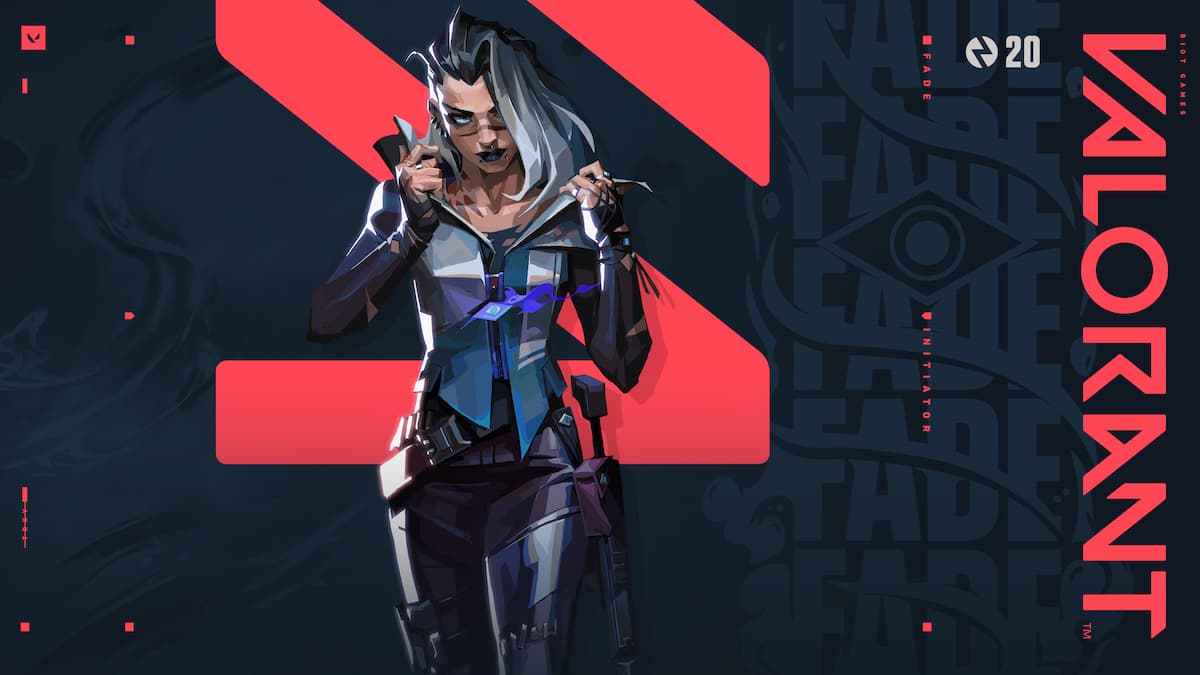 Valorant’s Episode 4 has already seen the introduction of one new Agent –Neon, the speedy Philipino duelist–, but there’s another on the way soon, and Riot Games has already begun teasing their arrival. Here we’ll be recapping everything we know about the new Valorant Agent ‘Bounty Hunter,’ including all abilities and information so far disclosed.

Update 04/13/2022: Patch 4.07 has added new easter eggs throughout the practice range that refer to a new Agent from Turkey. Also, advertisements around Turkish cities teasing the launch of a new Agent have been discovered.

Update 04/20/2022: Riot Games has since officially revealed keyart for Fade, showcasing her look for the very first time during Masters Reykjavik 2022. The image has been added at the top of this page.

Officially, Riot Games hasn’t provided too much in the way of firm information. A recent ‘State of the Agents‘ article from Valorant character producer John Goscicki offered some interesting tidbits, though. First up, the codename ‘Bounty Hunter,’ which was datamined weeks ago following the launch of Episode 4, Act II’s first patch but was only acknowledged by the developer in this recent article.

Next up, is the teaser image you see above that depicts a very Turkish-looking cup of coffee next to what appears to be Turkish Delight candy. If that wasn’t enough of a clue as to the nationality of Bounty Hunter, then the Turkish words “Herkesin bir korkusu var” all but confirm it. The sentence translates to “everyone has a fear,” which is a philosophy in keeping with the new Agents’ skillset as you’ll see below.

Well-known dataminer ValorLeaks has discovered that Bounty Hunter’s real in-game name is Fade. The in-game description is included in his Tweet below.

Fade, an Initiator, is the next agent coming to Valorant.

> Bury your fears, or she will hunt them. Fade, VALORANT’s new Turkish Agent, stalks her prey with equal parts terror and tactics. Go ahead, try to hide. #VALORANT

If you have taken a look around the practice range since the launch of Valorant’s latest Patch 4.07 earlier this week then you might have noticed some changes. New areas have been added, as well as various easter eggs scattered around the range that refer to a Turkish Agent that is being hunted by Brimstone, Neon, Sova, and the rest of the Protocol members. It all but confirms Bounty Hunter is from Turkey, and the nature of easter egg suggests they’re some sort of spooky creature/hunter that can inflict a near-sight-like ability. In other words, it appears as though the leaked abilities we’ve listed below may very well be legit.

And if we needed any more confirmation that Bounty Hunter was Turkish, advertisements across several Turkish cities are teasing the arrival of a new Valorant Agent:

Looks like Riot is putting up physical advertisements for the new Agent in Turkey!

Bounty Hunter has for a long time strongly been suspected as an Initiator Agent, similar to Skye, Sova, and Breach. Popular dataminer ValorLeaks seemed certain of this in a Tweet earlier this month after digging up files from Episode 4’s update patch. This wasn’t all that surprising given that there are just three initiators in the game so far, fewer than any other Agent-type. Still, there had been some speculation Bounty Hunter Might have been a controller. Not so, as it turns out.

In terms of abilities, the State of the Agents article cited earlier spoke of Initiator utility that would feel a little more “intimate” than, say, Sova, whose arrows can count info all the way across the map. Goscicki was clear that he didn’t want to spoil too much, though, and so officially we don’t have anything else to go on as yet.

Unofficially, though, it’s a different story: a huge leak might just have spilled the beans on all of Bounty Hunter’s abilities. Now, don’t take this as gospel quite yet as nothing has been confirmed, but the following information looks very real and many reliable sources (including ValorLeaks) seem to believe it’s accurate.

Copied from the Reddit article by u/I_Katie, which is based on a leaked screenshot that was posted in a public Discord server they were in, the image highlights all of Bounty Hunter’s abilities. These are as follows:

As you can see, Bounty Hunter lives up to their name with a kit that allows them to track enemies in order to quite literally hunt them down. They’re able to inflict vulnerability through a new debuff called ‘Trail,’ which both illuminates the target to friendlies and Bounty Hunter’s totems, which are called Prowlers. You’ll recognize the Prowlers as similar to Skye’s Seekers, or the Prowlers from Spike Rush.

Now, this is one piece of information that we simply don’t have; officially or unofficially, there’s no word as to when Bounty Hunter is yet to release. For our money, though, it seems likely that they’ll arrive at the launch of Episode 4’s Act III, which is in about a month’s time. So, not long to go, and we should have even more information over the coming weeks as the release date draws nearer.

For now, then, that’s everything there is to know about new Valorant Agent ‘Bounty Hunter,’ including all abilities and information so far disclosed. Until we know, why not check out our recent article ranking all of Valorant’s Agents into tiers? It will be interesting to see which tier Bounty Hunter enters at when they arrive!